There’s been a lot of big news over the last few weeks, but one of the nicest was the return of 13 Sentinels: Aegis Rim. After years of troubled development, the game finally came out in Japan to critical acclaim, but we’ve been patiently waiting for word on the western release, which we finally got. But unfortunately, we won’t get a nice throwback that Japan did.

If you’re unaware, developer Vanillaware was founded in part by George Kamitani. Princess Crown was directed by him, and was an early precursor to the unique 2D sidescrolling style released on the Sega Saturn and then later re-released on the PSP. In Japan, first runs of 13 Sentinels came with the game for free as a special throwback. But as seemingly confirmed by Koch Media France, who will be handing distribution in that region, that won’t be the case for the western release. It’s not too surprising, since the game was never localized outside Japan and it would probably be a decent amount of work to do so even if the game was a simple port.

Sentinels 13: Aegis Rim releases on the PlayStation 4 on September 8th. 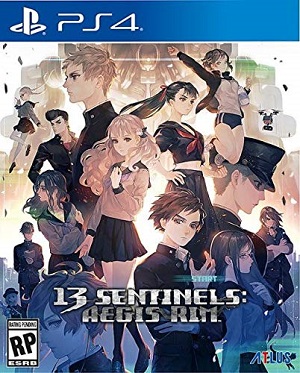