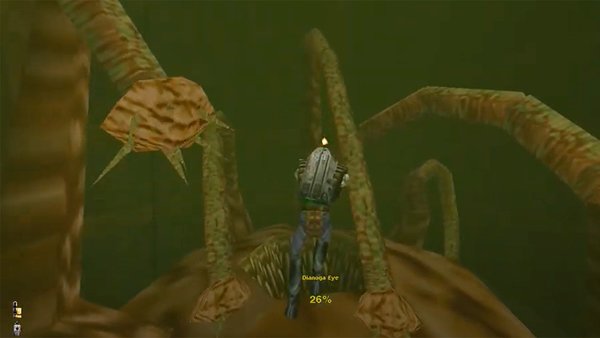 Shadows of the Empire’s infamous sewer level has gone down in history as one of the creepiest, most unsettling levels you’ll ever play in a video game, never mind the fact that it’s not even in a horror game. It’s only appropriate that it should culminate with a boss fight that’s just as scary. The flesh-eating giant dianoga is easily one of the most formidable foes you’ll come across in the entire game, and if you fought this boss when you were a child (as many did), there’s a very real possibility that it left you permanently scarred.