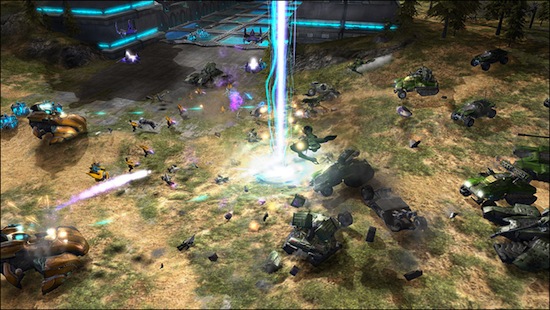 343’s creative director, Frank O’Connor, said that the original Halo Wars was a success in the companies eyes and that a sequel was on the cards. He did also say that they aren’t currently working on such a project.

“The funny thing about Halo Wars is it actually beat our sales forecasts, so it was a bigger success than we expected,” he said. “It was a big critical success and it’s still the number one selling RTS on consoles this generation. In that regard it was a huge success but is the will to do a sequel there? Who knows. We could do something that works on Kinect, for example. There’s no will against it but we’re not working on it right now.”

“We take risks in the universe and we always have done over the last ten years,” he added. “The new novel explores the Forerunner universe which was originally a mystery and it goes deep, it explores it pretty fully. The appetite for this stuff is huge as long as the quality is there – and that’s the way that we should approach it.”

Considering the controls worked so well in the original Halo Wars it would be a shame to see them ditched for motion controls, but a Kinect RTS does sound like an exciting prospect.