Capcom has dropped a sizeable chunk of new details on the highly-anticipated remake.

There’s a cavalcade of promising horror games set to launch in the near future, but even though there’s going to be an embarrassment of riches for genre fans, one game that already seems to be standing head and shoulders above its peers in terms of the hype it’s generating is the upcoming remake of Resident Evil 4. So, it’s no surprise that there’s no shortage of excitement surrounding its remake- and recently, Capcom gave us an extended look at it, showcasing plenty of gameplay footage and revealing new details. Here, we’re going to cover the biggest of those details. 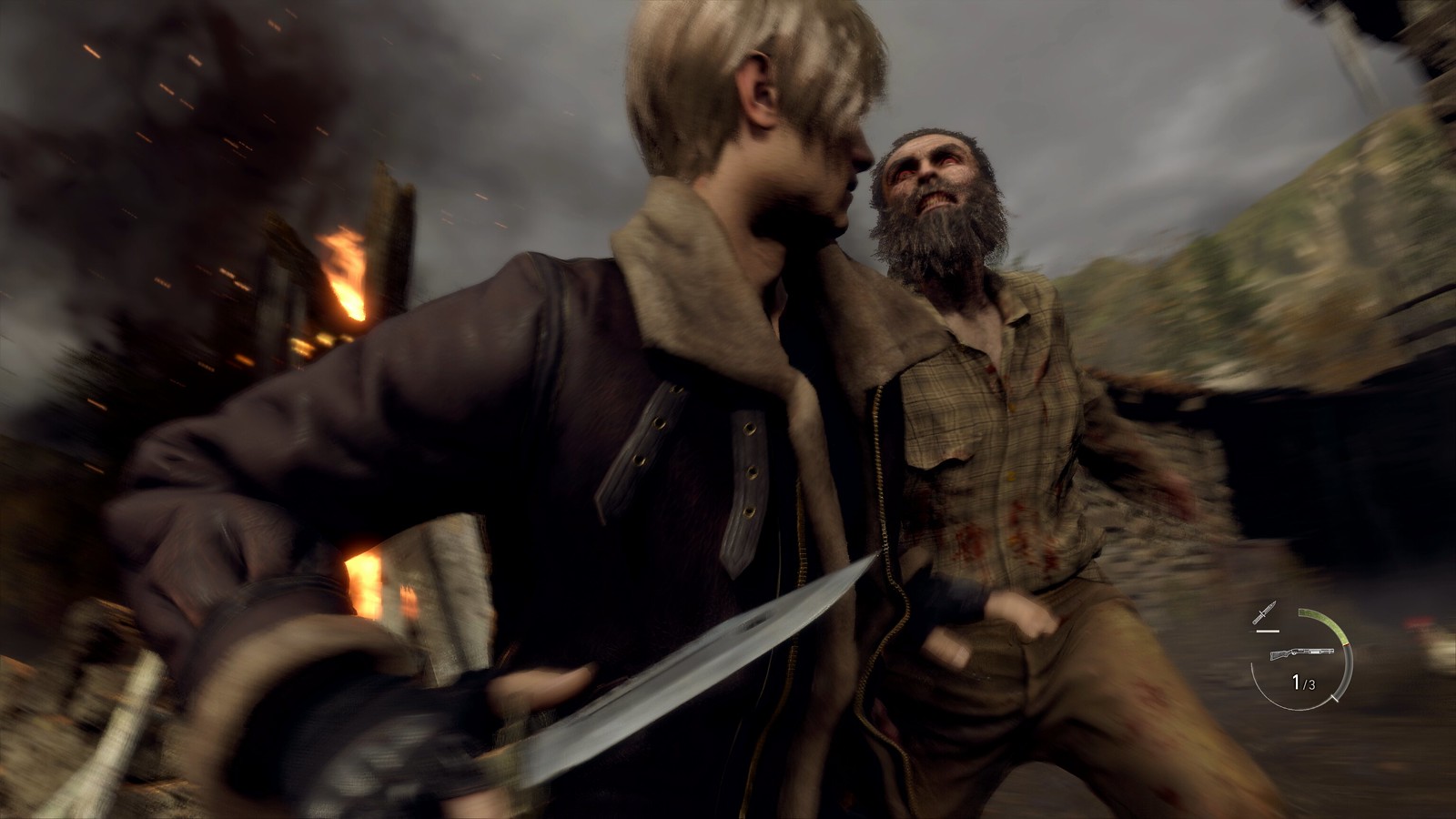 The knife is obviously coming back in the Resident Evil 4 remake, but it’s going to take a different form. Knives are going to be implemented similar to how they were in 2019’s Resident Evil 4 remake- players will scavenge them from environments, and each knife will have a durability meter that will determine how long it’ll last before it breaks. Other than slashing at foes and objects in the environment, players will also be able to use it to counter incoming enemy attacks, once again similar to RE2. Meanwhile, Capcom has also added a new parry mechanic, where Leon can use his knife to, well, parry incoming attacks. Hell, he can even block a chainsaw with his knife. 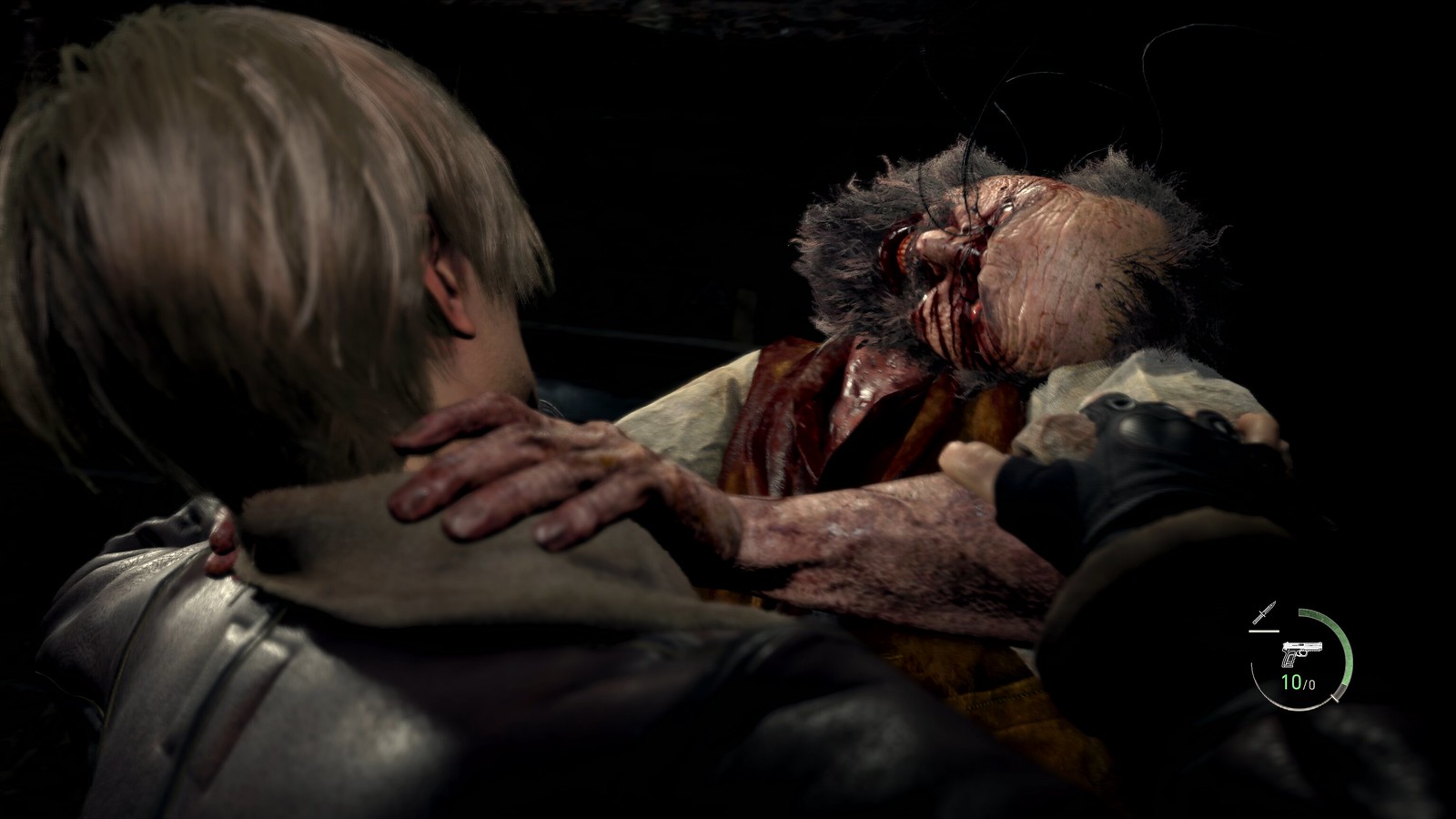 The original Resident Evil 4 made melee attacks an important part of its core combat loop, and it looks like that’s going to be the case in its remake as well. Capcom has said that Leon will be able to use various melee maneuvers, some of which were shown off in the recent gameplay demonstration. For instance, when enemies grab him and try to pin him in place, players can try and break free by mashing X (or A on Xbox). Fans of the original RE4 will also be glad to know that the roundhouse kick is coming back as well. Does this mean that the remake will also let players suplex enemies? Here’s hoping that’s one of Leon’s aforementioned melee maneuvers. 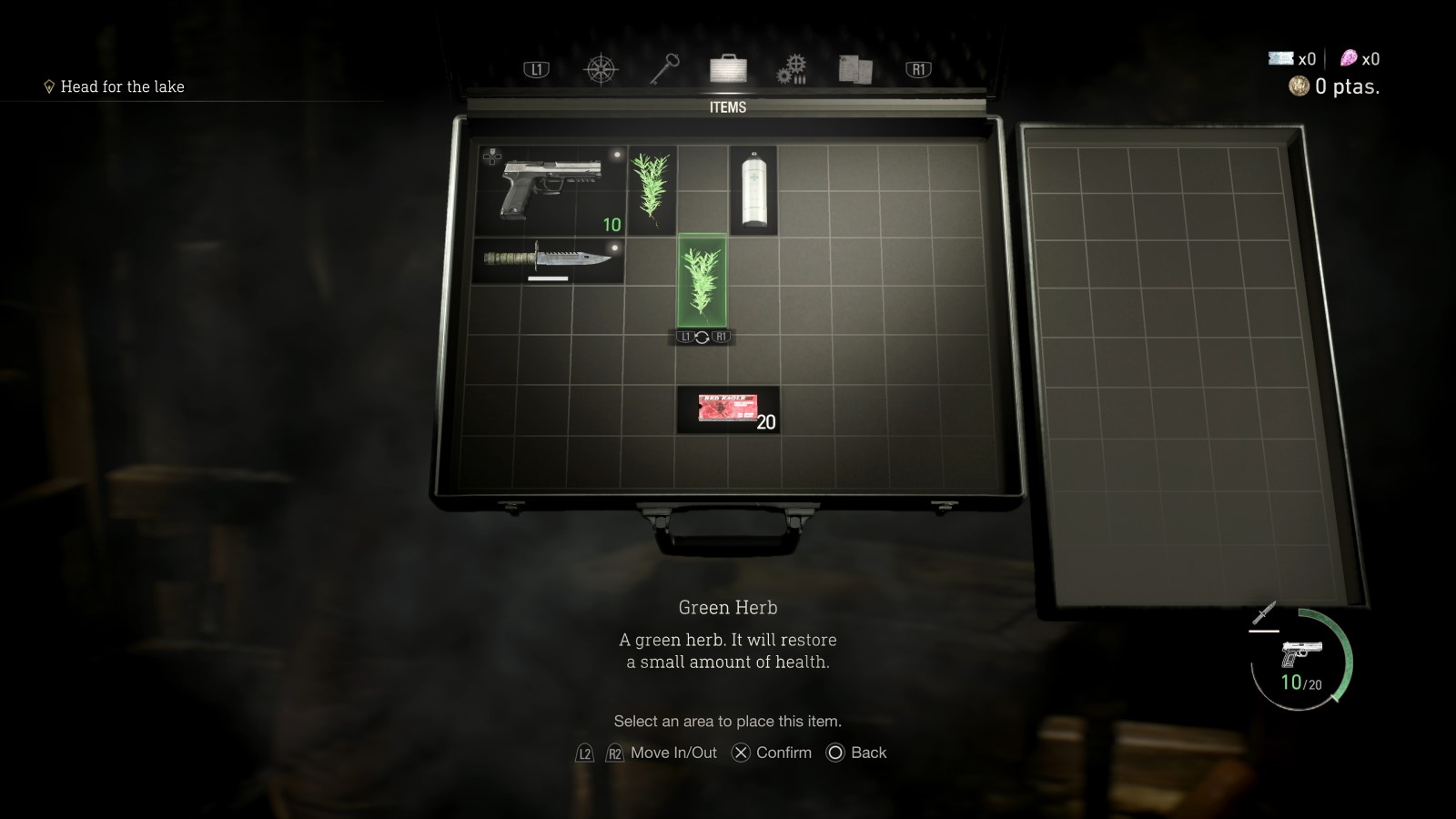 Resident Evil 4’s inventory management system was (and still remains) one of its best and most recognizable gameplay mechanics, and it’s being brought over in the remake- which shouldn’t be surprising, since 2021’s Resident Evil Village had a similar inventory system. The attache case, for those who’re unfamiliar with the original game, will task players with fitting items of varying sizes in a grid box, letting you maneuver and place items to make sure they fit. The attache case will also serve as your hub for crafting ammunition, herbs, and other items using the resources you’ve gathered. 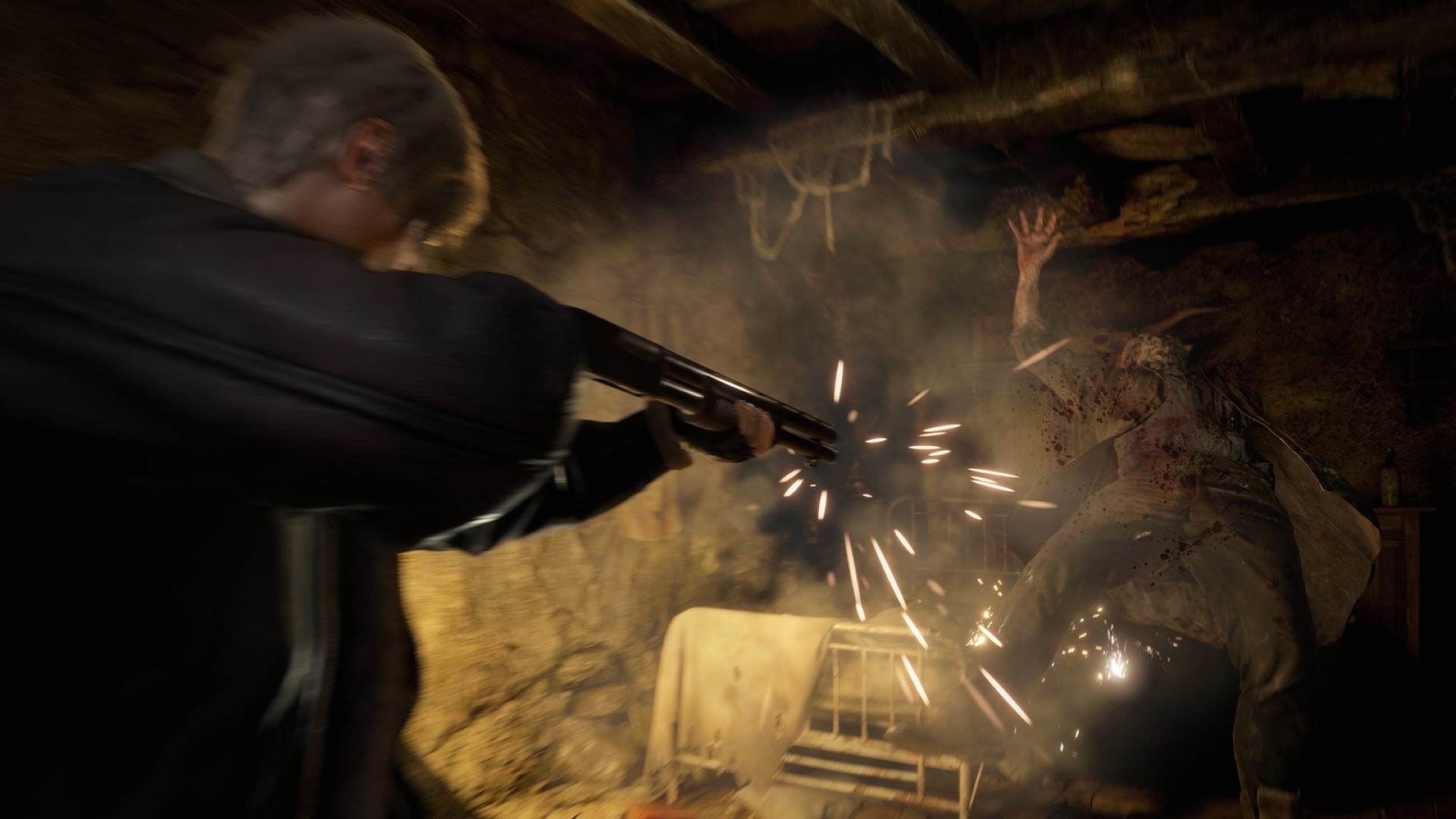 Various other tidbits of gameplay information have also emerged. For instance, Capcom has once again reiterated that resource and ammo management will be key, as you would expect from any survival horror game. It also looks like the remake is going to try and deliver a tense and action-packed experience, just as the original did, with enemies now also having several new ways to attack Leon. Interestingly, Leon will now also have the ability to crouch, allowing players to employ stealth and sneak past enemies. Here’s hoping stealth kills will be possible as well. 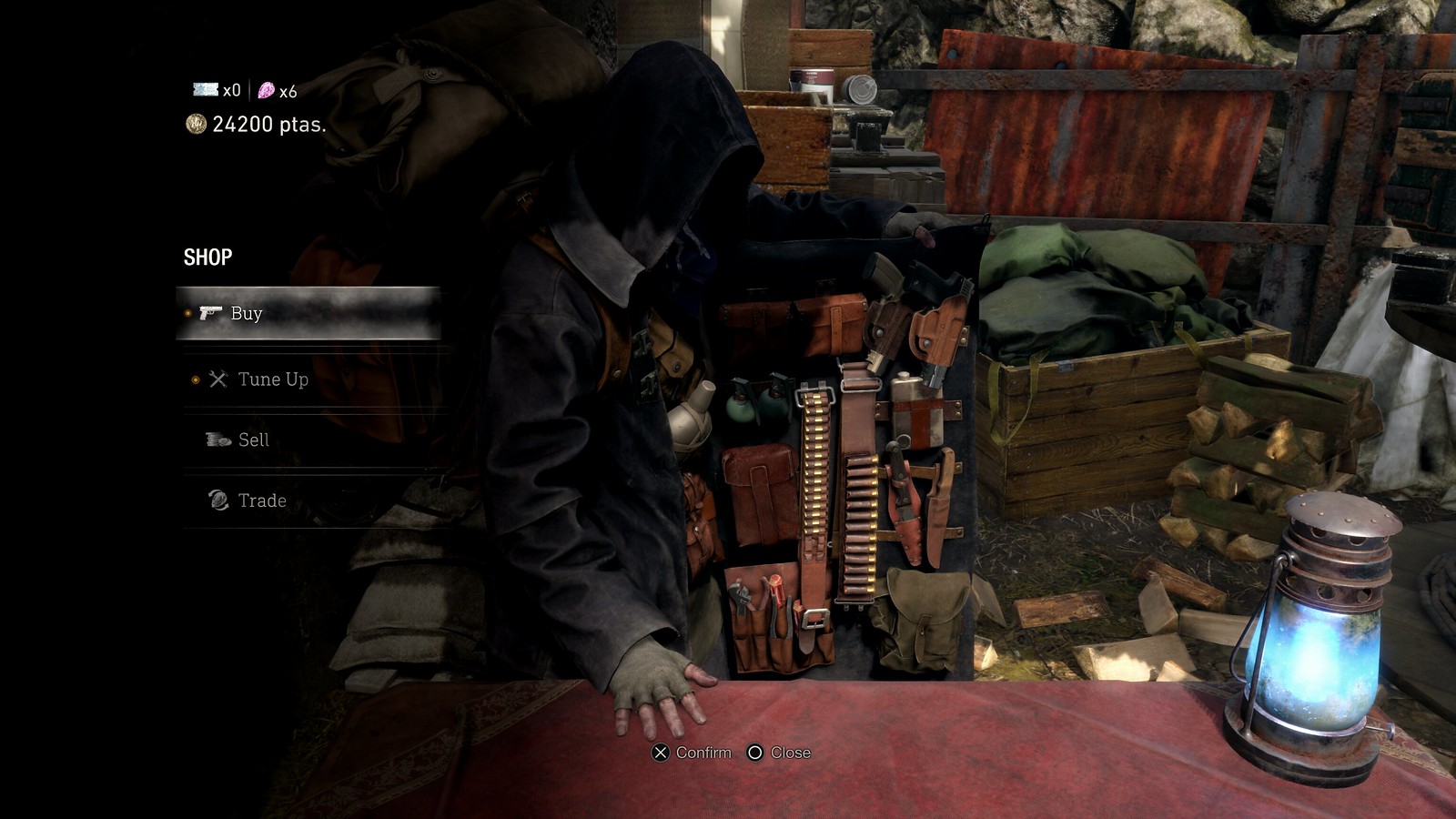 The Merchant is yet another element of the original Resident Evil 4 that has remained synonymous with the game several years on from its launch, so obviously he will be returning in the remake. Capcom showed off the character’s pleasantly faithful design, while confirming that, just like in the original, the Merchant is where players will buy new weapons and items, as well as customize and upgrade them. Knives’ durability can also be upgraded, which many players will be glad to know. Meanwhile, a new trading mechanic has also been added in, which will allow you to trade gems for special items and weapons. 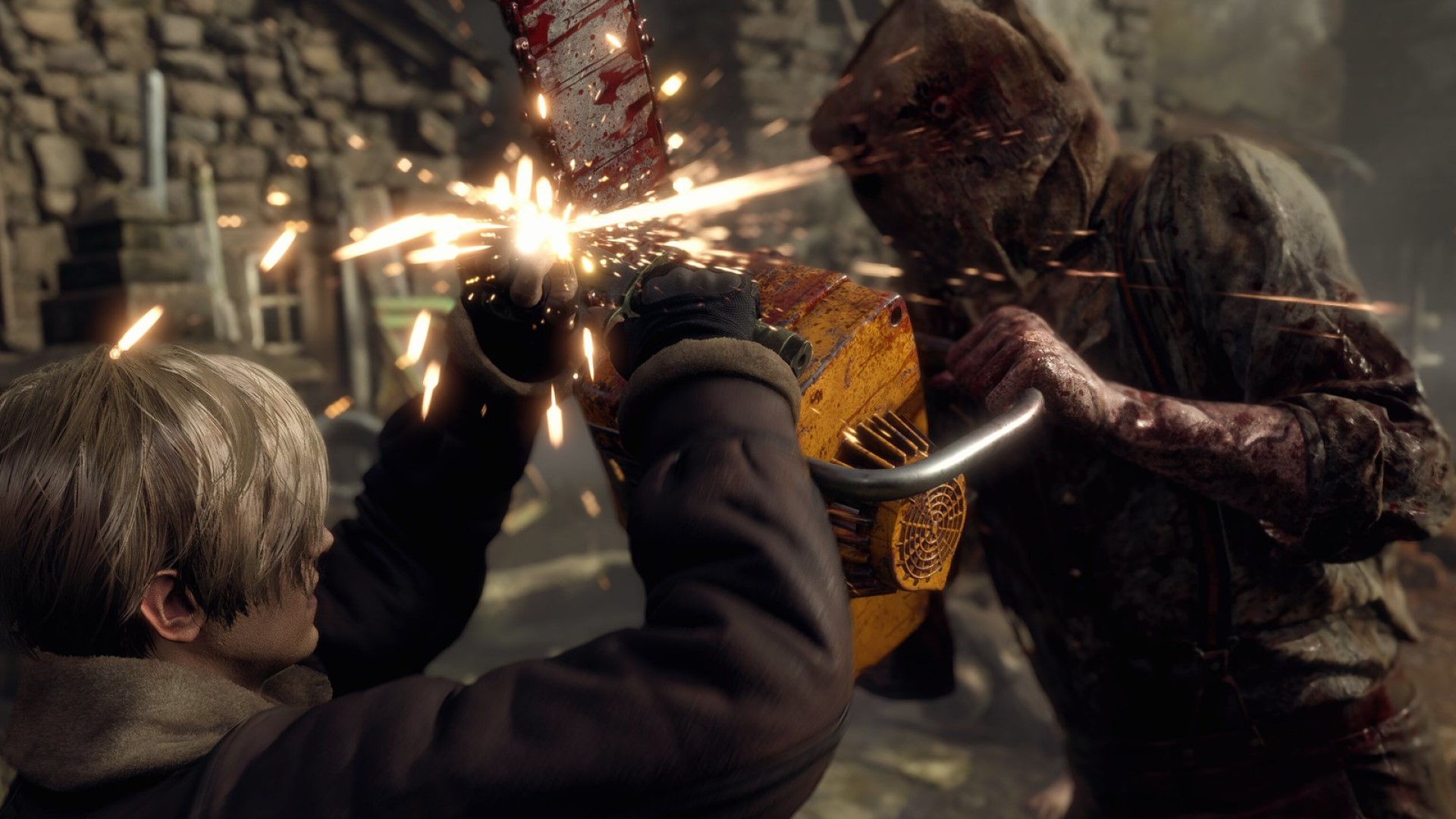 Resident Evil 4’s opening village section is perhaps one of the most iconic opening sequences in any game, ever, so how Capcom decides to recreate and reimagine that in the remake is obviously of great interest to series fans. We’ve now got a solid look at that section, and it’s surprisingly faithful to the original game (which hasn’t been what RE remakes have been known for). From the design of the arena to the placement of doors and paths, to, of course, the heightened sense of tension, RE4’s village opening seems to be doing a great job of faithfully recreating the source material while also appropriately modernizing it. Chainsaw man is obviously back as well, and it looks like he is, once again, going to be an absolutely terrifying foe.

How Capcom handles Resident Evil 4’s story in the remake is something that fans have wondered about often since the game’s announcement, and while it remains to be seen exactly how much it will change, add, and remove, it does seem like it’ll adhere to the larger story beats much more than RE2 and RE3 did. Luis Sera, Ada Wong, Ashley Graham, and Leon all featured prominently in the footage Capcom recently showed off, and based on that, it seems like their portrayal is going to be faithful to the original (with a much-needed layer of polish, of course). Several familiar locations have also been shown, including the village and the castle, though it remains to be seen whether they’ll be altered in any significant way. We also saw glimpses of Salazar and Saddler in the new trailer, but it wasn’t enough to get any sense of how those two will be portrayed. Salazar in particular is a character who is going to need a major overhaul, so hopefully that will be the case. 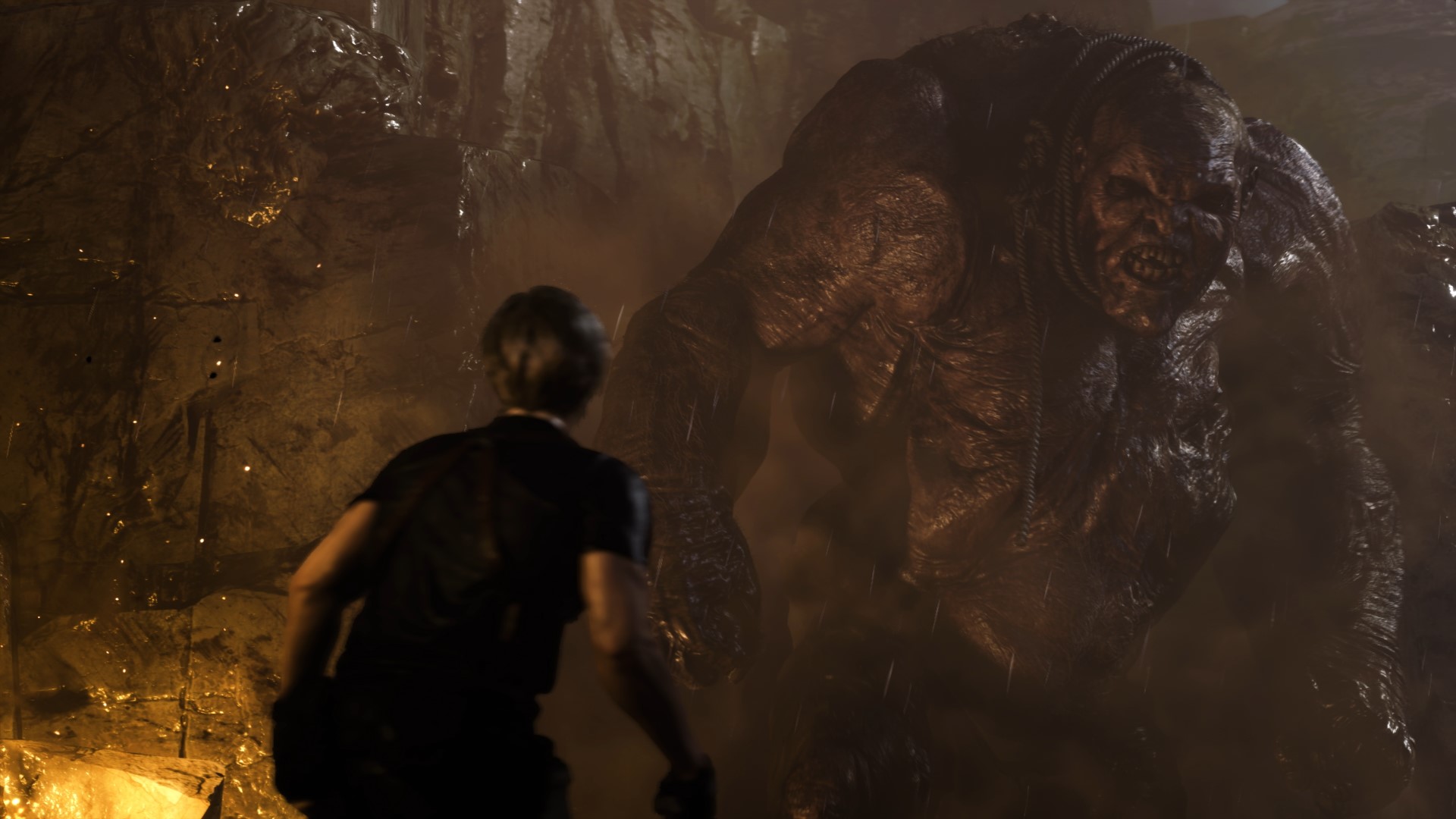 The original Resident Evil 4 is known for having a number of incredible boss fights, and we caught glimpses of quite a few of them in the remake’s most recent trailer. The massive troll-like creature known as El Gigante, the massive fish monster known as Del Lago, and the terrifying mutated form of Chief Menendez all showed up in the trailer, and they’re all looking suitably hideous. Of course, we didn’t see any actual gameplay footage of the boss fights themselves, but based on their visual design, it seems like the remake is going to do an excellent job of breathing new life into these memorable encounters. Let’s just hope that notorious Krauser boss fight ends up getting redesigned from the ground up though, yeah?