Posted By Shubhankar Parijat | On 14th, Oct. 2019 Under Article, Interviews

The Legend of Zelda may have moved on from its traditional structure to a more open-ended approach, but that old style is still very influential in the industry, and it’s one that works. Developers Sky9 Games have taken a crack at that dungeon-focused style with A Knight’s Quest, focusing on a blend of exploration, combat, and puzzles, to deliver a game that evokes classic action adventure experiences. We recently got in touch with the game’s developers to ask them some questions about the game, hoping to learn more about it. You can read our interview with Sky9 Games’ Mike Sleva below. 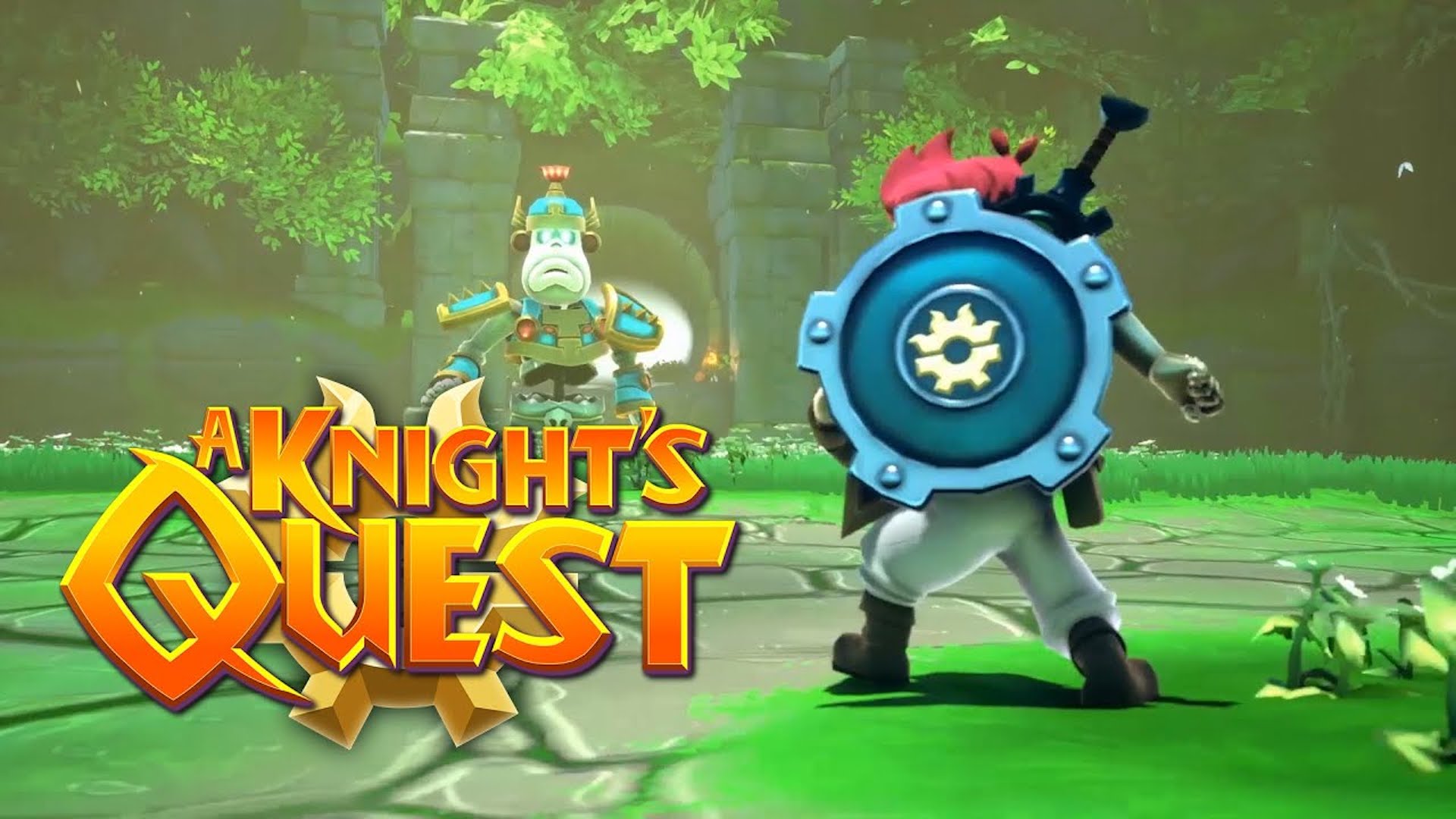 "A Knight’s Quest takes its inspiration from games of the 32-bit era so it emphasizes progressing through a story without taking itself seriously. "

How much of an emphasis does A Knight’s Quest place on story and storytelling?

A Knight’s Quest takes its inspiration from games of the 32-bit era so it emphasizes progressing through a story without taking itself seriously. Don’t expect any hour long cutscenes but also don’t expect to be able to ignore the story entirely.

It looks like A Knight’s Quest wears its Zelda influences on its sleeve- how much of an inspiration were Zelda titles for you during development? Are there any other games you’ve taken cues from?

Zelda is the most obvious inspiration in terms of structure, particularly Ocarina of Time and Majora’s Mask. We play a lot of games so we tend to look for inspiration everywhere but the most important ones in terms of tone are old-school PC adventure games like Monkey Island and PS2 classics like Ratchet and Clank. We tried to make the game as lighthearted as possible through wacky NPCs while still maintaining a genuine level of menace from the villains, as A Knight’s Quest is quite a bit more challenging than the N64 Zelda titles.

What kind of a balance is A Knight’s Quest looking to strike between combat, platforming, and puzzle solving?

How large is A Knight’s Quest open world setting?

It’s hard to put it in exact dimensions, but in terms of content the world is about the size of Twilight Princess and there are 7 dungeons, most of which get pretty expansive in their own right. 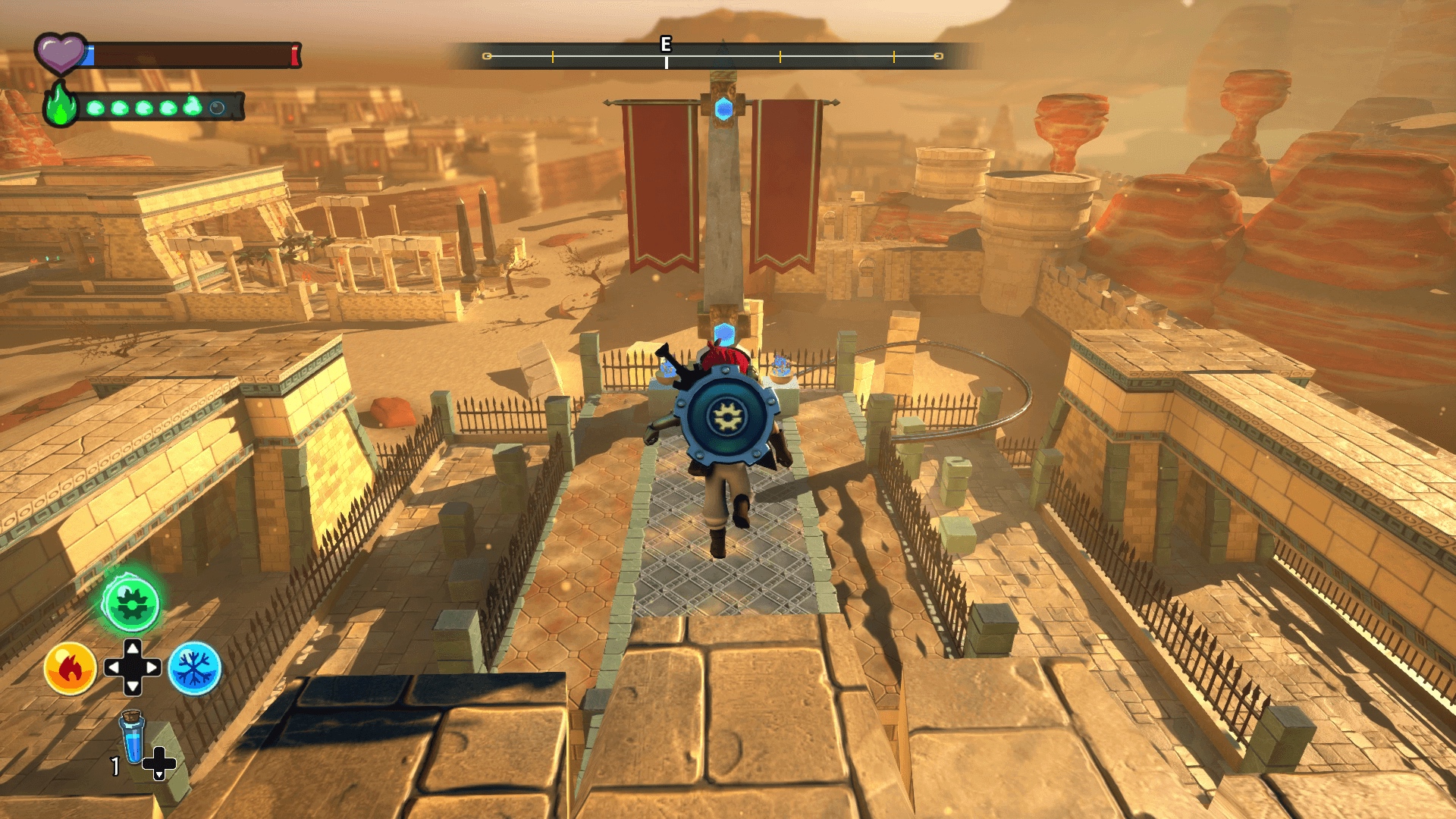 "As far as environment variety we love the classic biomes of Nintendo games so there are riffs on deserts, canyons, forests, swamps, beaches, mountains and more!"

Can you talk about how the game encourages exploration in terms of world design, environment variety, and optional activities?

As mentioned, the world design takes its cues from Zelda, so you’ll encounter areas that you can’t access without certain items but you’ll have everything you need by about the halfway point, at which point you can tackle the last 3 dungeons in any order. The game has a compass but we purposely avoided including a mini map so that even if you know the general direction you have to go, you’ll need to find your own way there. Plus there are lots of collectibles to draw you away from the critical path. As far as environment variety we love the classic biomes of Nintendo games so there are riffs on deserts, canyons, forests, swamps, beaches, mountains and more!

Speaking of variety, what can players expect in terms of enemy types and boss fights?

There are 7 dungeons, each with their own boss fight as well as dozens of enemies and creatures with unique attacks. We tried to offer as much variety as we could so you’ll fight giant lava demons, quick mages, enemies who stack on top of each other to attack you and more. Of course you’ll have access to a variety of weapons and abilities to deal with all of them.

About how long will an average playthrough of A Knight’s Quest be?

Around 30 hours. Much more for the completionist-inclined.