A Plague Tale: Innocence – 15 Things You Need To Know

Here's why Asobo Studio's narrative-driven adventure deserves all your attention.

The video games industry is in a place where almost all developers are looking to drive up long term engagement from audiences, whether that comes in the form of live service elements for online games, or in the form of large open worlds you can spend countless hours in with single player titles. Asobo Studio’s upcoming A Plague Tale: Innocence, however, is staunchly refusing both those ideas, as it sticks to its vision of telling a focused, driven story. For this reason and many others, there’s quite a few who’re giddily anticipating its launch, and we’re definitely in the same camp as well.

In this feature, we’ll be taking a look at fifteen major talking points from the game that you should know of, as we prepare for its imminent launch. Without further ado, let’s begin. 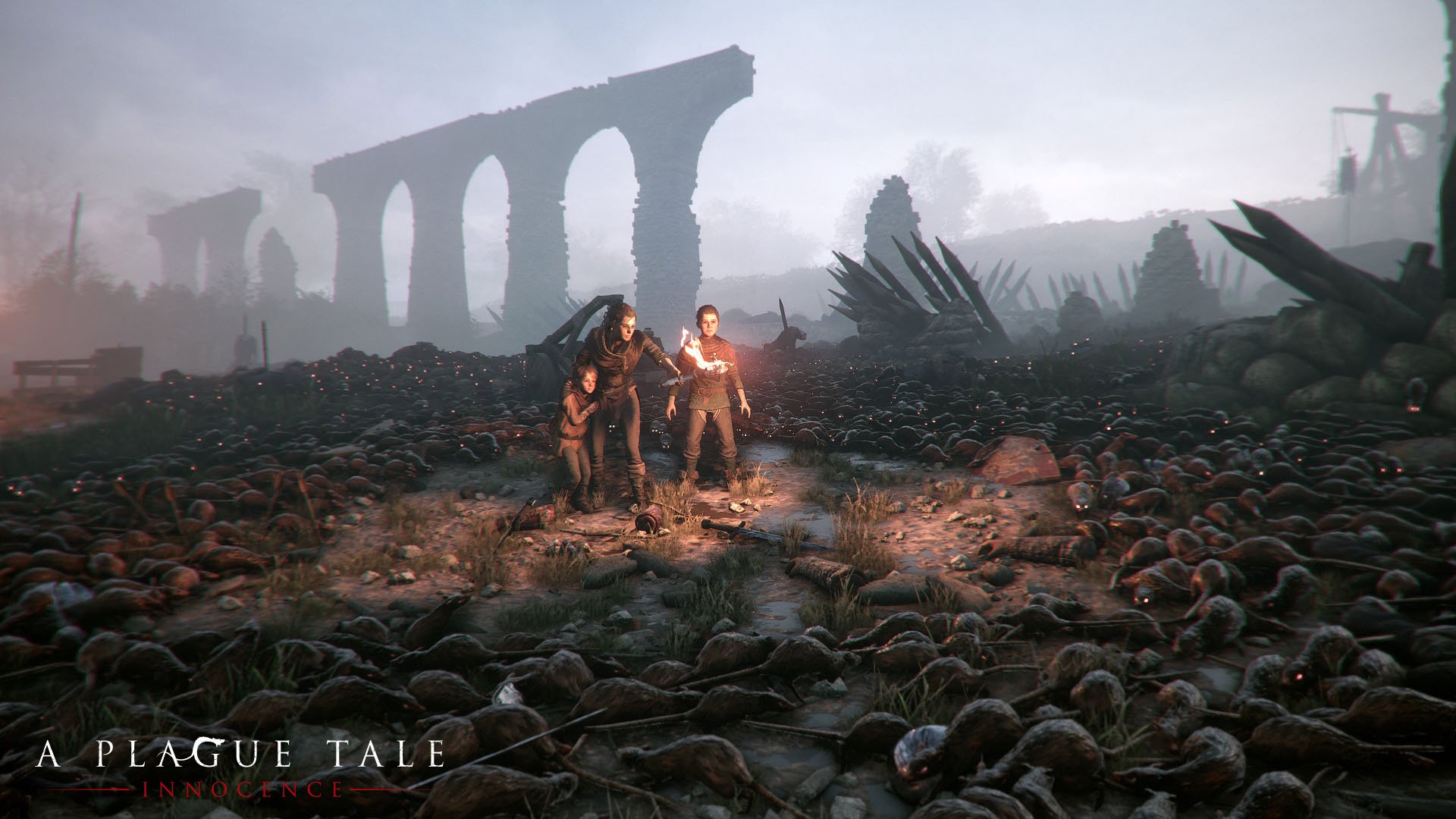 A Plague Tale: Innocence is set in 14th century France during the Hundred Years’ War and the Great Plague, with the focus being on dual protagonists Amicia, and her younger brother Hugo. After their parents are killed, the two go on the run, constantly looking to survive not just against those trying to hunt them down, but also against deadly swarms of plague-carrying rats. 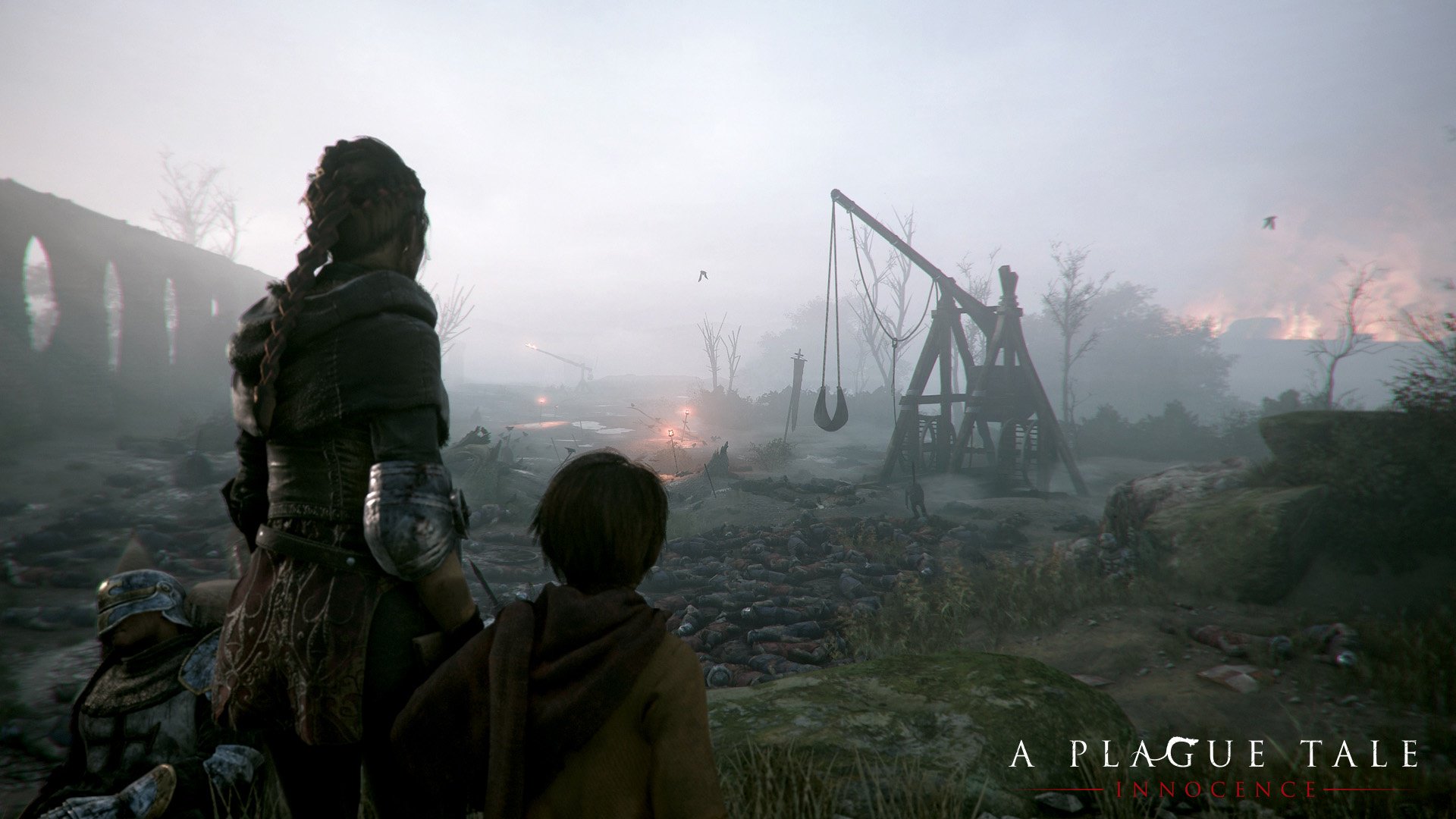 A Plague Tale: Innocence is obviously taking cues from actual historical events, which is obvious from the emphasis it places on elements like the Plague and the Inquisition, but it isn’t a completely historical title. The developers have been vague about this so far, but the deadly rats in the plague are going to bring supernatural elements to the story as well. How, and to what extent? It’ll be interesting to see. 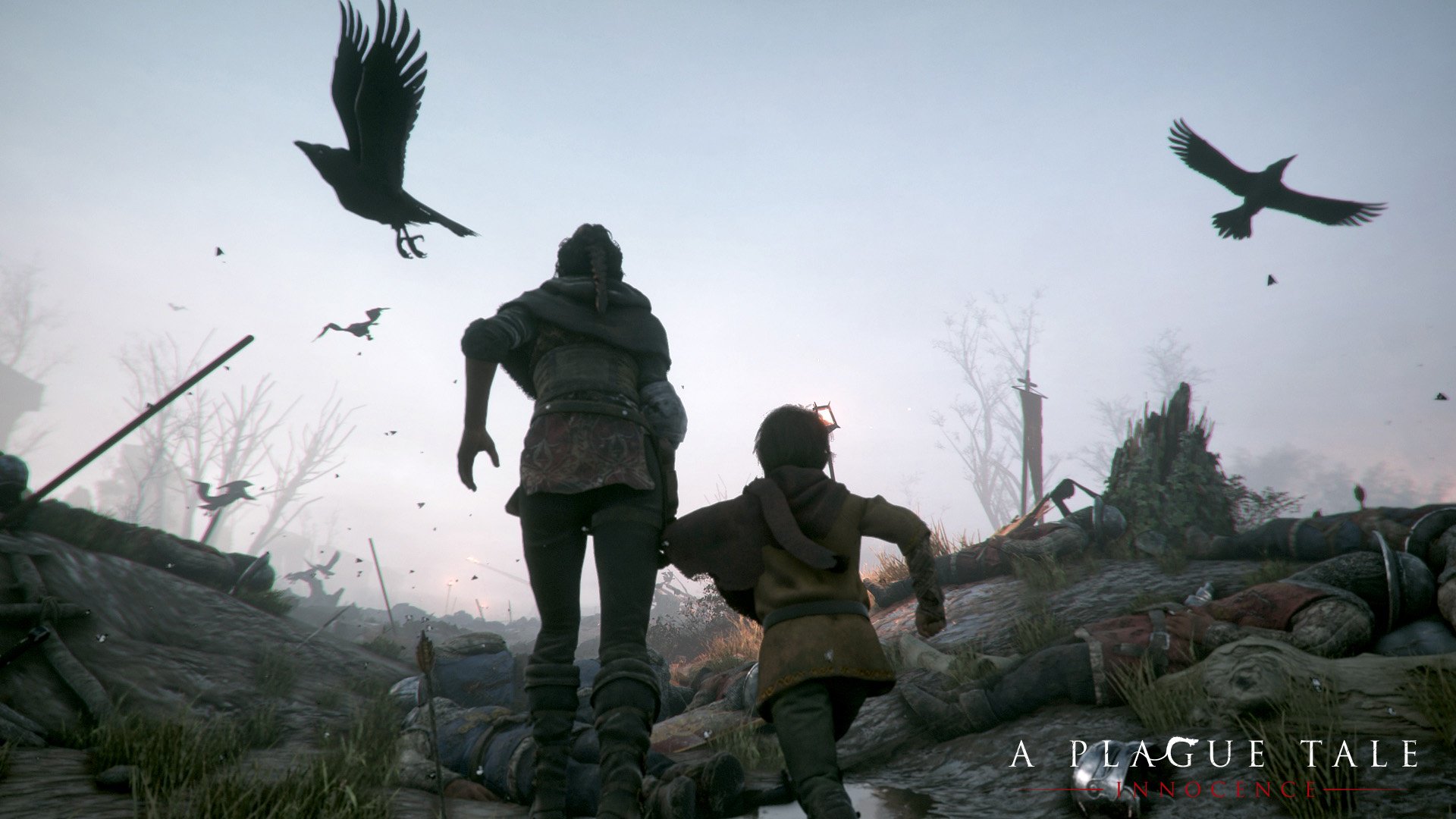 As you may have put together by now, though A Plague Tale has some pretty big things going on as the setup for the narrative, at its heart, it’s going to be a very personal story, putting the bulk of its focus on Amicia and Hugo, and their relationship with each other. At the beginning of the game, Amicia’s relationship won’t be the best, but as they go through unspeakable trials and tribulations together, we’ll see their bond developing and strengthening, as the two learn to trust each other. 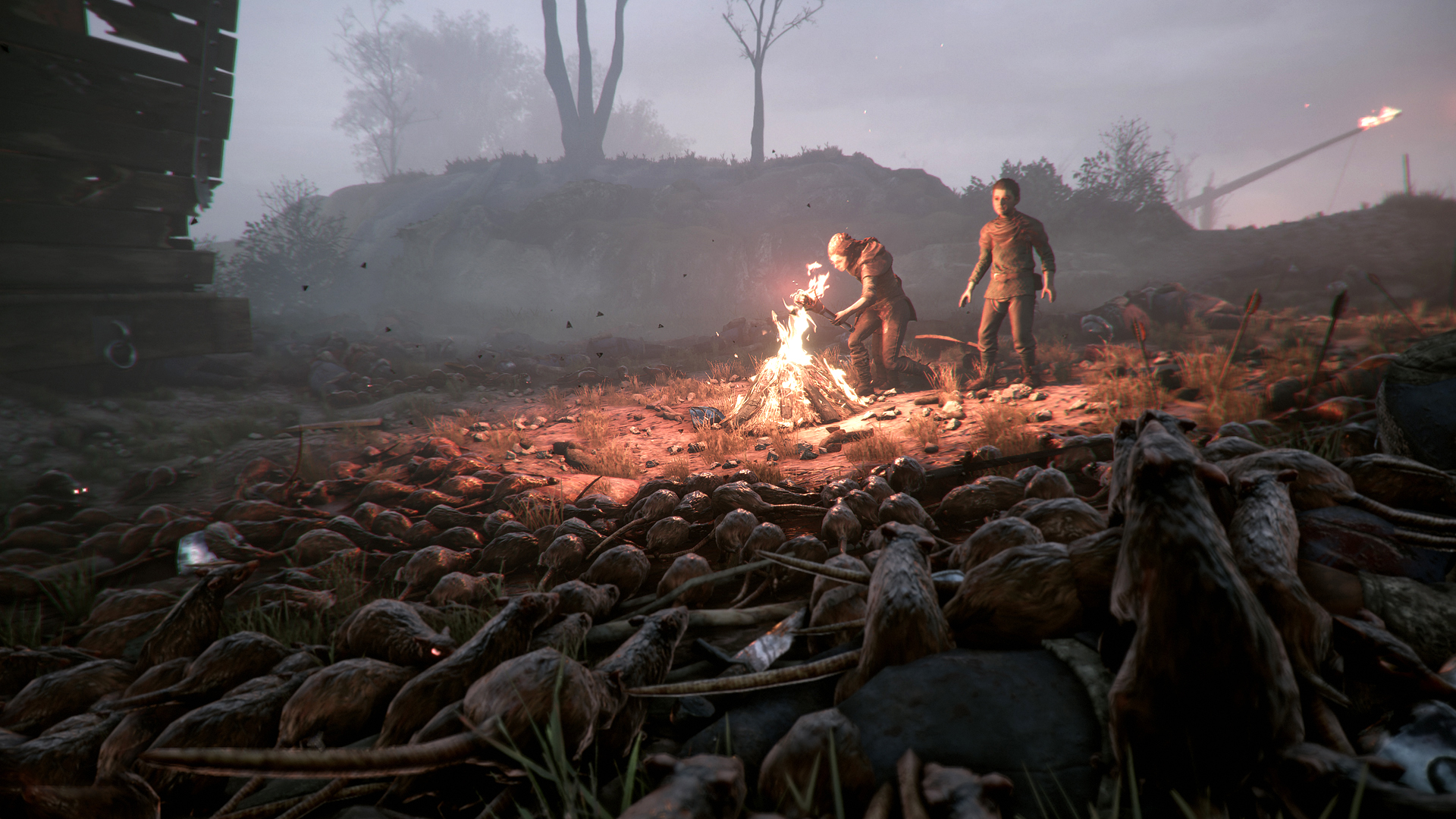 The rats have been the focal point of much of A Plague Tale’s marketing in the build up to its launch, and it’s easy to see why. These massive plagues of deadly disease-bearing rats are going to present a terrifying threat that players will have to deal with. The best weapon against rats is going to be light- any source of light. It should be interesting to see how that factors into the gameplay. 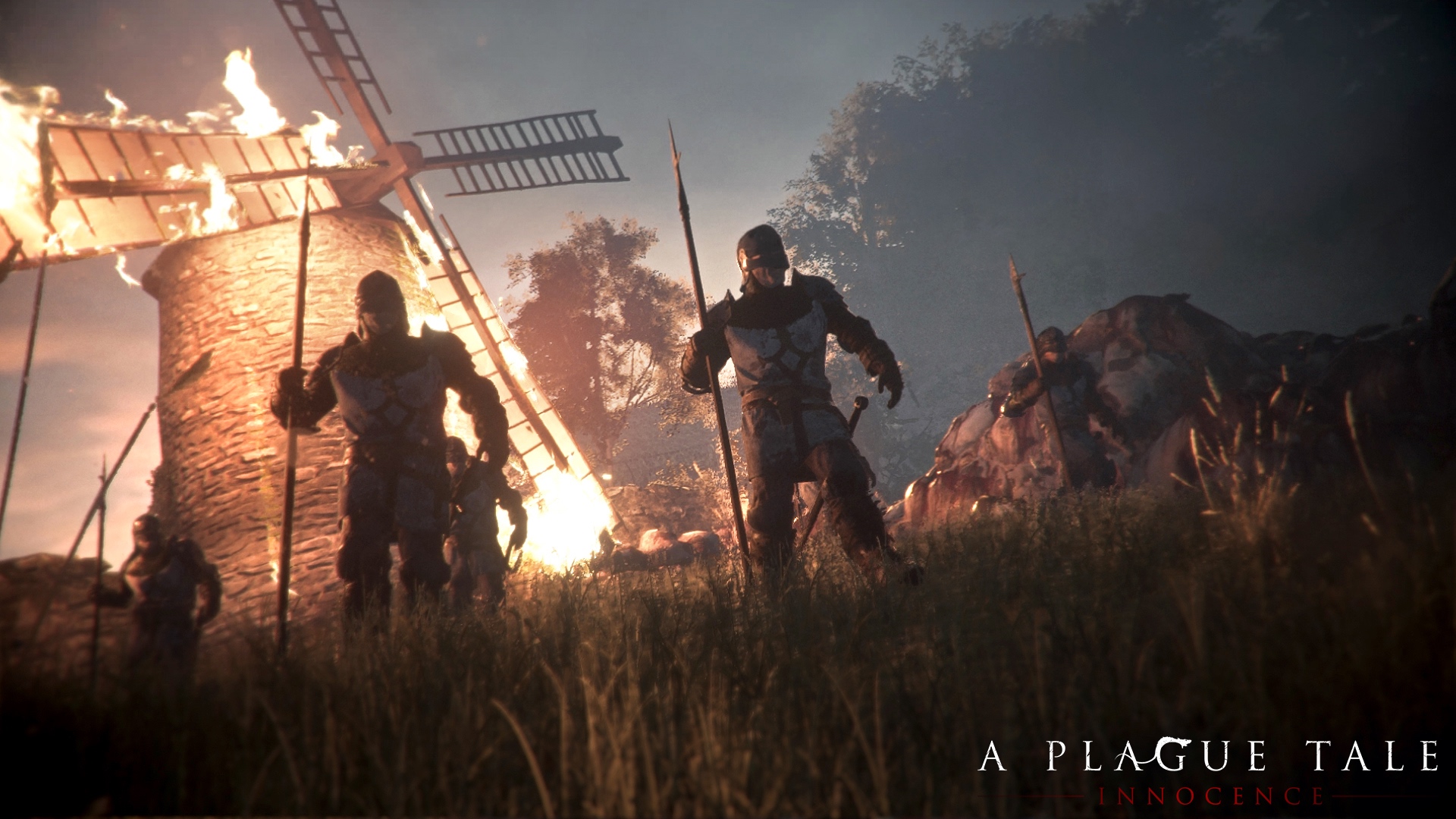 We’ve already spoken about the rats that Amicia and Hugo will have to contend with, but they won’t be the only threats they face. As we mentioned, Amicia and Hugo are on the run, and they’re constantly being chased and hunted down by Inquisition soldiers as well. While the rats will present a more natural force to reckon with, the Inquisition soldiers will bring their own dangers as well. 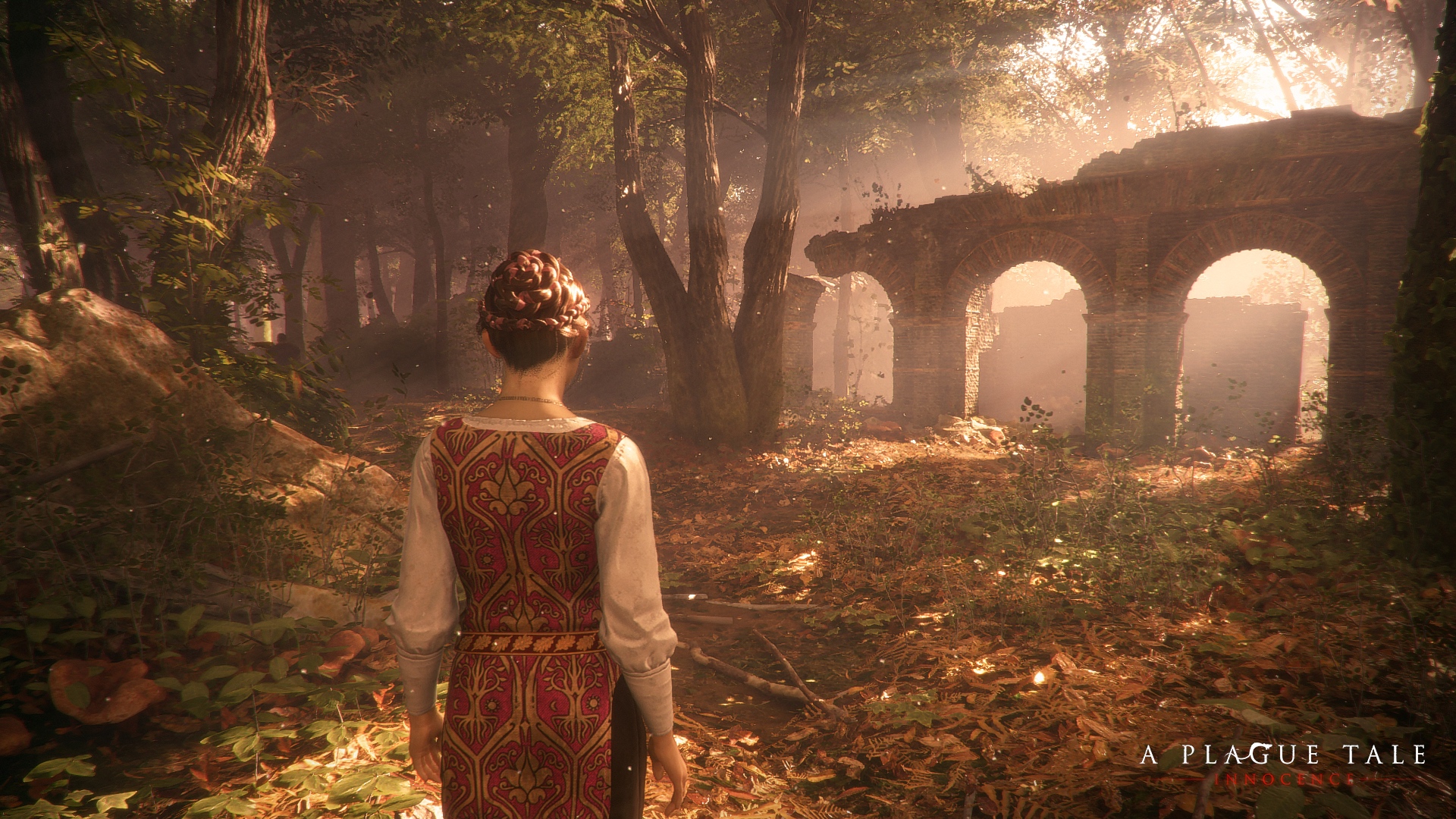 Stealth is going to play a major part in A Plague Tale: Innocence. Being children, Amicia and especially Hugo obviously won’t be equipped with taking on fully trained and equipped soldiers, so they will have to rely on sneaking past them. This should present some interesting challenges, since the rats are a threat that thrive in the dark and are repelled by light- but light, of course, isn’t ideal for stealth. Juggling the two and even using manipulating light sources to direct swarms of rats to attack Inquisition soldiers should be an intriguing challenge, 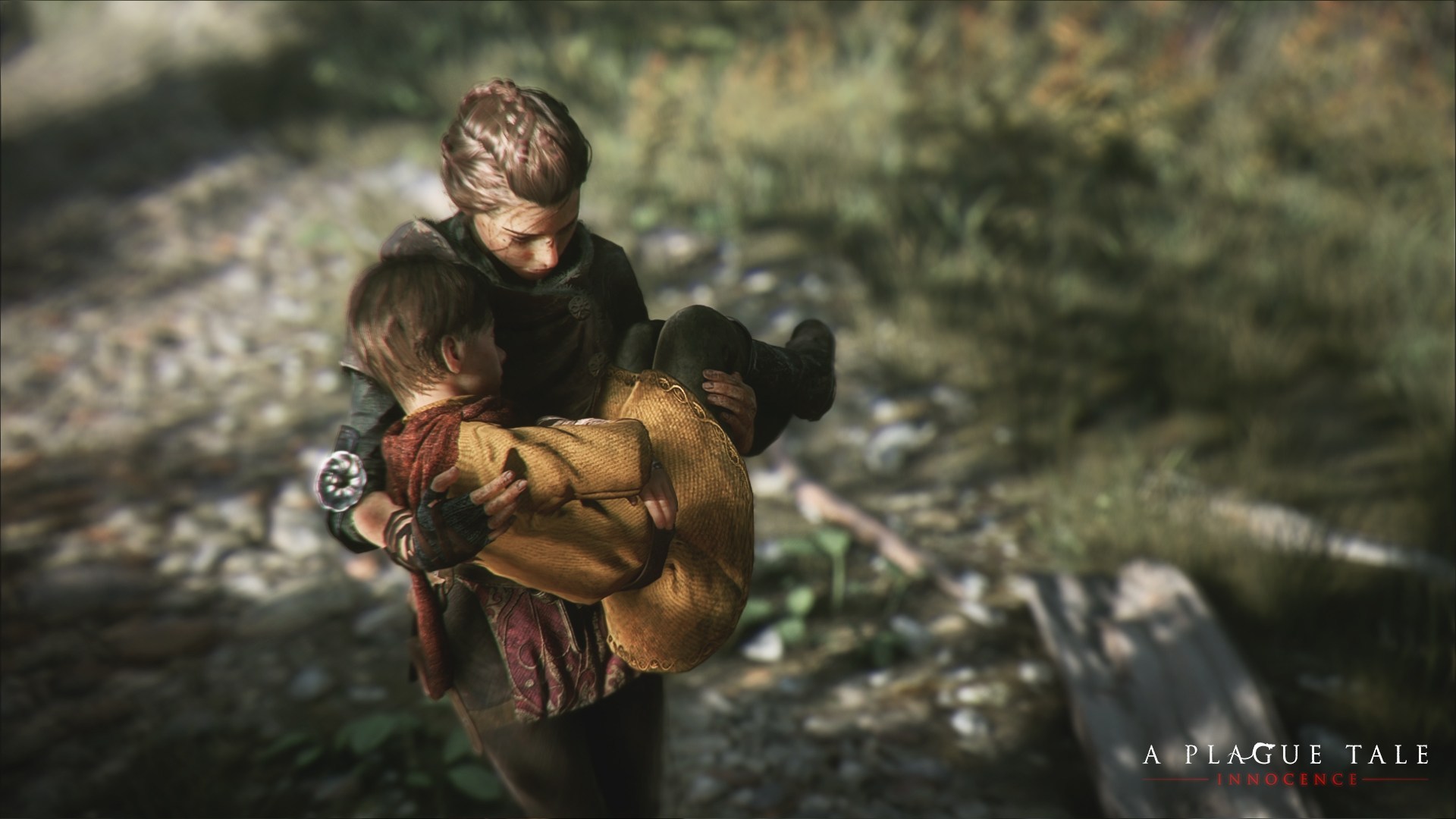 Amicia is going to be the only playable character in A Plague Tale, but of course, she’s always going to have to keep her little brother safe as well. Hugo’s AI, then, is also going to be a major factor in the gameplay. Hugo will automatically follow Amicia, but the players can give Hugo commands to stay in place or hide in specific spots. During stealth sections, players have to contend with protecting Hugo as well as dealing with other threats. For instance, if Hugo is left in one place for too long, he will start to panic, and in a panicked state could make noises that attract enemies to him, which is something players will also have to keep in mind. 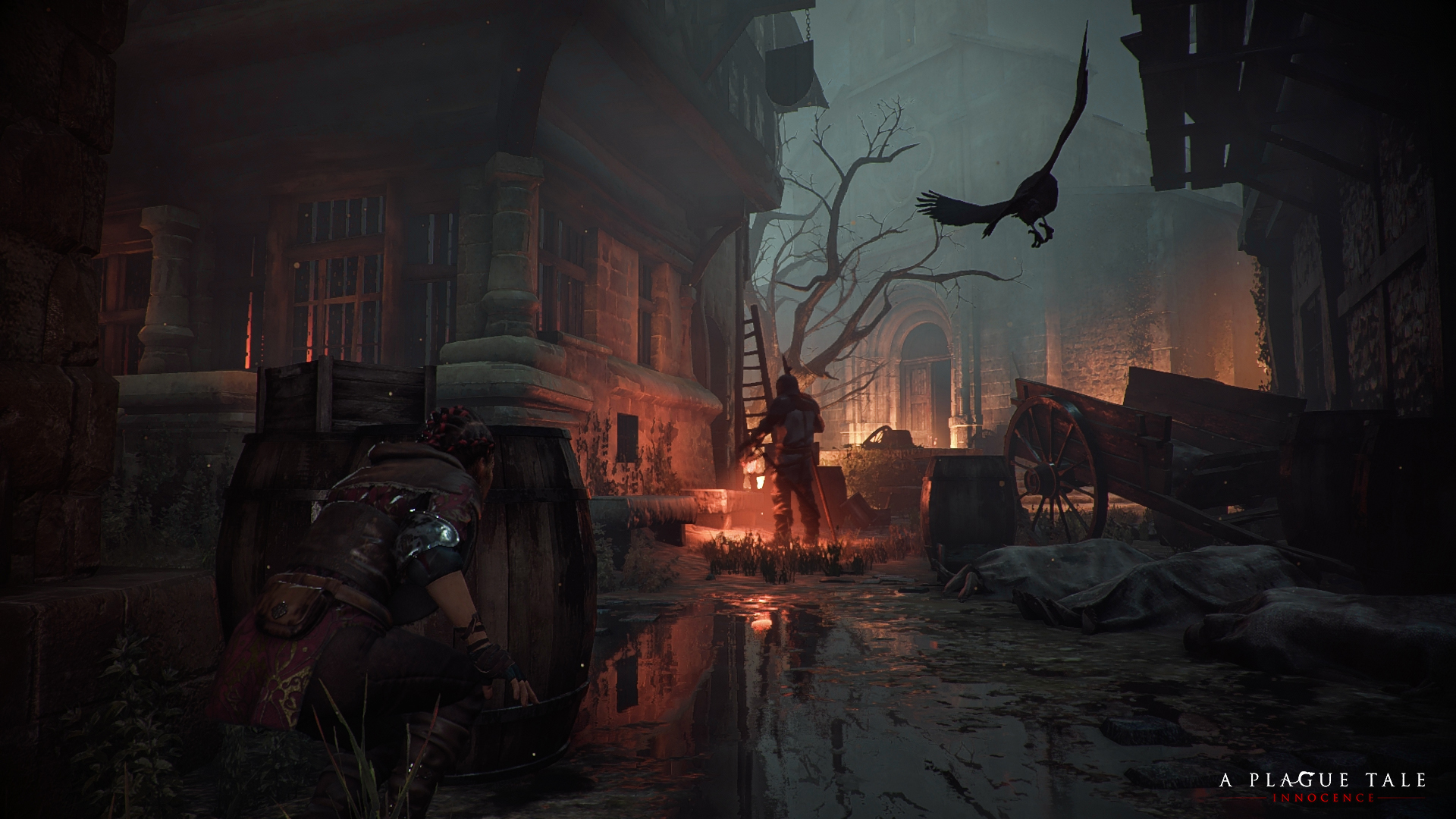 A huge portion of the game is also going to be about puzzles, which promise to present some interesting problems for players to overcome. While there will be traditional puzzles, these will also come in the form of situations that require you to go past soldiers by observing the environment and using it to create paths and openings, such as by creating or extinguishing light sources. In an interview with GamingBolt, game director Kevin Chateau described the puzzles as such: “Stealth represents a bit less than one third of the game but there are a few “pure” stealth sequences. The game is more about puzzle sequences, since Amicia and Hugo cannot directly face soldiers. It’s often observation and being smart that can solve a situation.” 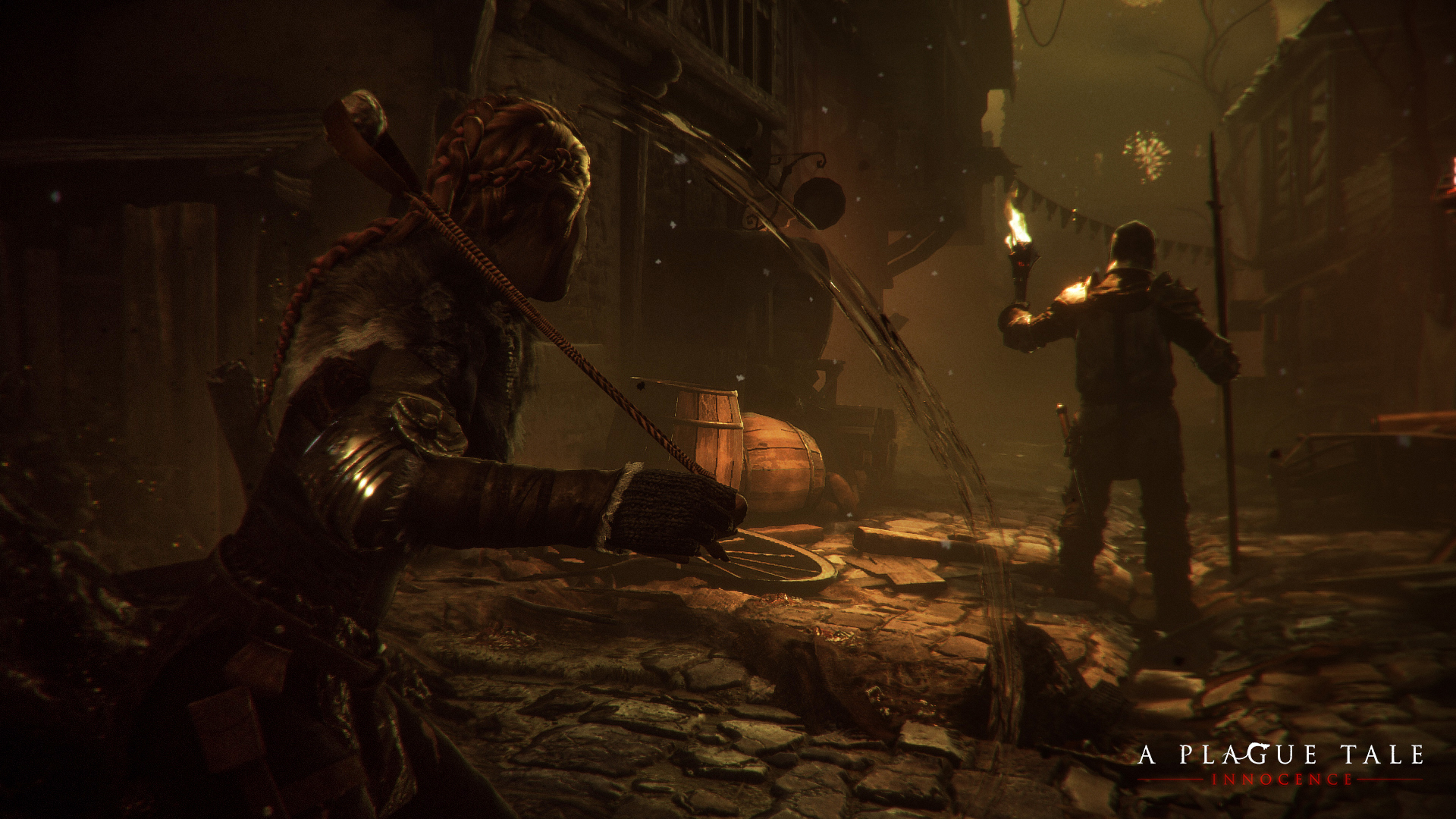 Throughout her journey, Amicia will be armed with a sling, which she will be using for several purposes. She can use it to stun guards, or manipulate objects in the environment to solve puzzles, while it can also be upgraded to improve aspects such as its range, its power, and its stealthiness. Players can also craft special ammunition for the slingshot, such as fire-infused rocks which can be used to alight braziers and torches from a distance as a way to get through rat swarms. 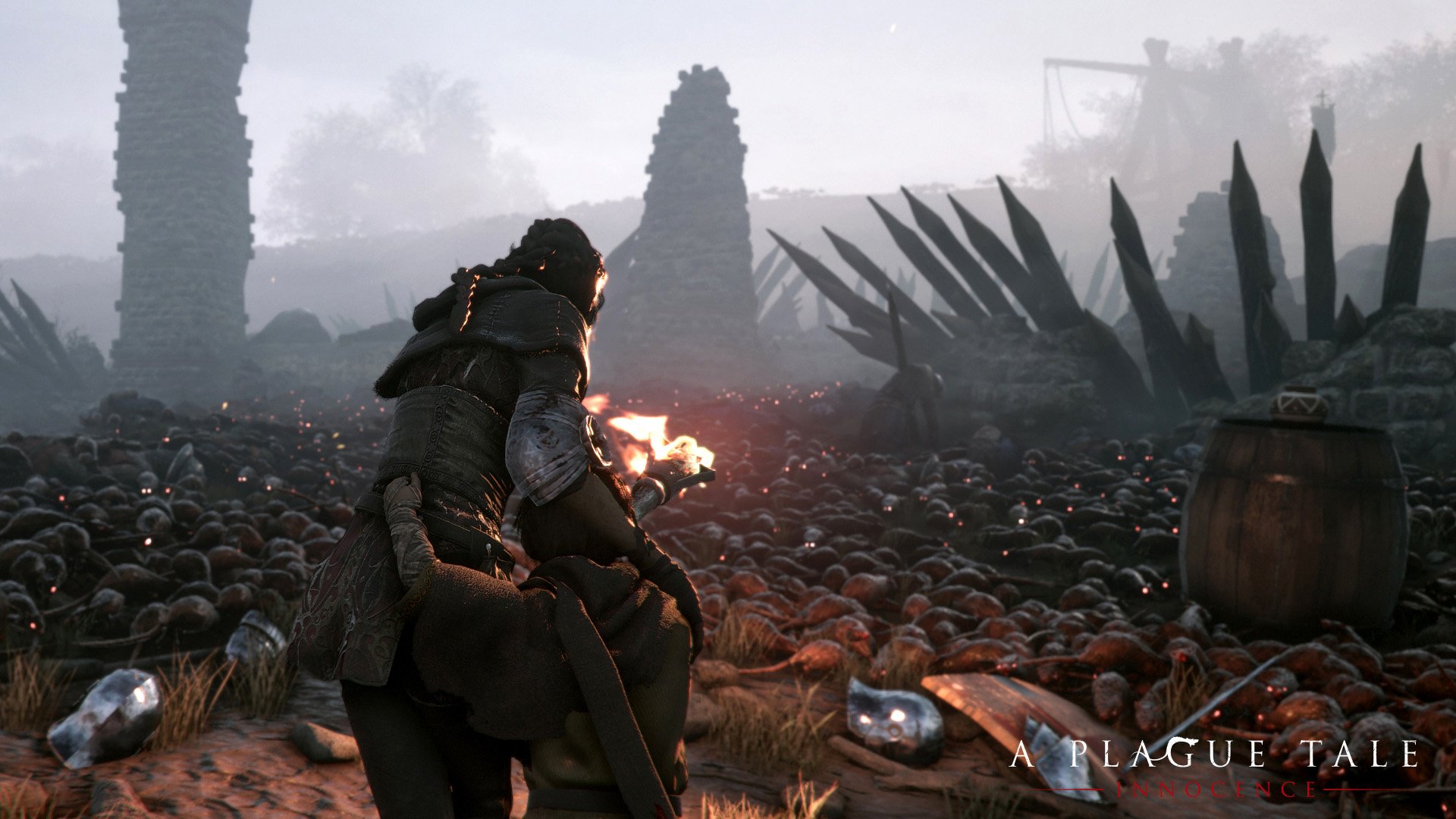 While Amicia and Hugo are going to be the stars of the show in A Plague Tale: Innocence, there will, of course, be other major characters that we’ll meet as well- and several of these will be children, too. Not only will they serve a narrative purpose, they will also have a bit of an impact on gameplay. Which brings us to our next point…

These children that Amicia and Hugo will meet will be quite helpful in their journey. When it comes to gameplay, that help is going to come in the form of upgrades and crafting. They will help power up Amicia’s weapons, while crafting new items will also often be done through them. One character, for instance, is an alchemy expert who can teach players new recipes for crafting purposes. 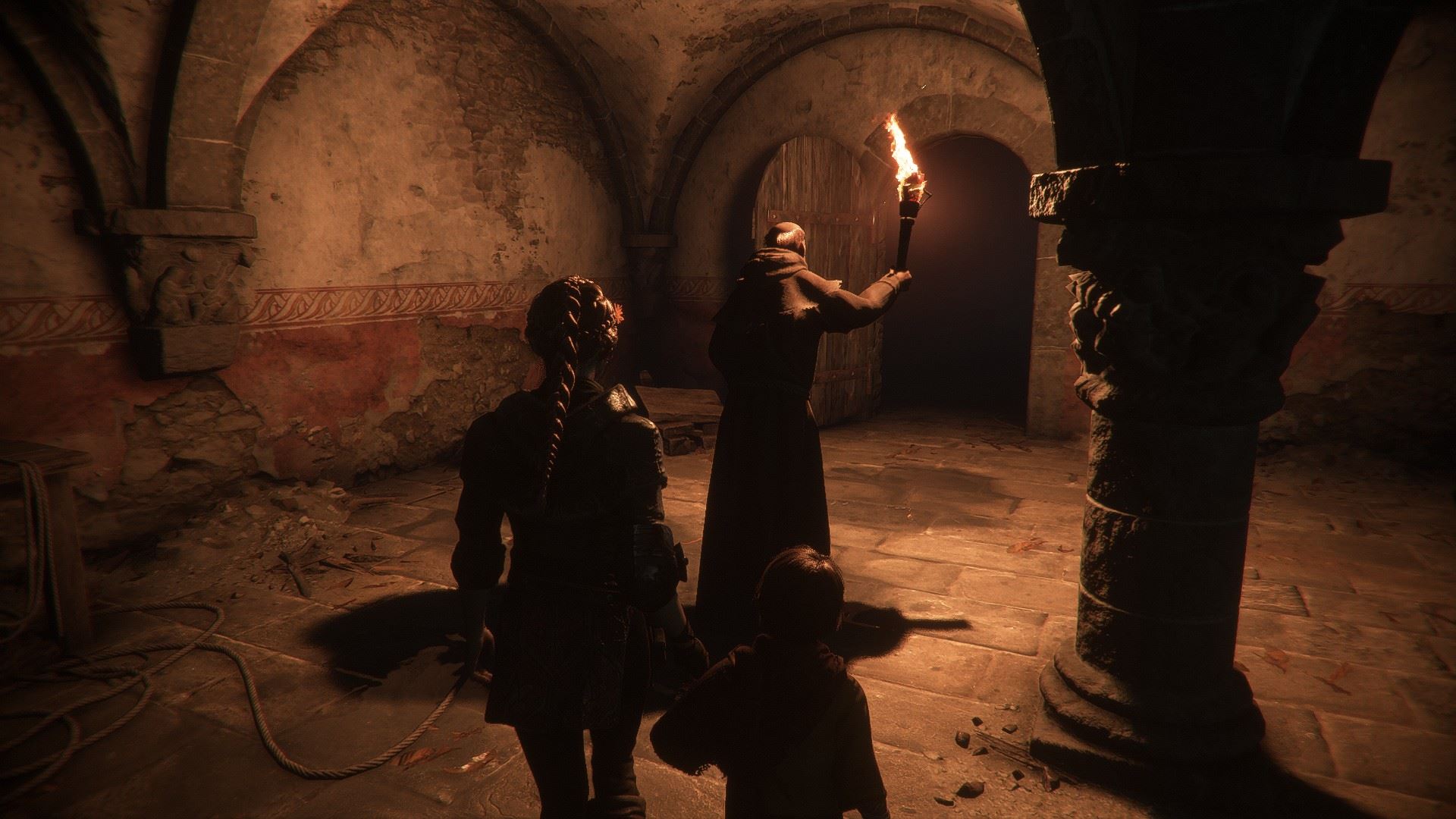 The sling won’t be the only tool Amicia will have in her arsenal while she tries to deal with the double threat of the Inquisition and the rats. She will also be able to use various other kinds of tools and weapons, many of which will be alchemy-based. Putting this and our previous point together then, the other children we spoke of will also help with crafting and powering up other tools that Amicia will be equipped with. 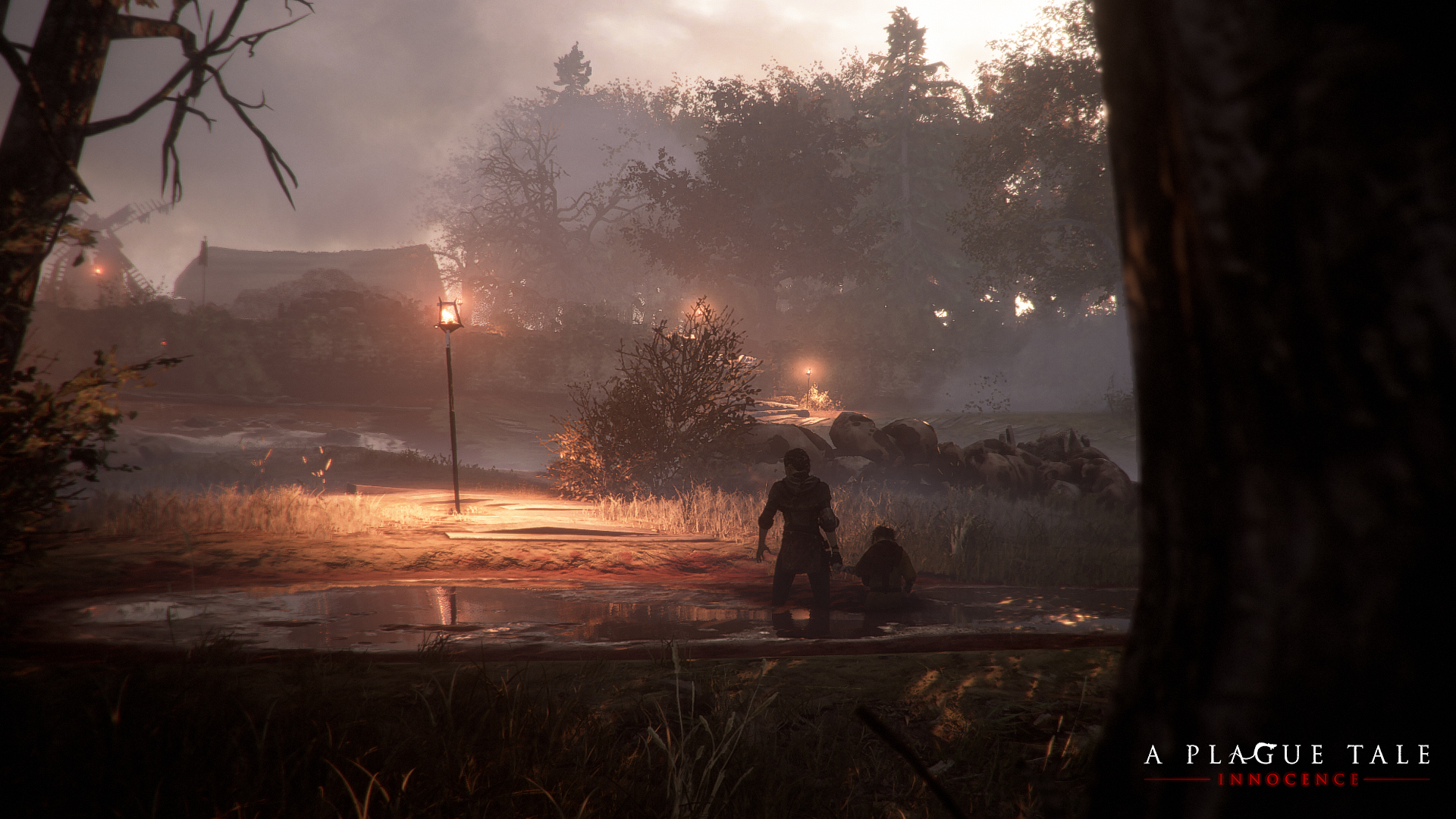 We spoke at the beginning of this feature about A Plague Tale: Innocence being a rare modern day example of a linear, story-driven game that doesn’t feel the need to pad out its length. The game will have ten chapters in total, and the developers have confirmed that its story will take players roughly between twelve to fifteen hours to finish.

A Plague Tale: Innocence has looked strikingly beautiful in all that we have seen so far, which is as much down to its art design as it is to just how technically impressive it is (the small size of the studio developing it makes it doubly impressive). Sadly, at launch, we won’t be able to enjoy these visuals through a photo mode, as the developers have confirmed that the game won’t be launching with the feature. 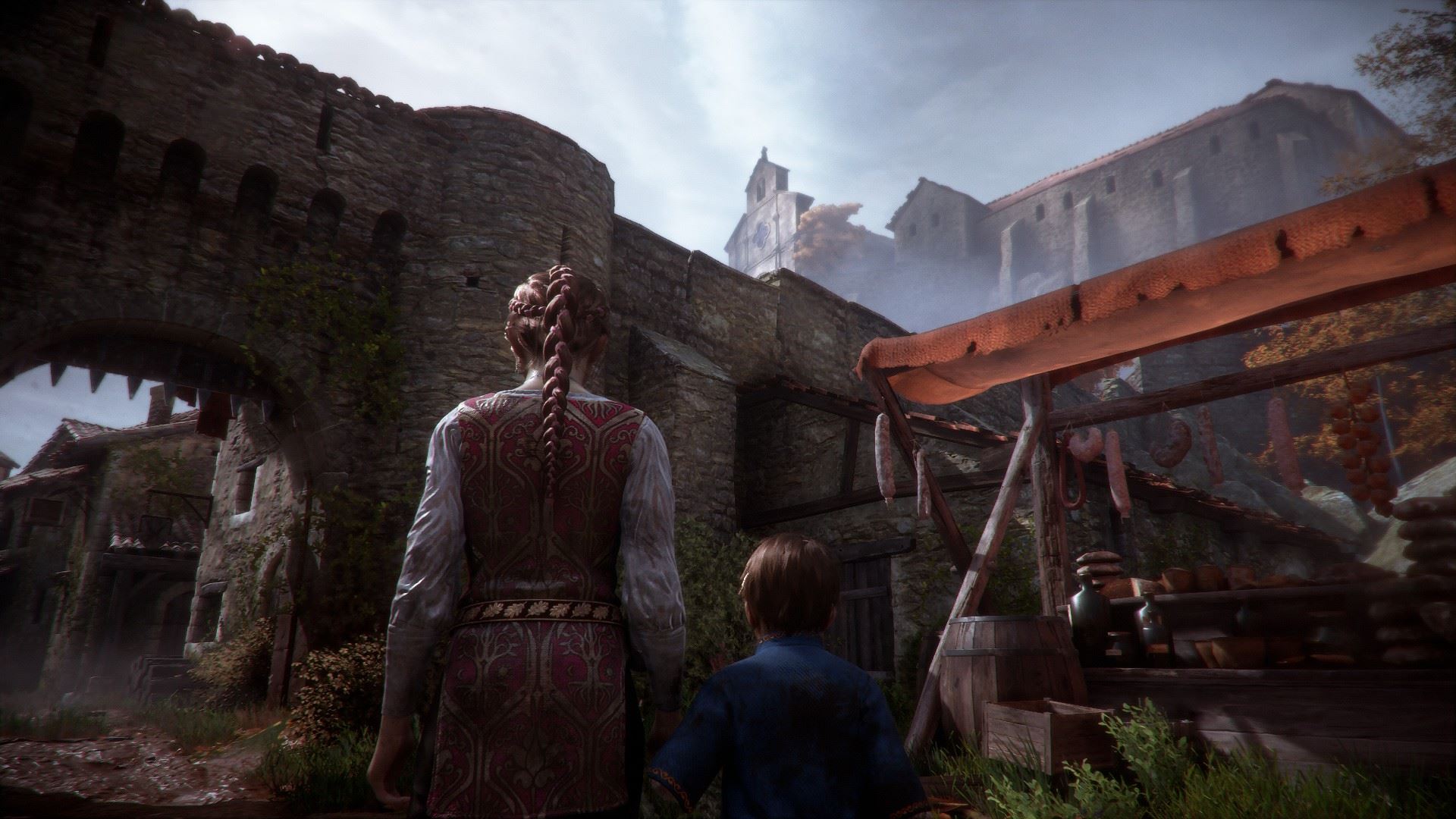 As has become the norm with games these days, A Plague Tale: Innocence will come with enhancements designed specifically to take advantage of the more powerful hardware of the Xbox One X and the PS4 Pro. While the developers haven’t given any specific details on what those enhancements might be in terms of frame rate and resolution, we can expect the already excellent looking game to look even better on more powerful hardware.