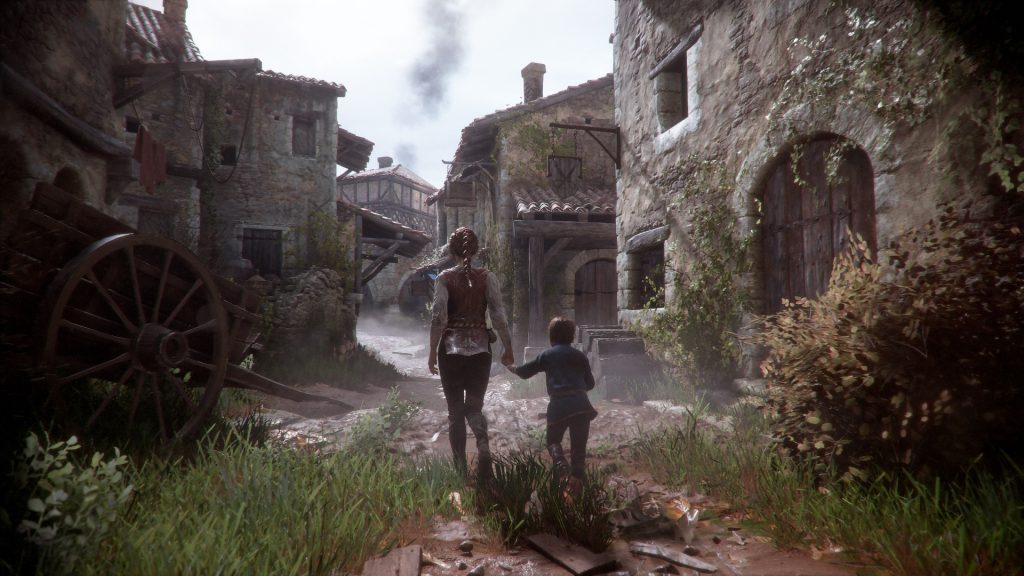 Last year we got to see the pleasant surprise of A Plague Tale: Innocence. The game was a mid-budget title that saw you take on the role of two siblings whose lives are taken down an unexpected and dangerous path at the height of the Black Death in France. The game was successful, and even has a sequel planned for 2022. But it’s not quite done just yet, as a new next gen focused update has poked its head out a little early.

It was announced that a native PS5, Xbox Series X/S update for the game was going live on July 6th that would take advantage of features of the new consoles, such as the PS5’s DualSense controller and 4K/60 FPS support. It’s a bit early, but the update is now reportedly live for both PlayStation and Xbox systems. Current gen owners of the game will get a free upgrade. Keep in mind, there can always be some slight regional hiccups, so if you’re not seeing the update, it may be possible it won’t be live for you until tomorrow in your region.

A Plague Tale: Innocence is available now on PlayStation 5, PlayStation 4, Xbox Series X/S, Xbox One, PC and Nintendo Switch via cloud streaming. For PlayStation Plus users, the PS5 version of the game will also be given out as part of the service starting on July 6th.