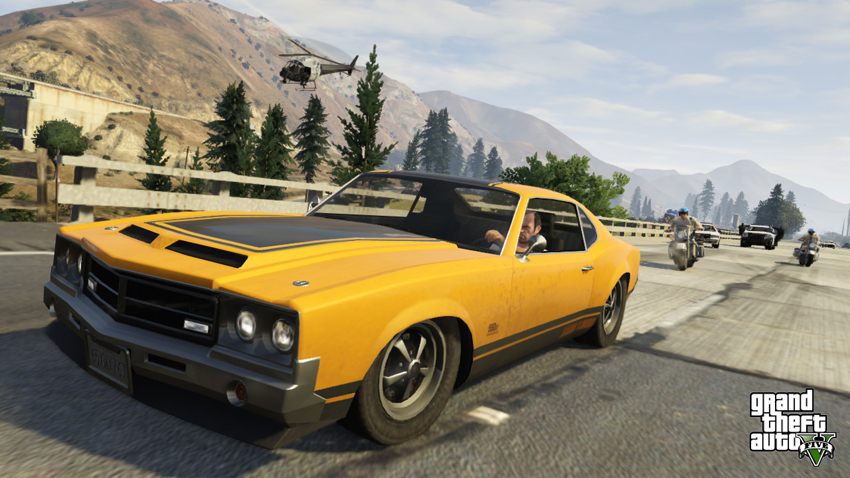 This year would perhaps be remembered for many things, but not just because it sees the start of a new console generation. After all,we’ll be seeing the release of Call of Duty: Ghosts, Battlefield 4, Gran Turismo 6, Grand Theft Auto V and much more – which leads some retailers to believe that they could slow down sales for the PS4 and Xbox One at launch.

Speaking to MCVUK, one retail head stated that, “The core gamers will be out in force at launch. But after that it’s going to be hard convincing consumers to spend £350 to £430 on a new console as many of the best games will be available on machines they already own. That’s made even more complicated when you consider that games like GTA V, Splinter Cell: Blacklist and Gran Turismo 6 are only available on Xbox 360 or PlayStation 3.”

Many of the upcoming AAA titles will also be available on the current generation. As Dixons PC games buyer Simon Urquhart puts it, “I think there will be a ‘wait and see how much this affects me’ attitude to the next-gen from gamers.

“If they aren’t seeing an immediate difference in the server populations and gameplay features, then it’ll be tough to justify the expense. Killer apps are always tipping points for owners of legacy consoles and until dates on those are released, gamers will be patient – especially if they have a PC and an Xbox 360.

“Sony and Microsoft are going to have to work hard with publishers to make use of the new features of the next-gen. That being said, there is a whole new audience for the ‘family entertainment hub’ that both are trying to reach.”

“Publishers seem to be covering every angle by bringing their titles out on current and next-generation formats. As a publisher you wouldn’t want to put all your eggs in the next-gen basket straight away, especially as Microsoft have just announced record sales of the Xbox 360,” according to Games Centre MD Robert Lindsay.

“If consumers are feeling the pinch, and with quality titles still being released on current formats, the customer transition to next-gen might be slower this time around.”

But there will also be a push to get the best versions of the games available, which will of course be on the PS4 and Xbox One. Some games, Assassin’s Creed IV: Black Flag, even has content exclusive to next gen consoles.

As Asda games boss Craig Thirkell states, it’s going to be more about getting the stocks right. “It’s going to be a difficult and sensitive time inventory-wise to plan this right with the publisher – for them and us. We welcome the appearance on both current and next-gen, but getting the mix right will be key to making any money with the risk of poor availability versus overstock.

“Personally I don’t see any reason not to upgrade. Gamers are gamers – they want the latest and greatest and if it look and plays better on next-gen then I think they will trade up. PC gamers think nothing of paying out £300 every two years or so on graphic card upgrades just to keep up with the cutting edge improvements in gameplay and frame-rate.

“I also think there will be a lot of trade-in opportunities this year as we find a proportion of gamers buying current-gen titles until they are launched on next-gen, especially in the two months running up to launch.”