Agatha Christie – The ABC Murders Interview: The Essence of Mystery

Hercule Poirot makes his debut in gaming and we speak to Artefacts Studio to learn more.

In an era where detective stories and mysteries are defined by the Sherlock Holmes games, it was nice to see Artefacts Studio’s Agatha Christie – The ABC Murders release. While it achieved middle of the road critical response, Christie’s work in the mystery genre is unparalleled and even if the first result wasn’t the greatest, it’s still the first step to ensuring more of Hercule Poirot’s adventures make it to the world of gaming.

GamingBolt had a chance to speak project manager Alexandre Migeon from Artefacts Studio and ask about the development process for Agatha Christie – The ABC Murders, among other things. 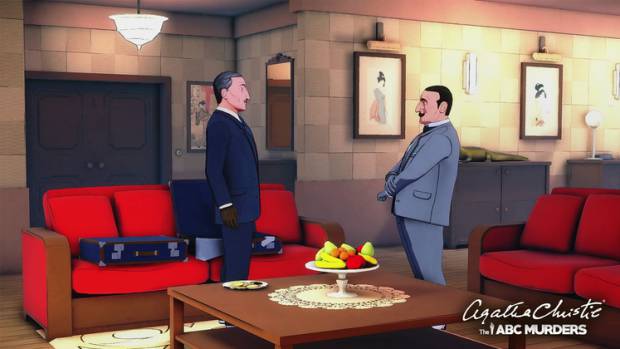 "The game reminds some of titles like The Room or other puzzles-dedicated games. The gameplay has been developed to be easy to understand and fun to play with a friend or the whole family."

What inspired you to create a game based off of Agatha Christie’s The ABC Murders?

Alexandre Migeon: We wanted to develop an investigation and adventure game with a rich plot and charismatic characters. Beginning with one of the trickiest, and most beloved, stories from the Queen of Crime felt like a good way to start.

How difficult was it to adapt a literary novel into an interactive medium like this? How did the point and click adventure genre best fit the overall story?

Alexandre Migeon: With a main character such as Hercule Poirot, an adventure game made the most sense.  An action game would have been more original but not as relevant J. Hercule is tired of lifting his cup of tea and prefers to think rather than to search for clues in the field.

It’s a very rich and complex story-driven game. Players don’t need to be video game or adventure specialists … being an adventure game keeps it easy for most people to play and enjoy. One of the main difficulties was to make the game interesting enough for the people who have already read the book.

The art-style for the game takes a very refined approach. What were the influences behind it and how does it best embody the spirit of the novels?

Alexandre Migeon: We wanted to give it a very specific visual – a real artistic approach – that will last over time.

Beyond the artistic approach, each place has been modeled based on the book or other Agatha Christie works. For example, the Hercule Poirot Apartment is very-well respected and each object is carefully placed just as the way Hercule Poirot would place it.

What are the inspirations behind some of the puzzles, which seem to mostly challenge players to open different locks, modify gears, etc.?

Alexandre Migeon: We wanted to focus on a wide audience that enjoys investigation games but also puzzle mechanics.  Our goal was to make people discover The ABC Murders story in an interactive way. The game reminds some of titles like The Room or other puzzles-dedicated games. The gameplay has been developed to be easy to understand and fun to play with a friend or the whole family. The integrated help system is representative of that. 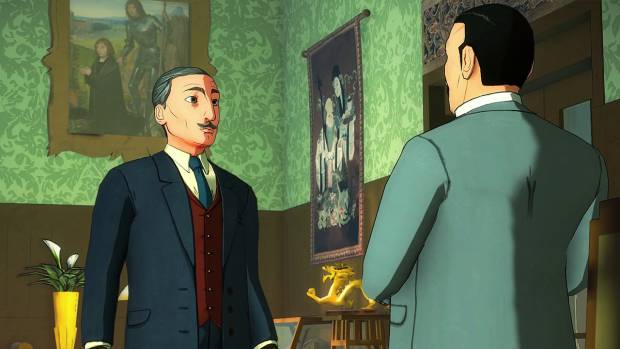 "Alternate endings are triggered by a decision players can make toward the end of the game. Repercussions are more in short time."

What kind of variety does The ABC Murders offer players? Are there chances for certain deductions to go wrong or multiple outcomes?

Alexandre Migeon: It was important to those who handle Agatha Christie’s legacy that there is indeed an alternative ending.  Deductions from the player, like in the reconstitutions sequences, can be wrong or incomplete, and players will then have to investigate deeper to gather all the information necessary to complete the murders reconstitutions.

Are there any long time repercussions to your decisions that can lead to different endings?

Alexandre Migeon: Alternate endings are triggered by a decision players can make toward the end of the game. Repercussions are more in short time. The way they conduct the questioning sequences will have influence on the clues they gather from witnesses and their reactions.

What influences did Frogwares’ Sherlock Holmes games have on The ABC Murders, especially since that series is also centered on a famous literary detective?

Alexandre Migeon: For sure Sherlock and Hercule Poirot, with very different styles, are two of the most famous detectives in literature and beyond. Similarities can be found in the games but Sherlock was more hardcore adventure fan oriented. ABC is designed more to make the player discover the story in a playful way making them believe they are as bright as the inimitable Belgian investigator J.

Some critics have praised the overall game but found a lot of the puzzles and inspections to be quite easy. What are your thoughts on the same?

Alexandre Migeon: It’s impossible to please every type of player. We think we managed to adapt the difficulty to the group of players we were aiming for. Some players find it difficult while those who play these types of games frequently found the challenge too easy for them. However, our next adventure game from Pendulo Studios (who brought the Runaway saga), will answer their thirst of difficulty. 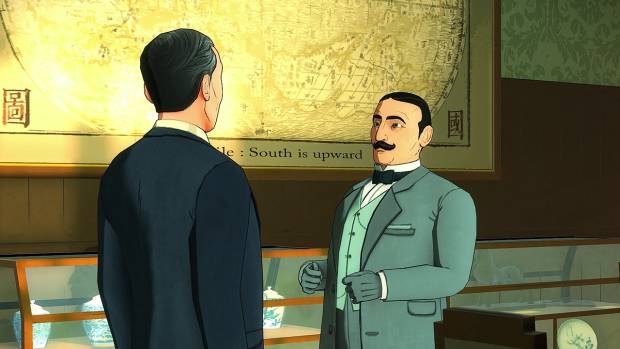 "Being gamers ourselves, we would love to see real full backward compatibility for every brand. Microsoft is trying hard to improve the brand image since the start of the Xbox One."

Will we see future titles in The ABC Murders series?

Alexandre Migeon: ABC cases will be solved at the end of the game but it doesn’t close the case on potential other Agatha Christie’s game adaptations.

What are your thoughts on the adventure game genre in this era especially with so many compelling games and remasters having arrived in the past year or so? How will this influence the longevity of The ABC Murders franchise?

Alexandre Migeon: Let’s hope we are asked to do a remake of ABC in 15 years as many players request remakes of classic adventure hits J. I don’t know if it will be the case as I lost the key of my time- traveling machine, but we hope to already give a good experience and fun for 2016 to the budding detectives.

From a developer perspective, What is your personal take on the differences between backwards compatibility feature offered by the PS4 and Xbox One? Sony is obviously charging for this feature whereas Xbox One is providing it for free.

Alexandre Migeon: Being gamers ourselves, we would love to see real full backward compatibility for every brand. Microsoft is trying hard to improve the brand image since the start of the Xbox One. Let’s hope backward compatibility will be soon available for most of the fantastic 360 games launched this last decade and that the hard work will be appreciated by gamers. 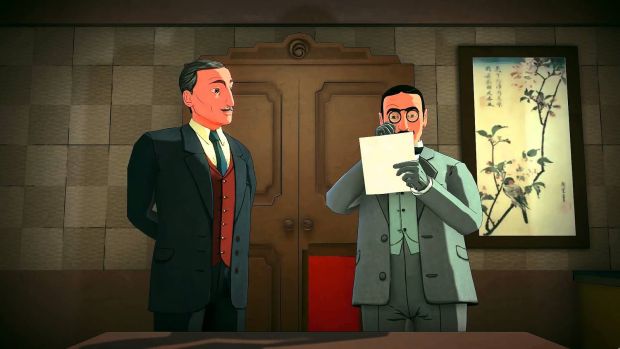 "We really hope that players will enjoy the game through the story, the characters, the dialogs and all the elements we hid in the game to add re-playability value."

What are your thoughts on the Xbox One’s eSRAM? Many developers think it’s a massive bottleneck. Do you think in an alternate vision, Microsoft could have opted for a better solution than eSRAM?

Alexandre Migeon: This hardware choice can be a challenge especially for engine developers. It’s one of the reasons we used the Unity engine, so it could give us the opportunity to focus on mainly on the game.

What resolution and FPS does the PS4 and X1 version of the game run at?

Alexandre Migeon: Both versions are at 1080p and 30 fps with an enabled vertical synchronization. This feature gives the game a fluid feeling.

Alexandre Migeon: We really hope that players will enjoy the game through the story, the characters, the dialogs and all the elements we hid in the game to add re-playability value.