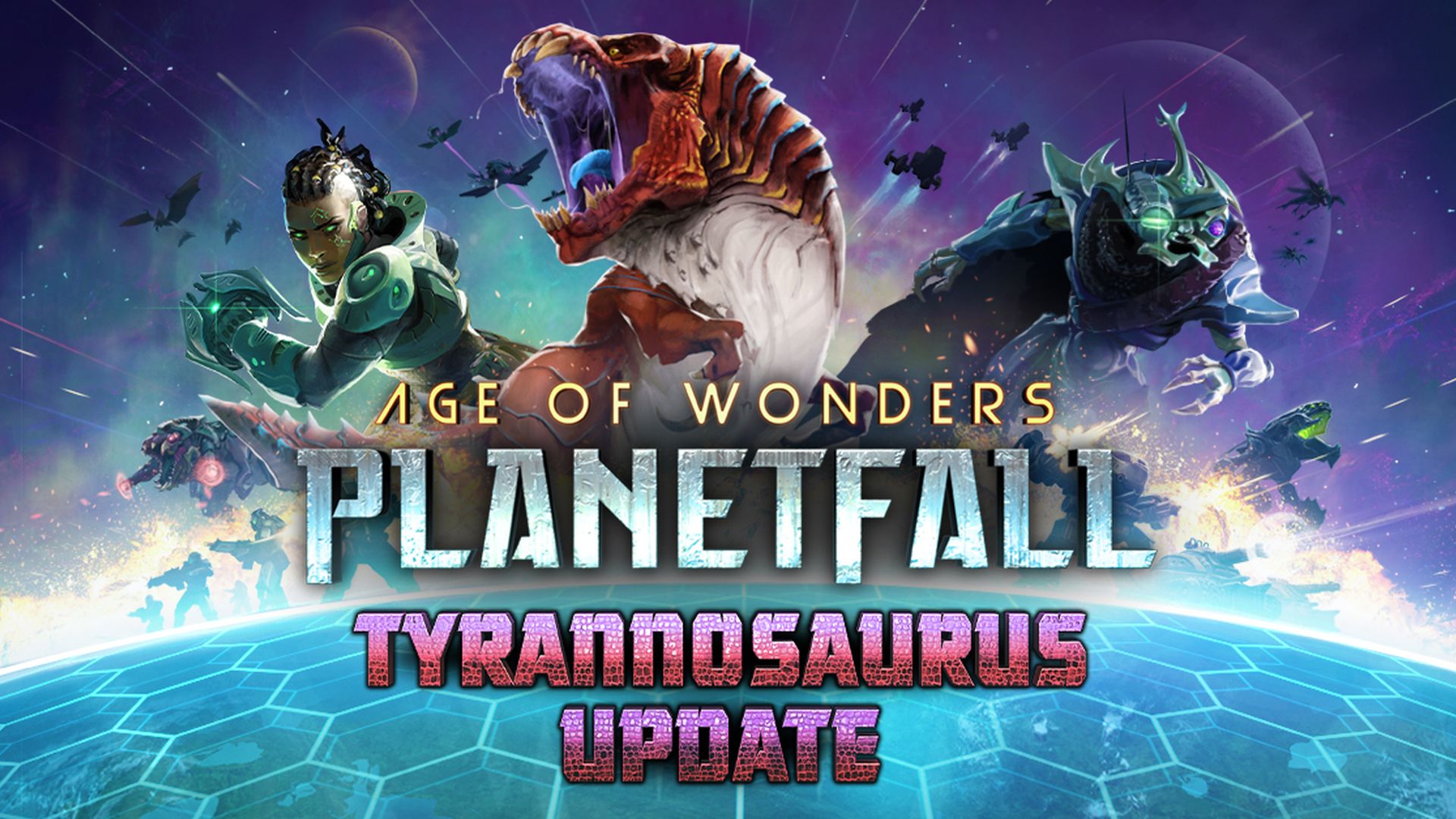 Triumph Studios’ Age of Wonders: Planetfall made a pretty decent impact at launch but has somewhat fallen off over the months. Fortunately, the new Tyrannosaurus update is here to spice things up, granting more customization for difficulty settings, new features, improvements and more. Check out the release trailer below.

Some of the game settings that can be changed to increase (or decrease) the difficulty include the activity of rival players, spawners and NPC factions. Each can be tweaked to be more aggressive or passive, depending on the experience you want. A new mode called No Colonizer has also been added which prevents players from building new colonies outside of the pre-existing settlements on the map. You’ll need to manage your military more carefully as a result.

Visit Sites have also been revamped into Exploration Sites and will now grant a buff to a colony’s units when linked to it. You’ll also receive a bonus to your economy. Other nice changes include enemies that will beg for mercy if their stack is weaker than yours (while more powerful armies will accept bribes to go away). Along with the update, Age of Wonders: Planetfall is also 50 percent off on Steam so it might be worth checking out.