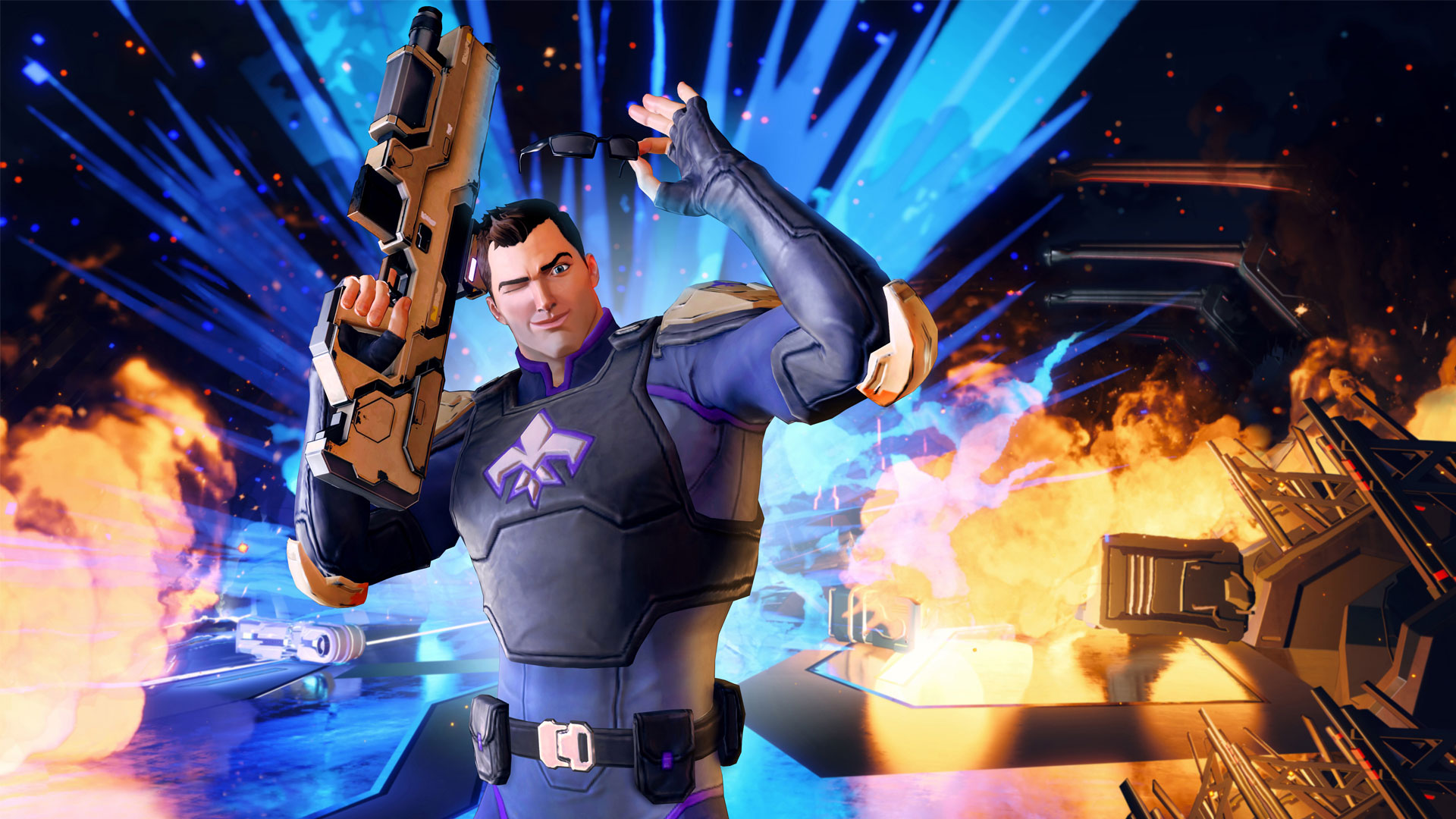 Volition’s Agents of Mayhem has received a new gameplay trailer of sorts, breaking down the Franchise Force. This is apparently the team name for agents Hollywood, Hardtack and Fortune, with a walkthrough of sorts for their abilities and back-stories.

Hollywood is the reality TV actor turned hero who uses an assault rifle and explosives to win the day; Fortune is a sky pirate armed with a drone and dual pistols; while Hardtack has a shotgun, grenade launcher, fishing spear and other devices for fighting the forces of LEGION.

The trailer also reveals that if you pre-order the Day One Edition, then you’ll receive the Legal Action Pending DLC. This adds six skins to dress up the agents with. Agents of Mayhem is out on August 15th for Xbox One, PS4 and PC. What are your thoughts on the latest trailer? Let us know below and stay tuned for more information in the coming weeks.

Tagged With: Agents of Mayhem, pc, ps4, volition, Xbox One