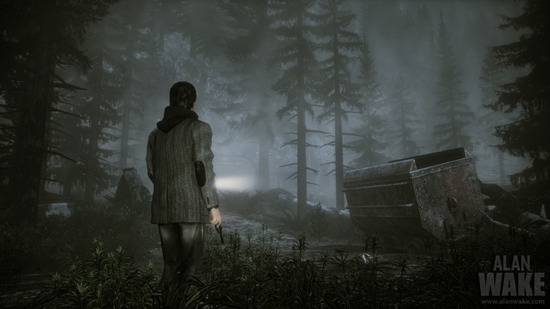 Remedy, who have been working with Microsoft on games exclusively for Xbox consoles for a while now, will be bringing their next game, the science fiction shooter Control, to PS4, Xbox One, and PC. So they’re going multiplatform with a brand new IP, rather than the fan-favorite fare that they have come to be know for over the last few years.

However, a new Alan Wake or Quantum Break game could still happen- it’s just something that would need Microsoft’s involvement. Speaking with GamesIndustry.biz, Remedy CEO Tero Virtala said that sequels for both of them are contingent on Microsoft agreeing to them.

“Considering our history… Alan Wake was really interesting but it was a collaboration with Microsoft. Due to certain reasons, it never got a sequel,” he said. “Quantum Break, also, we put a lot of effort into creating the world, the characters, the stories, but still it was Microsoft’s IP. They decided not to take it further.”

On the whole, it sounds like Remedy themselves would have no issues with making new entries in those series, but that Microsoft hasn’t been too keen on a sequel to either, for some reason. What strikes me as odd here is that Xbox head Phil Spencer has in the past said that Remedy needs to want to make Alan Wake 2– so who’s right?

Either way, their next game, Control launches on PS4, Xbox One, and PC next year.