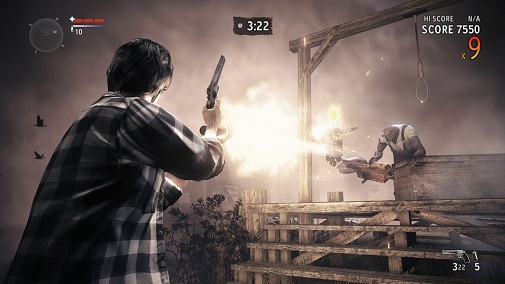 Remedy has confirmed to CVG that Alan Wake has finally hit 2 million sales. The game was released in 2009 for the Xbox 360 and this year for the PC. Oskari Hakkinen also called the game a “cult classic” and said there may be more games in the future.

“We’ve moved over two million copies – that’s including PC,” he said. “So after a slow start it’s turning into something really positive. It’s definitely had legs. I think narrative experiences just have a tendency for that.

“Alan Wake’s like a cult classic if you like… People who have played and enjoyed the story feel the urge to tell their friends and other gamers out there that they need to try this experience, they need to play it.”

He also said how important the series is for them.

“Yeah, I think so. Alan Wake is definitely very close to our hearts. It’s our IP – we own it. It’s not something that we’re going to forget very easily,” he added.

Congrats, Remedy! You guys deserved it. Earlier we reported that the PC version was incredibly profitable for them, and they recouped their cost in just 48 hours.