Alien Spidy Receives “Between a Rock and a Hard Place” DLC 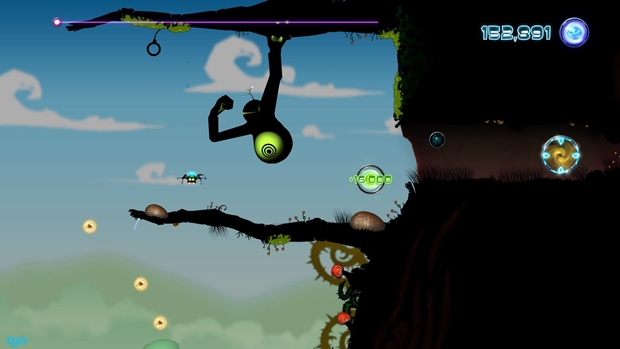 Kalypso Media’s single player action-platformer Alien Spidy has received its second DLC pack, called “Between a Rock and a Hard Place” which adds three more Special levels. It is now available on Xbox Live Arcade for 160 Microsoft Points with other formats to follow soon.

The three new see you returning to the Forest, Ponds and Caves levels but much more difficult obstacles and enemies to halt your progress. The levels will take an equal measure of cunning and determination to bypass as you’ll come across floating spores, wind tunnels, stalactites that don’t like you and other obstacles. Check out the DLC today on Xbox Live.

Alien Spidy was developed by Enigma Software and follows the chronicles of the alien Spidy as he travels to Earth to find his lost friend Virgi. Of course, given that Spidy crashed on the planet, he’ll need to also locate pieces of his space ship, while also avoiding hostile wildlife.