All Gamers Are Still Children: The Delusional Marketing of Dead Space 2

Video game marketing strategies need to grow along with the gamers they target.

It strikes me on occasion that the vast majority of the world still views gaming as the deluded activity of children. That it’s something that we’ll all outgrow, and eventually attend to other tasks more suited for adulthood. Never was this attitude more thoroughly and depressingly reinforced as when I first saw the newest commercial for Dead Space 2, which unironically culminates in the statement that “Your mom hates Dead Space 2.” It’s tacitly implied that this makes Dead Space 2 phenomenally cool. 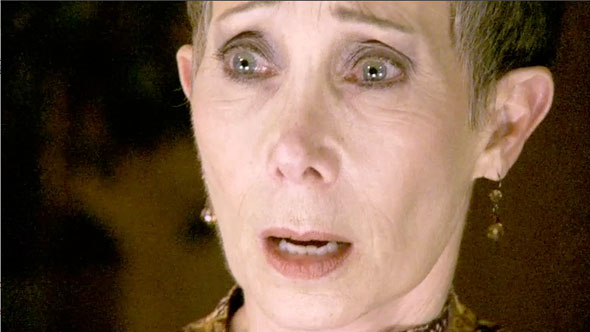 What makes it more irritating is that Dead Space 2 shouldn’t be the kind of game that has to rely on hordes of sheeple to be successful. Dead Space was a convincingly realized horror title, which impressively combined a solid science fiction premise with genuine moments of terror – something that hasn’t been done for a long, long time. In short, it was a game that should be able to stand on ground slightly more solid than the “so gory it’s way cool” premise.

The Dead Space 2 example is hardly the worst, and it’s definitely not the first game to have a profoundly stupid marketing department, but it sticks out, to me, simply because there’s no excuse for it anymore. The average age of a gamer nowadays is 34. That’s the average. That means that for every pimple-faced fifteen year old playing Halo after school there’s a forty or fifty year old muting him on Xbox Live after work. These are people with jobs, families, mortgages. People with cars that weren’t bought secondhand and facial hair that they shave because it’s too thick and not because they think it’ll grow back thicker afterward. And in between the two extremes are the vast majority of gamers; twenty-somethings whose tastes and skills evolved from Nintendo and Sega, college students or dropouts or post-grads, the guy behind the counter at Burger King to the guy spending his dwindling income on bus rides and train tickets to get to the interviews for that first real job.

And you’re telling me that the very best idea that the Brass Hats at the marketing department was to appeal to our inner prepubescent rebellious youth? Give me a break. We deserve better. With the insane amount of money that developers shell out for marketing, even they deserve better. Each game varies, of course, but estimates usually come in around 30-50% of the total budget goes to advertising and marketing. 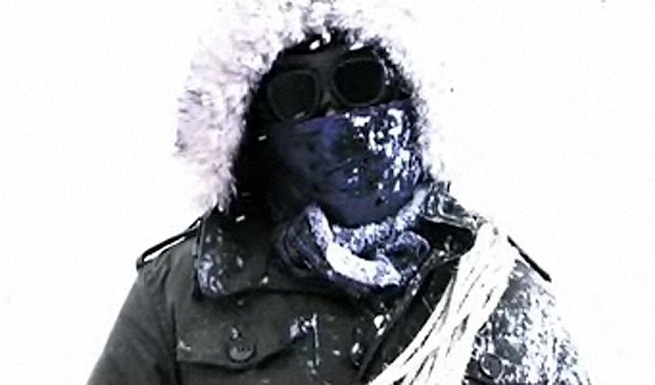 Thankfully, not every ad campaign centers around a fourteen year old mindset, though there are certainly franchises out there whose success is based on little else. I wish it was as simple as saying “for every dreadful commercial there’s an awesome one” but it’s not that easy. But there are good ads and good ad campaigns. Too Human knocked it out of the park with its archeological crossover faux-documentary, The Goblin Man of Norway, which was released quietly, on a simple blog post on Silicon Knights’ website with an embedded link to a completely artificial site for “The Norwegian Film Institute.” In the elegantly filmed three-part documentary, geologists, folklorists, and archeologists discuss the implications of a centuries-old mechanical “goblin” found by scientists studying glacial melt patterns. It was never, to my knowledge, given a wide release, either through the internet or on television, but it sits there, linked from Silicon Knights’ site for anyone to stumble upon and be duped, if only for a moment or two. It’s worth watching for the artistry alone, and it’s a far, far cry from “Your mom hates Too Human.”

The difference between these two examples is one of outlook. Whoever was behind the fake film, he or she was obviously someone who gave a shit, whereas the only impression I can get from Dead Space 2’s commercial is one of laziness and apathy. Silicon Knights could have easily spent their marketing budget on explosion-riddled commercials and adrenaline-pumping gameplay footage overlaid with third-party accolades. I’m sure there were a few of those, inevitably. But sitting here, 3 years after, and I still remember how cool the Goblin Man documentary is.

Halo 3 had similar TV spots. Old veterans from the battles portrayed in the game give emotional reflections on their experiences like an episode of Frontline, in an artfully lit museum that celebrates humanity’s survival from the Covenant threat. There were a good half dozen of them at the least, and every single one was hauntingly atmospheric and gorgeously filmed. The franchise has since included live-action ads for every subsequent release. They might be a bit overwrought at times, and Halo as a whole tends to take itself a little too seriously, but there have seldom been more arresting TV spots. 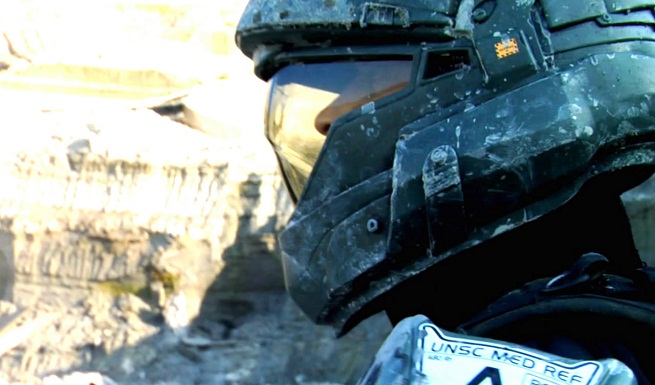 In an age where people are ever more superficially connected to one another, where a single tweet or status update can potentially reach hundreds of people at a time, there really is no excuse for viral marketing being such an underground, backdoor, or overlooked ad strategy. All it takes is one or two people seeing The Goblin Man documentary and linking it to a few friends before the entire thing takes off, and spreads by word-of-mouth and click-of-link. And if those ads end up captivating gamers two or three or five or ten years on, how is that wasted?

This is further compounded by the sheer difficulty of gauging how effective an ad actually is. There are polls, sure, but polls are tricky and complicated beasts at the best of times. Trackbacks and retweets can be collected, website hits can be counted and all in all it adds up to an astounding amount of raw information which, on its own, means very, very little. Raw data must be sorted out before an estimation can be made as to how many of those hits/etc lead to a game purchase. And that’s not even a fraction of the whole story, with so many different distribution services and re-releases and used game stores and the like, it further complicates matters. Then there’s the franchise dominance of the industry as a whole that likely leads to gamers simply buying a game without ever visiting the main site or researching reviews which gets in the way of a marketing strategists pretty little picture of advertising effectiveness. I’m sure a marketing student or professional will tell me that there are iron truths to marketing strategies and that the your-mom-hates-it demographic is a hugely sought after corner of the gaming market, but for my money, I’d rather be treated to a little piece of art than a thinly veiled attempt to look cool. Show me something cool, don’t just tell me that you are.

Of course, nothing is simple here. Games are getting more expensive, and it’s unlikely that that trend will reverse any time in the near future (unless publishers can find a way to change their approach to the industry entirely… but how likely is that?). The simple fact is, with the extreme cost of licensing fees, music licensing, voice-acting and the ever-increasing cost of producing the kind of graphics that gamers demand, publishers have to ensure that their game will sell, otherwise there’s no point in producing the game. That means that they spend exorbitant sums of money to ensure that the general gaming public knows that their game exists and goes out to buy it.

Dead Space 2 isn’t quite getting their money’s worth. So to the publishers: fire your marketing director, and hire someone who doesn’t think that gamers are all perpetually thirteen years old. Because if gaming ever steps out of the peach-fuzz shadow of adolescence, it’ll be because the industry takes itself seriously.

I wish I had more space here to go truly in depth with this, because I’ve overlooked or deliberately avoided topics that are definitely worthy of attention and discussion, but if I were to do that, the article would simply be too long. Feel free to have a go at me in the comments. What are your favorite commercials or ad campaigns? How do you go about researching and buying games?

The opinions expressed in this article are that of the writers and not necessarily that of GamingBolt.com