I remember when I was about twelve, I was visiting with a friend who had recently installed System Shock 2 on his computer. It wasn’t long before we were both sitting in front of the not-quite-seventeen-inch CRT monitor that put a greenish tinge on everything, stalking alone through the halls of a traumatized ship. Periodically, horrific groans would waft out from around the corners, and my heart would be pumping so fast by the time my friend bashed the affected crewmates to death with his wrench that I would forget to ask why he couldn’t use his gun.

As a video game system deprived youth (my first owned console, aside from always-outdated PCs, was a Nintendo Gamecube), this was my first experience with a variant of a survival horror game, outside of a few glimpses of Silent Hill or Resident Evil 2 at a friend’s or cousin’s house.  As such, the experience stuck with me. Lacking anything useful, we had to prowl the halls looking for alternate routes or bypass switches, harvest our resources greedily, conserve ammunition and try to avoid open combat. To me, this kind of gameplay was incredibly new, and incredibly scary. I was used to running around shooting everything I saw, and damn the low ammo count. In System Shock 2, that was a good way to get you dead. I had a hard time sleeping that night, with the death-groans of the zombified crewmen at the back of my thoughts.

But try as I might, I’ve found that recent games don’t exactly live up to the experience. Much of this can be blamed on the fact that I was twelve, and, being honest, System Shock 2 is much more an RPG than it is a survival horror (much like its recent counterpart, Bioshock). Still, there is a pervasive and continuous horror element alive in both games. Bioshock starts with an excellent beginning, and the first time I was stuck in the bathysphere with a spider slicer intent on getting in and disemboweling me I remember being very tense. The first two hours, in fact, had me on edge. The same can be said for the newest incarnations of Resident Evil: the first two hours, the time your brain is acclimating to the setting, defining patterns and determining what is a bigger threat, are truly scary and memorable. But after a while, with few exceptions, every horror game made in recent years tends to devolve after a while into just another shooter, but with a creepy setting. 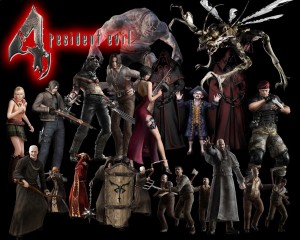 And after about two hours, you get used to it. The enemies and their creepy chanting, while affecting at first, no longer creep you out, because you’re used to them. You start to recognize patterns in the game, begin to tell when a quick-time event might come up, or a mini-boss battle will come up, and it’s no longer scary.

The point here is, after a while, you can’t introduce any more splicers, or any more zombified villagers, and still make the game both playable and frightening. New enemies, like the admittedly creepy spiky, shambling, health-regenerating gray dude in Resident Evil 4 only scare until the pattern of their destruction is found. And then? They’re just another obstacle. And when those obstacles can be met with endless gun upgrades and plentiful ammunition, it’s not much of an obstacle at all. So the game ramps itself up, and falls into the trap of throwing tentacles at you in lieu of actually being spooky.

The problem with the idea of “survival horror” is that the name is hypocritical to begin with. Like most story-driven games, in order to experience the game, you must complete it. And if you must complete it, “survival” doesn’t exist. As creepy and soul-crushing as the death scene in RE4 was, all it really did was magically pop you back into place five minutes in the past, and you could do the whole thing again. Bioshock was even more egregious; the vita-chambers almost guaranteed that at some point, the player will decide that Yes, He can defeat the Big Daddy with three pistol bullets, one health pack and his slightly enhanced wrench. And after being drilled into a wall and left to die in a pool of his own blood, vomit and tears, he returns to the game instantly twenty feet away, with a brand new body and no lasting injuries. In effect, there is no penalty for dying. 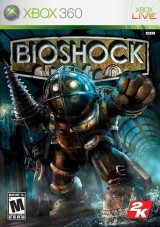 People are affected by horror movies because good ones are able to make the audience care for a character. We want to see them get through it safe, and we don’t want to see anything horrible happen to them. With games, not only is it more difficult to immerse a person into because of the fact that the environment must be interactive to a point of reasonable expectation (bugs, glitches and the like severely effect immersion, and immersion is a primary element of horror), but the player is a part of the story. But if that player is basically invulnerable, there is nothing to drive the horror.

There are innovative games that have come out that attempt to rectify this, but more often than not a stiff penalty for dying becomes aggravating rather than scary. In order for a huge death penalty to work right, everything in the game must function absolutely perfectly. If a player dies because he gets caught on terrain, it’s annoying. If they die because a door glitches and won’t open or close, annoying. Actually, most deaths when put next to a stiff penalty would most likely result in a cry of “bullshit!” and anger at the game, unless the game is so well made that the player knows it is his own mistake. There are few games out there that can handle this. In fact, one horror game that seemed to go overlooked had some truly unique horror elements: Call of Cthulhu: Dark Corners of the Earth not only had a superbly creepy tone, but there were action set-pieces, boss fights, and hints at the protagonists failing grasp of sanity that were very well done. Throw in doses of HP Lovecraft’s Cthulhu mythos and the path is set to horror gold. Unfortunately, because the game was so badly designed it becomes near impossible to play most of the time.

So this begs the question: does survival horror exist any more? Horror seems to be more prevalent in other genres, like RPG, First person shooter, action-RPG and the like, but where’s the survival element? Let me know in the comments.