They are also offering refunds. 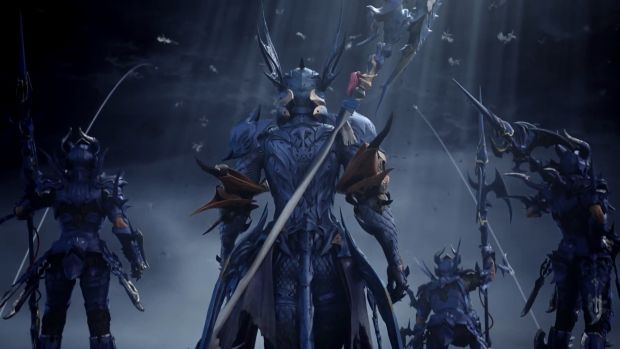 After a long wait, Final Fantasy XIV: A Realm Reborn finally went on sale on June 23rd for the Mac, offering owners of that OS the chance to play what might be the best MMORPG on the market currently. However, the launch has been anything but smooth, with the game being plagued with a bevy of issues. The issues have gotten so bad that, like Warner Bros. with Batman: Arkham Knight on PC, Square Enix have been forced to suspend further sales of the game on Mac, and offer refunds to those who desire them, while they work on fixing the issues.

Producer and director Naoki Yoshida took to the forums to apologise and explain the situation.

“I believe that the biggest problem with the Mac version release was the significant discrepancy between the performance of the product our development team produced and the expectations our customers had for it, which was due to the lack of information available on our product when sales commenced, as well as other issues.

“Up until the official release of the Mac version on June 23rd, we were working to improve the client’s performance. Consequently, the system requirements which we should have released were not made available in time, which was a serious problem.”

“We planned to conduct maintenance which would conclude on June 23rd at 6:00 PM (JST). However, due to our miscommunication with retailers, the Mac version was made available earlier than intended. As a result, some customers were able to download and play a pre-release build which suffered from performance problems. We apologize for this oversight.

“We have judged that there is still a lack of information on the Mac version and its system requirements,” he continued. “We are planning to make an announcement which will include detailed information on the product, system requirements, and screen resolution. Until this is done, and I am personally satisfied that our users are adequately informed, we will be suspending the sale of the Mac version.

“I sincerely apologize for any inconvenience this will cause to those interested in purchasing the Mac version, and ask that you bear with us until sales recommence. For those who already have a Mac version of the game, as service itself will not be suspended, please rest assured you will be able to continue playing as before.

“The mistakes made by the development and operation teams in the lead up to this release have caused considerable confusion and trouble,” he concluded. “To our customers who eagerly anticipate purchasing, or who have already ordered, their copy of the Mac version of FINAL FANTASY XIV, and to all of our distributors, we offer our deepest and most heartfelt apologies.

“We aim to recommence sales of the Mac version as soon as we are satisfied that the product information and system requirements are properly prepared.

“And to those players who are already playing the Mac version in the required system environment, we deeply apologize for the ongoing inconveniences.

“We will continue to do our utmost to ensure that, no matter the version, FINAL FANTASY XIV is a game that deserves your time and support,” he concluded.

I mean, at least this sounds like more of an honest mistake than the entire Batman: Arkham Knight debacle seems to have been, but I seriously wish these companies would take a closer look at the product they release to the market, before they actually just send it out into the wild.