It is, in fact, currently selling faster than the PS4.

The Switch, with over 32 million units sold, and at a faster pace than the PS4, is very clearly selling well. However, Nintendo themselves had to reduce their overly ambitious target for 20 million units shipped for the fiscal year, which, as you may expect, caused a frenzy among investors that the console wasn’t selling well.

However, Ace Research Institute analyst Hideki Yasuda feels like this sort of doomsaying is premature, and missing the forest for the trees. In his report, he points out that not only is the Switch selling well, but that at its current pace, its total lifetime shipments are over the PS4’s at a similar point in time (see graph below). He maintains his “bullish” assessment for Nintendo’s stock, though he has reduced the target price to ¥50,000.

In simple terms—the console is doing well, far better than the most recent success story we have in the console market, and the perception that it’s not is caused by an overly ambitious forecast that Nintendo has missed. More than anything, I hope this shows Nintendo the value of being conservative with their forecasts and guidances, because missing one can set a negative narrative, even when you are otherwise doing well. 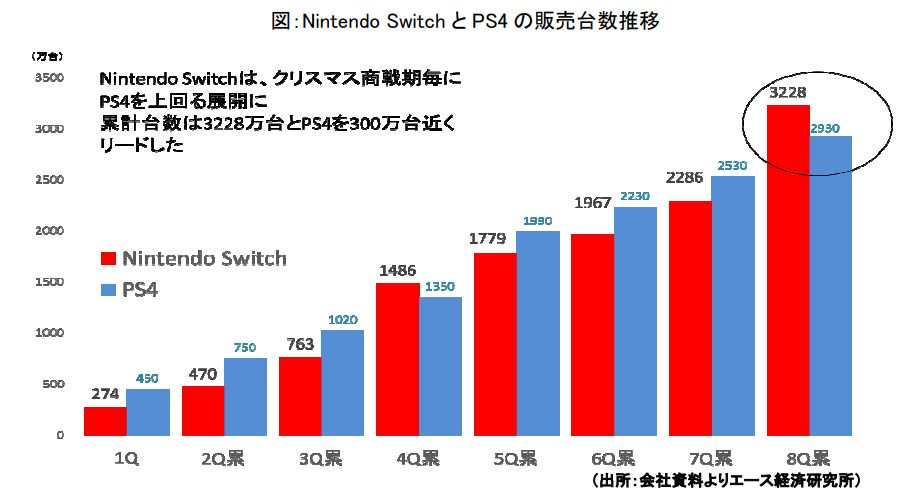