The game wants to really simulate the age of the early man. 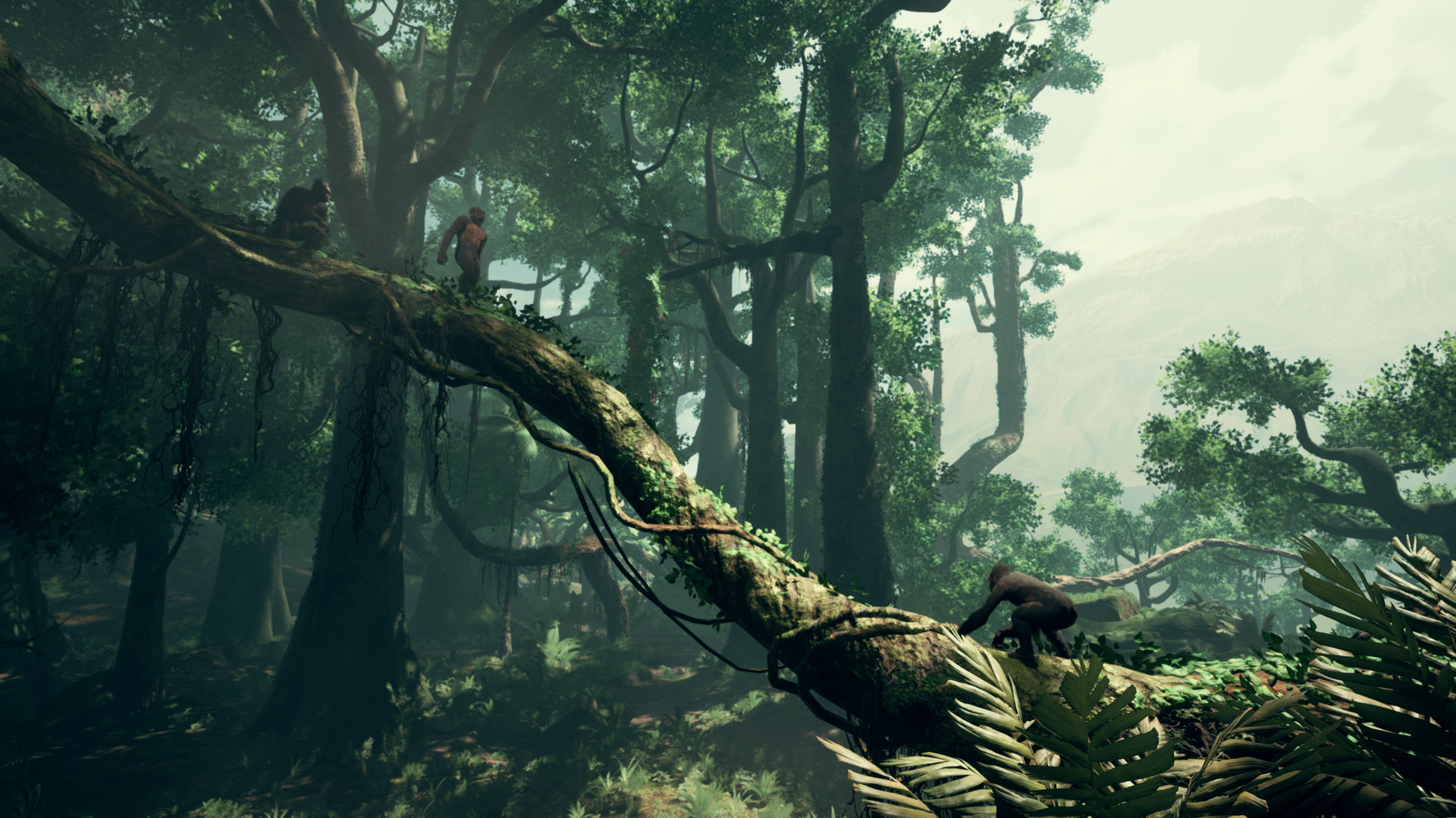 After several years of hearing about the game, we finally have a release date for Ancestors: The Humankind Odyssey. It will come later this year for both PC and consoles. It comes from the creator of Assassin’s Creed, Patrice Désilets, and is about the odyssey of our species’ evolution from primates to humanity. It’s always had an ambitious air about it, but it’s never been clear what, if any, narrative the game would follow. Now, the creator says there is an endpoint, and it’s going to be up to the community to get there.

In an interview with Wccftech, Désilets talked a lot about the upcoming game. Topics ranged from how he got ideas for the game, what it means to play the original “badass” of humanity, and what he hopes the game’s post-release to look like. When asked about the game’s narrative, he said that there is a story, though maybe not in the traditional sense, and that he’s looking at the community to find ways to get from point A to B and go from there, hopefully simulating our early ancestors’ attempts to understand the world around them.

“There is a conclusion,” he said. “This is where eventually you change physically as a species. So you go from the very first one to another species, and eventually, they’ll kind of finish evolution. But you can always come back and start a new game. In the gaming world, you can find that you don’t have a car in your game, right? So the game world, you need to f***ing get it there. And there’s no map, I wish, it’s my hope, that the community will draw a map.

“And that the wiki of Ancestors will be useful because we’re not doing that. It’s up to you, that’s your journey, your odyssey of life. Because it fits the subject matter. Our ancestors didn’t know. You know why our gods exist; because it’s the moon, and the sun, the stars. This thing appears in the sky that gives light, it’s god, will it come back tomorrow? Generally, it comes back, but what if? What if it’s the day it doesn’t come back? And the moon, oh, now we’ve got light, and it changes!”

Ancestors: The Humankind Odyssey will release for PC on August 27th, with PlayStation 4 and Xbox One versions to follow in December.