The restrictions keep piling on top of each other with this game.

Recently Nintendo revealed some new multiplayer details for the upcoming Animal Crossing: New Horizons, confirming that the game will only allow one save per console regardless of how many copies or accounts you use per a single Switch system. Now, some new details have cropped up on more restrictions that the game will place on players.

As per details on the back of the game’s German download card (via Reddit), Animal Crossing: New Horizons will not allow players to transfer save data from one Switch console to another- so if, say, you were hoping to alternate between playing the game on a regular Switch and a Switch Lite, that won’t be possible. Considering the fact that the game doesn’t allow cloud saves either in order to avoid save scumming (similar to a few other Switch titles), that is concerning news, because if you lose a save you may potentially have poured dozens of hours into, you just lose all of it, period.

Animal Crossing: New Horizons is out on the Switch on March 20. Recently, Nintendo unveiled a new Animal Crossing-themed special edition Switch- take a look at it through here. 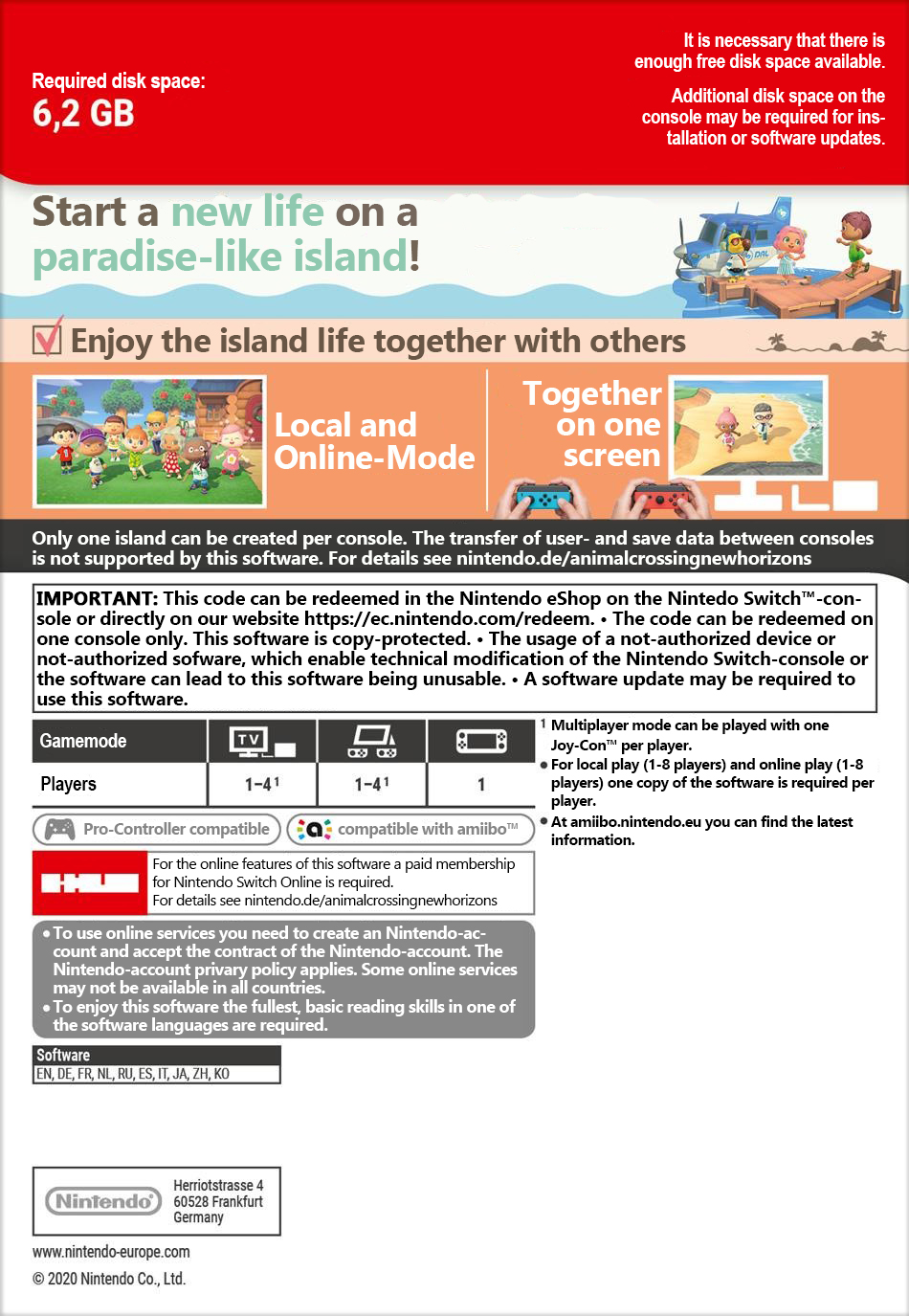