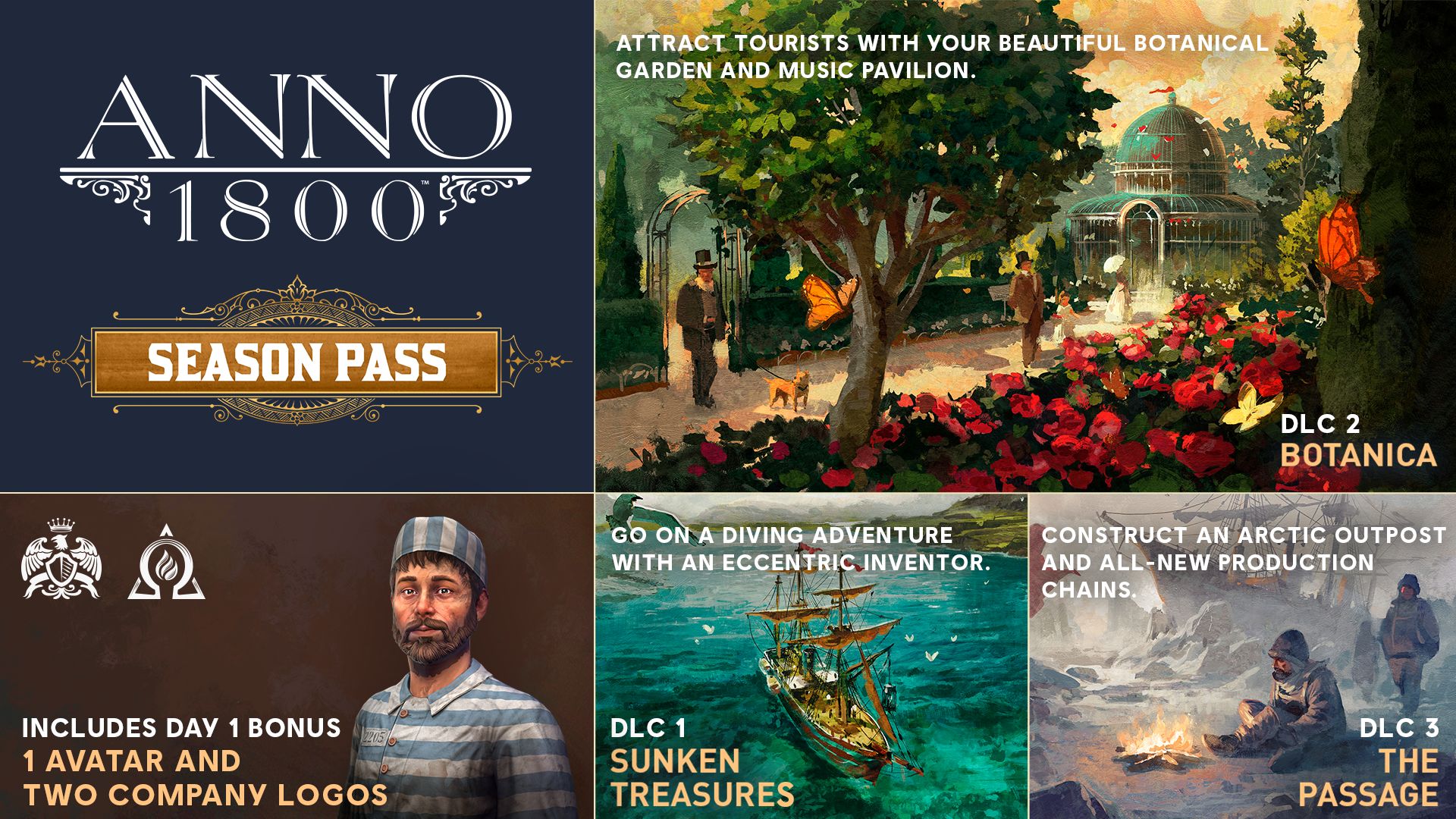 Ubisoft Blue Bye’s Anno 1800 is out for PC and offers a pretty good city-building/economic experience (check out GamingBolt’s official review to know why). If you’re wondering what’s next though, the developer has announced a Season Pass containing three DLC drops. Check them out in the new trailer below.

The first is Sunken Treasures, which takes players to a new European session and a new island on the hunt for treasure. Botanica is next, offering a modular Botanical Garden for gaining new items and rewards. Players can also create the Musical Pavilion for playing music from the previous games in their city.

Finally, there’s The Passage, which heads to the Arctic Circle and the Northwest Passage. Climate is fairly rough and players will need to create an outpost, along with creating a new production chain to survive. Along with paid DLC, there will be free content drops, like the Statistics Building for properly tracing production chains, co-op, and Community Challenges for new icons and skins.