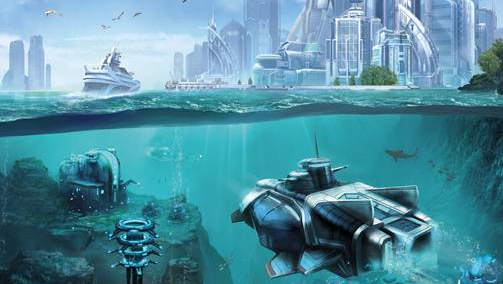 Ubisoft recently announced that Anno 2070: Deep Ocean, an add-on to the original, will release on October 4th, 2012.

The game has seen quite a large degree of success, selling over 5 million copies worldwide on it’s first run, making it one of their best-selling franchises.

The press release details some of the new features in depth:

The focus of Anno 2070: Deep Ocean is a new faction called the Techs. Thanks to the new Genius population class, the Techs are able to expand further into the deep ocean. By experimenting with a new energy source called the geothermal power plant, the player will be able to build massive production facilities below the sea surface and might even secure one of mankind’s most important needs: Limitless energy supply. Energy transmitters will allow transporting energy between islands while the player can build the impressive new Tech Monument as well as new buildings and decorations to make cities even more beautiful.