Anthem – 15 Things You Need To Know Before You Buy It

BioWare's co-op looter shooter is almost here- here's what you need to know about it.

There is no shortage of skepticism surrounding BioWare’s upcoming looter shooter Anthem, a game that looks like it’s going to be completely different from the kind of single player, story-driven experiences one usually associates with the Canadian developers. From what we’ve seen so far, it looks fun and visually impressive, but as is the case with most ongoing live service games, we won’t really know where Anthem lands until at least a few weeks after launch, maybe even more.

That said, many are quite excited and at least cautiously optimistic to see what BioWare have got brewing as their next big IP. In this feature, we’ll be taking a look at fifteen vital pieces of information on the game that we feel you should know about as we gear up for the game’s final launch on February 22.

Anthem takes place in a science fiction/fantasy setting. The world of Anthem is one that is embroiled in chaos, where humans can only live behind the protective walls of a place known as Fort Tarsis, because the world itself is wild, untamed, and dangerous. They are protected by soldiers known as Freelancers, who equip exosuits known as Javelins and brave the harsh wilds with their aid. As the primary driver of the story, a villainous group known as the Dominion is looking to take control of a powerful artefact known as the Anthem of Creation, and use its powers as a weapon. 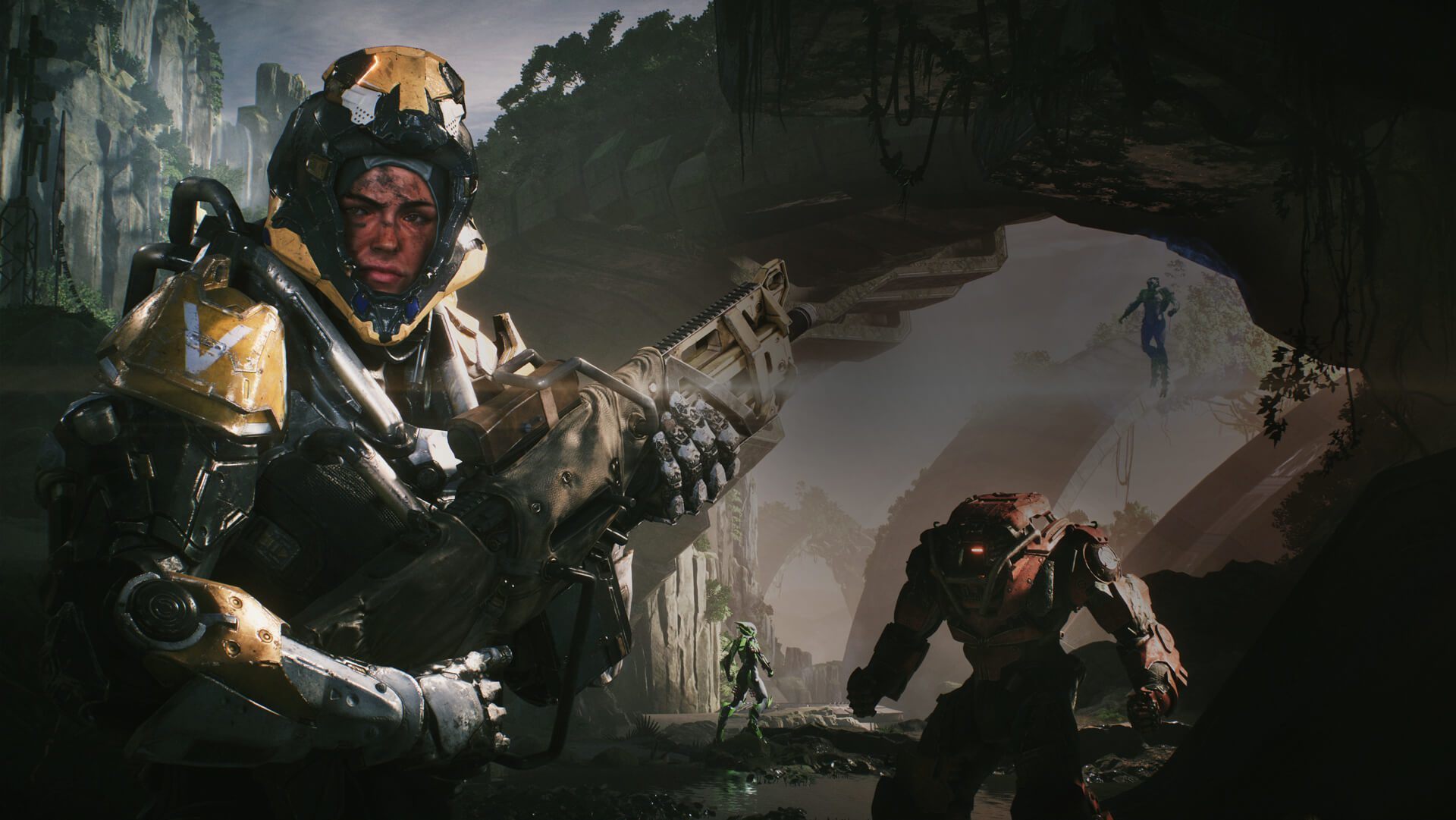 Despite all outward appearances, Anthem is a BioWare game, and BioWare have been adamant that it will retain that DNA. Allegedly, that’s true for the game’s story as well. BioWare have said that Anthem is very much a story-focused title, and that it tells its story while also balancing multiplayer aspects. The choices it offers to players in the narrative are supposedly more “personal”, but the developers haven’t really gone into what exactly that implies. Right now, it’s all up in the air, and though BioWare have assured fans that Anthem won’t discard their heritage as a story-focused development team, it remains to be seen just how true that is going to be.

The exosuits, or the Javelins, are the stars of the show in Anthem, of course. At launch, there are going to be four of them- the hulking, tanky Colossus, who can take a lot of damage, but also deal quite a lot of it; the Storm, which is a Javelin that specializes in long-range fights with its elemental powers, and not a lot of defensive capabilities; the fast-moving Interceptor, which is more of a support unit; and the jack-of-all trades, Ranger, which is the first Javelin you will get in the game.

There’s a lot more to those Javelins than the single-line descriptors we just shared though. For instance, their ultimate abilities, which are exactly what the name implies. And what exactly will these be? The Ranger’s ultimate ability, “Multi-Target Missile Battery”, targets and attacks multiple enemies with guided missiles. The Interceptor’s ultimate ability, “Assassin’s Blade”, allows it to become super charged and deal multiple deadly melee attacks at high speed. The Storm’s ultimate ability, “Elemental Storm”, allows you to deliver successive elemental blasts of fire, water, and electricity, before ending things with a bang in the form of a meteoric blast. Finally, the Colossus’ ultimate, called “Siege Cannon”, is an AoE attack that launches giant missiles that explode to cover a large area in flames. 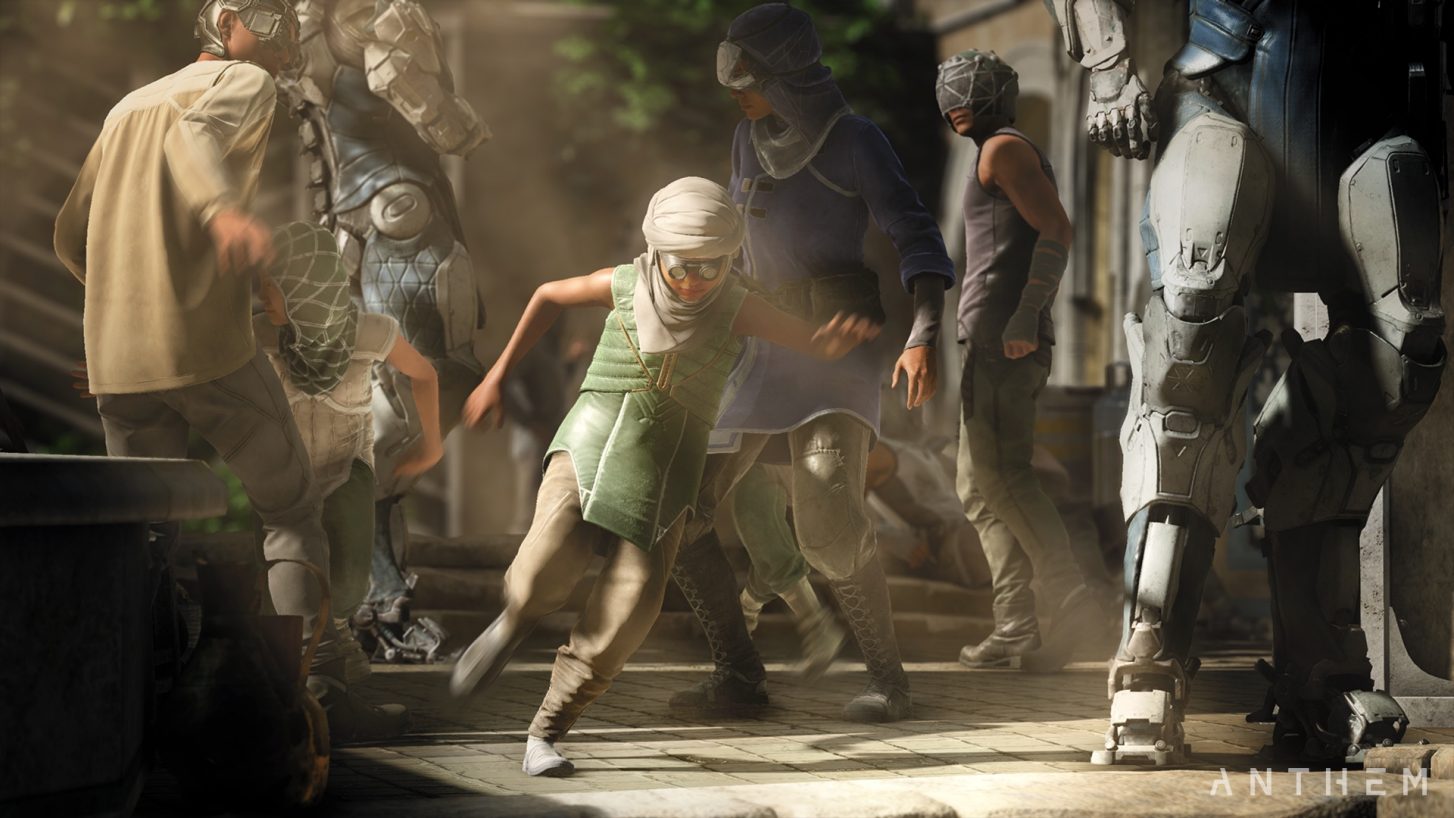 While the main attraction in the world of Anthem is obviously its open world, and the Javelins we can use to fly about in them like Iron Man, the game will also have a hub area called Fort Tarsis, where players will be out of their exosuits, and playing in a first person perspective. This area will also be strictly single player-only, and will be where Anthem does most of its storytelling. Interacting with NPCs, making narrative choices, picking up quests and side quests will all be done in Fort Tarsis. 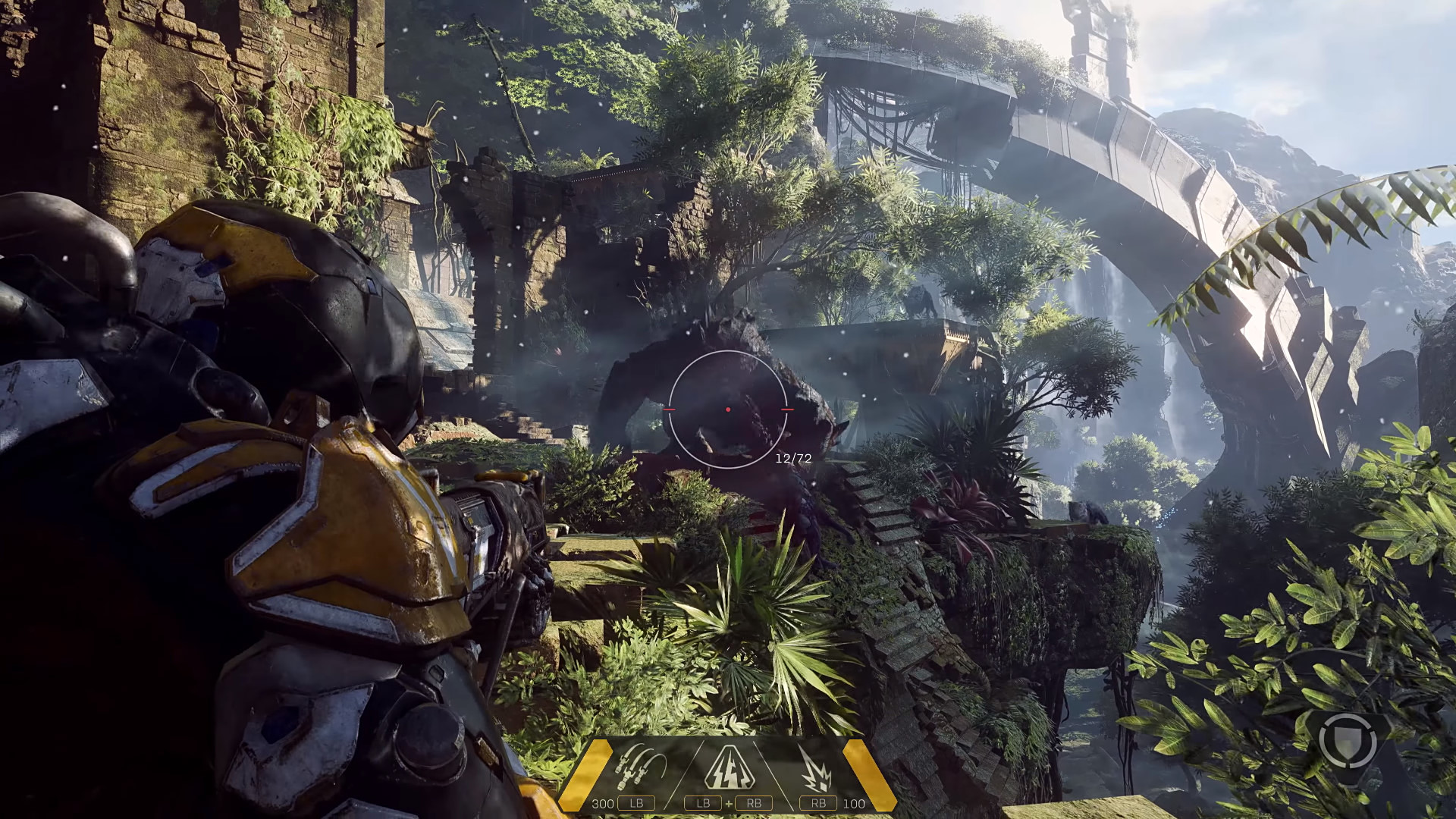 Strongholds in Anthem are going to be instanced activities which will be the equivalent of raids or dungeons. These are activities that will be higher level, and will require co-op play, and will feature as endgame content. Though they will have some story elements, these aren’t really going to be tied to the larger narrative that much. Players going through strongholds can expect 30-40 minute long gauntlets of waves of enemies, some puzzle solving, and en end dungeon boss, with rewards coming in the end in the form of loot, some of which will be exclusive to strongholds. At launch, Anthem will have three strongholds.

There’s going to be more in terms of endgame content in Anthem when it launches- Legendary Contracts, according to BioWare, are repeatable and dynamic missions which are going to be significantly more difficult than most other activities in the game (and as a result, yield higher-end rewards). Quest steps and what players will be required to do will change every time you tackle them to keep them fresh and from getting monotonous. 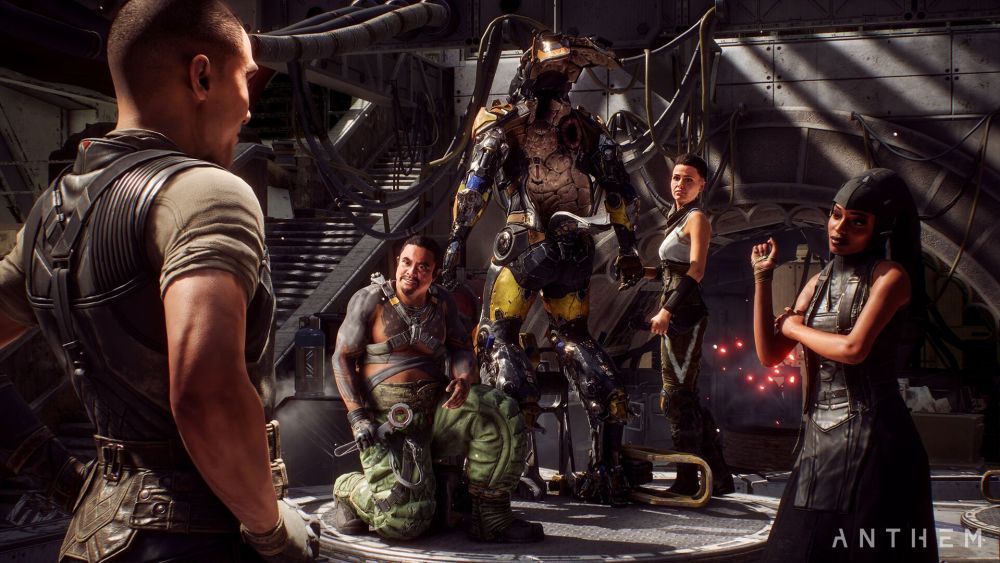 For those who’re not too keen on Anthem’s single player side of things and are wondering whether there’s going to be a social area similar to the Tower in Destiny, the Launch Bay is exactly that. It’s a social area where up to sixteen players can meet up. The Launch Bay will allow you to pick up new contracts, customize your loadout, and even use the forge in between missions. 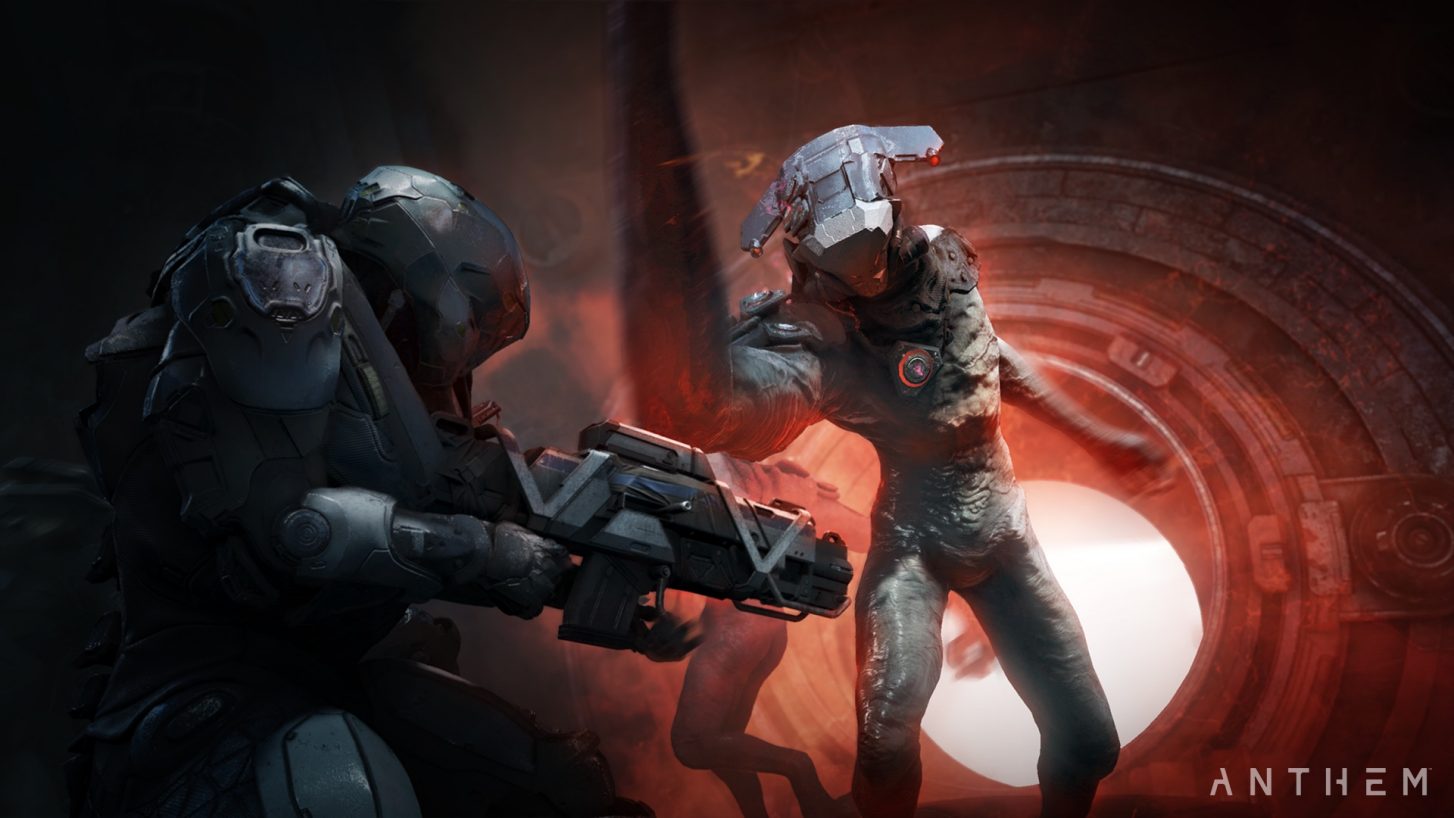 Anthem is going to be approaching armour a little differently than what you’d ordinary expect. That’s because armour in Anthem won’t be tied to stats- it’ll be cosmetic only. Your progression will be completely divorced from what your Javelin is wearing by way of armour, which means you can pick whatever armour  and gear pieces you want and equip them purely on the basis of how your Javelin looks with them. 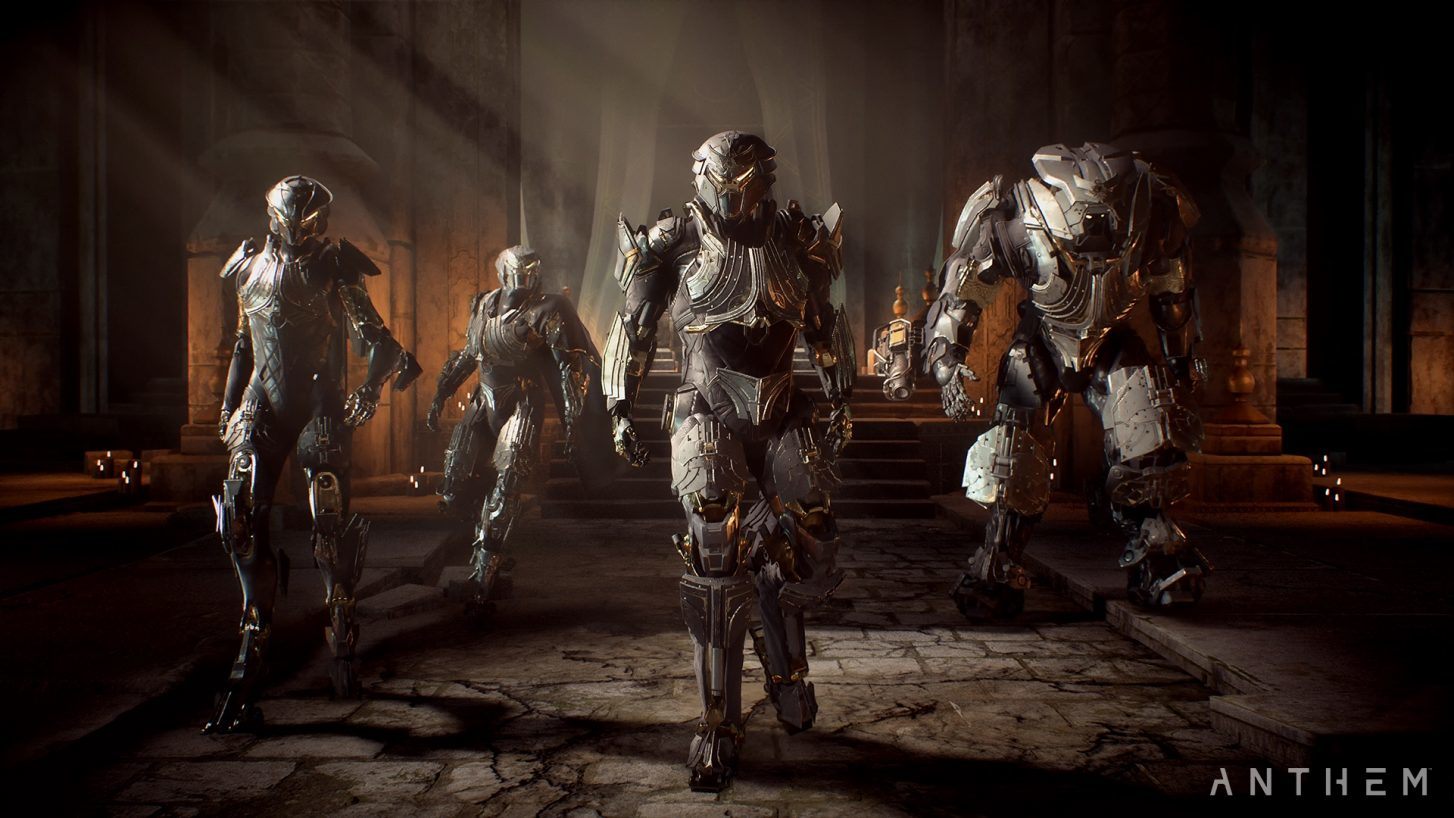 Given the fact that armour in Anthem is purely cosmetic, that would have to imply that cosmetic customization is also going to be a pretty big deal in the game- and that is indeed the case. Everything from pain scheme and vinyls for the legs, arms, head, and torso, to victory poses, emotes, and landing animations is going to be customizable, while players can also decide whether or not their Javelins show any degredation.

CAN BE PLAYED SOLO

Anthem is, by and large, a game that is being designed as a co-op experience that you can play with your friends (or with strangers through matchmaking), but that doesn’t mean that you can’t play it solo. All missions will be playable solo, but BioWare have said pretty plainly that the game is really at its best when it’s being played with others. If you do play solo, also be prepared for more of a challenge.

There will be no PvP in Anthem at launch. On one hand, it’s easy to see why- because, simply enough, that simply isn’t the kind of game Anthem isn’t trying to be. But then again, on the other hand, as we remember all too well from the launch of Destiny, PvP is something that can help a game have legs in the weeks following its release. Not having enough endgame content to keep players hooked until the next wave of content drops is a very real concern for most who’re looking forward to Anthem, and having PvP could help placate that a little bit. Then again, BioWare have said that they might just end up adding PvP down the line, so you never know.

Sadly enough, it’s hard not to talk about microtransactions in AAA games these days, especially those with an online tilt, and even more especially those that are associated with EA. Anthem will have microtransactions, but 1) there will be no loot boxes, and b) these will be of the cosmetic variety, so none of that pay-to-win crap. That said, even things like how good your armour and gear looks is obviously a very important thing in a third person looter shooter like Anthem, so the hope remains that EA doesn’t monetize the cosmetic content too aggressively. 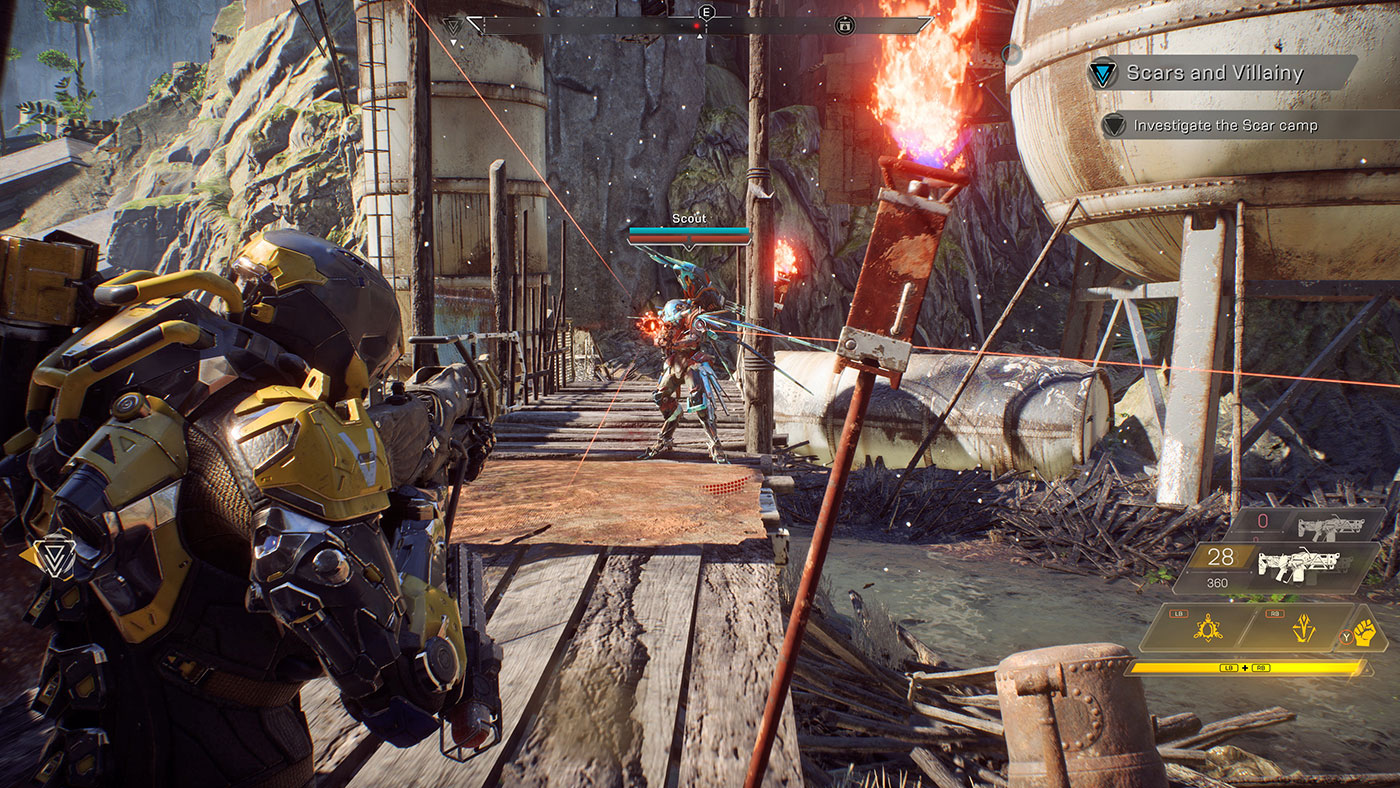 One of the interesting things BioWare is planning to do with Anthem by way of post-launch content is to have seasonal content which offers communal storytelling. These will consist of game-wide events and “communal storytelling”, in the words of the developers, similar to what Fortnite does. What exactly that will look like and how it will function in context of the kind of game Anthem is remains to be seen. 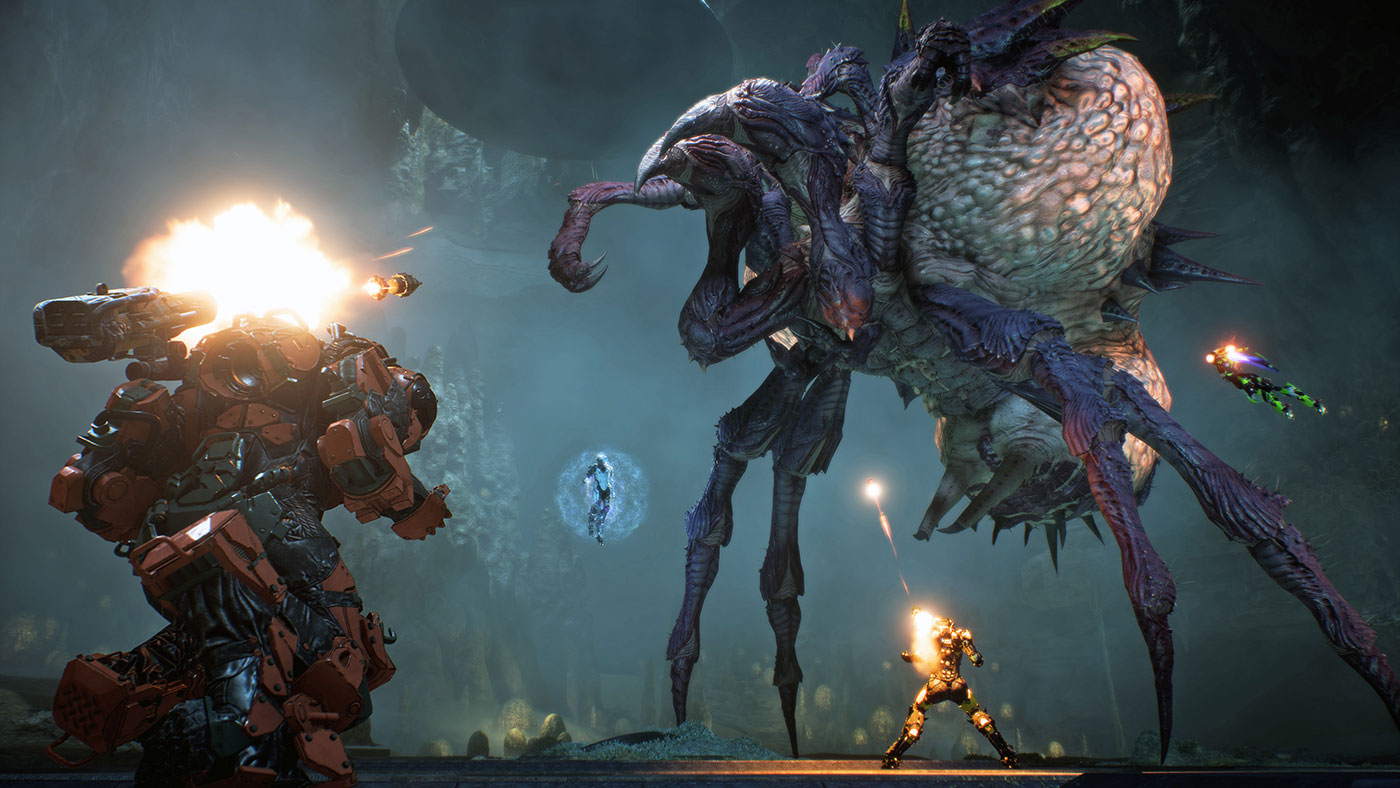 EA’s games have been following a free DLC model for a couple of years now, and Anthem is going to do so as well. All story DLC, for starters, will be released for free, but BioWare, have also stated that other post-launch content, including things such as raids or any other ongoing live service updates, will also be released free of cost.