Mark Darrah has been answering a lot of fans’ queries about the game on Twitter. 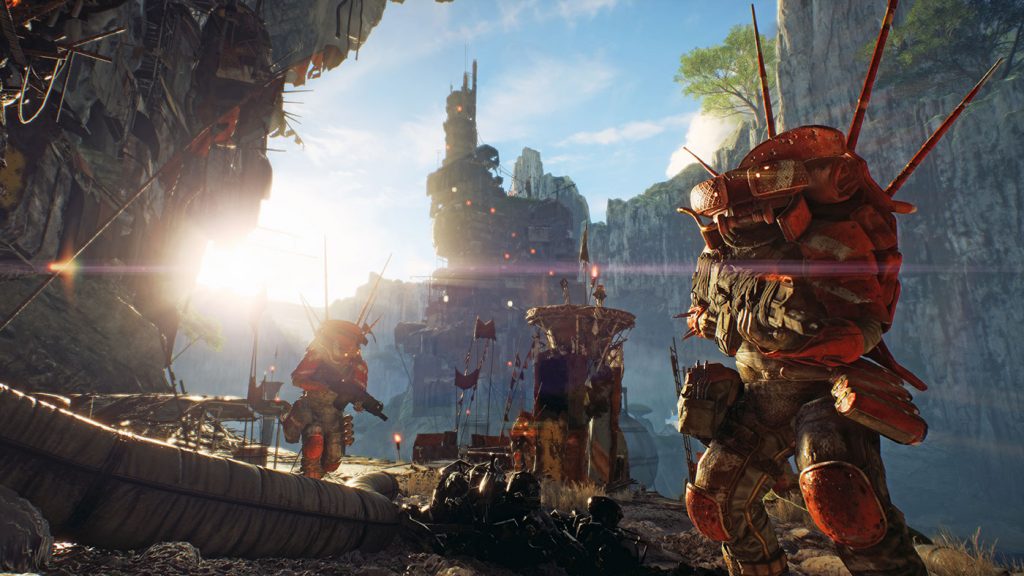 The developers of Anthem had recently revealed quite a lot of details about the game via Twitter. Now, the game’s Executive Producer Mark Darrah has continued providing information regarding different aspects of the game including customization options, weapons, and more.

First of all, we get to learn that during free play, there will be no boundaries, so players can get really far from one another. However, in some missions, players may be teleported under certain circumstances. Darrah also stated that there will be different paint styles available to customize your Javelin suit. Apart from the colour variations, there will be different geometry options available as well to customize the Javelin suit. We also learn that players can unlock further customization options by just playing the game, and these will not be locked behind a paywall. It was also confirmed that trading with other players will not be an option in the game.

As far as weapons are concerned, there won’t be a dual wield option in the game. The Javelin can carry a total of 2 weapons along with 2 gear slot weapons such as grenades or a wrist missile. Players will also gain set bonuses by equipping multiple pieces of equipment from the same  set. Darrah also clarified that the Javelin does not have its own skill tree, and its progression is directly tied to the gear. There will also be special events like holiday events to look forward to in the game.

Depends on the situation. In free play, no boundaries https://t.co/dcfFipNpKZ

You will be teleported under certain circumstances https://t.co/Hr8wmVnL3B

Yes I think so https://t.co/FH5VVn2yFo

There is different geometry available too https://t.co/jPI1OaGqMk

You can earn personalization options by playing https://t.co/CkJGSvYsaM

There are no skill tees for Javelins. They are gear driven https://t.co/RCQtsO9MmS