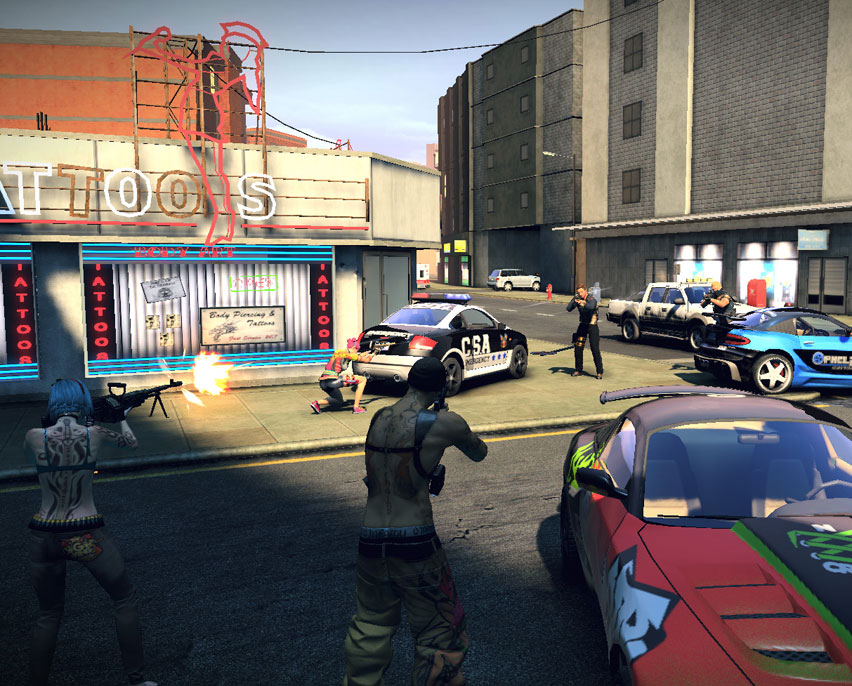 There was a recent closed beta for APB Reloaded (APB = All Points Bulletin) and the Grand Theft Auto type of MMO is not just back but an open beta has been announced with fixes made from the closed beta.     The game even has David Jones who previously worked on Grand Theft Auto and Crackdown on the team for the game.  He has said “After seeing what the team has done with the game thus far, I’m certain that APB Reloaded will become the title that truly breaks new ground for online game experiences, especially with transition to a free-to-play model.”

The open beta for APB will begin on May 18th, 2011 and will have credit bonuses for players from the original game, new items, Character Restorations and a “radical solution” to keep away cheaters.  No guarantees, but signing up for the newsletter is your best bet to get into the beta right now.. so what are you waiting for? Get to it now right here.  It also helps to have a GamersFirst account as well.  More info coming straight from E3 this year so stay tuned!  Hopefully we might see the game come to consoles, but who knows.