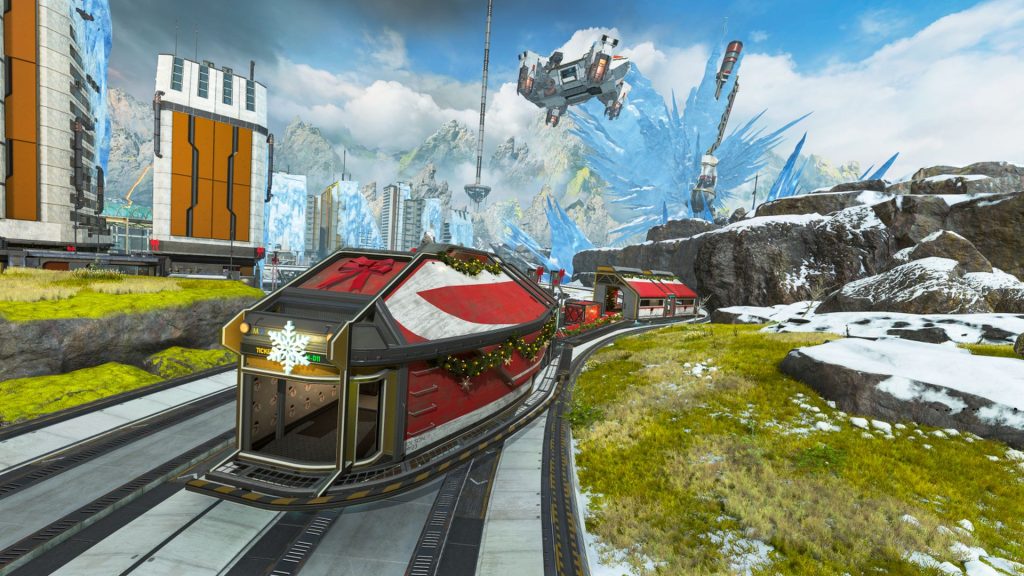 The Winter Express is making a comeback in Apex Legends, this time as part of the Raiders Collection Event. Starting on December 7th and available until December 31st, the event will offer Legendary cosmetics for characters like Bloodhound, Pathfinder, Wattson, Wraith, Valkyrie, Revenant and Loba. Check out the trailer below to see them in action.

Complementary weapons skins are also offered and can be obtained in either the store or through the prize track (with 1,600 points doled out via challenges each day). There are 24 new limited-time cosmetics in the event and unlocking all of them rewards the newest Heirloom – Wattson’s Energy Reader.

As for the Winter Express, it’s a limited time mode which sees three squads boarding the train on World’s Edge to capture it. This time around, players can choose load-outs before venturing forth, thus adding some strategy to the experience. Check out some of the patch notes below, which details upcoming fixes for Legends like Wattson, and full patch notes here.