The fight between the Russians and NATO heats up further.

The ARMA 3 beta, currently running for PC on Steam, just keeps getting bigger as Bohemia Interactive has announced that it will be adding the “APC Package” which includes the BTR-K Kamysh and IFV-6c Panther. Also, BattlEye (BE) has been integrated to improved the multiplayer experience. Check out screenshots for the same below. 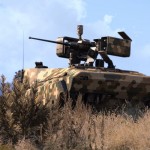 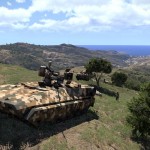 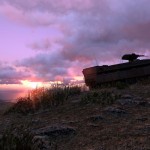 The OPFOR’s BTR-K Kamysh is on the Russian side, and features a 30 mm cannon, machine gun and 2 guided AT missiles. It will play a role in supporting infantries during sorties. On the NATO side is the IFV-6c Panther, which features strong armor, an RCWS HMG, 40 mm grenade machine gun and smoke flares. It is capable of transporting up to 8 players.

As for BattlEye, it will act as an anti-cheat software, providing an extra layer of multiplayer security in order to prevent hacks and the like from ruining matches. Other fixes and balances have also been added, which players view via the changelog on the official ARMA 3 site.