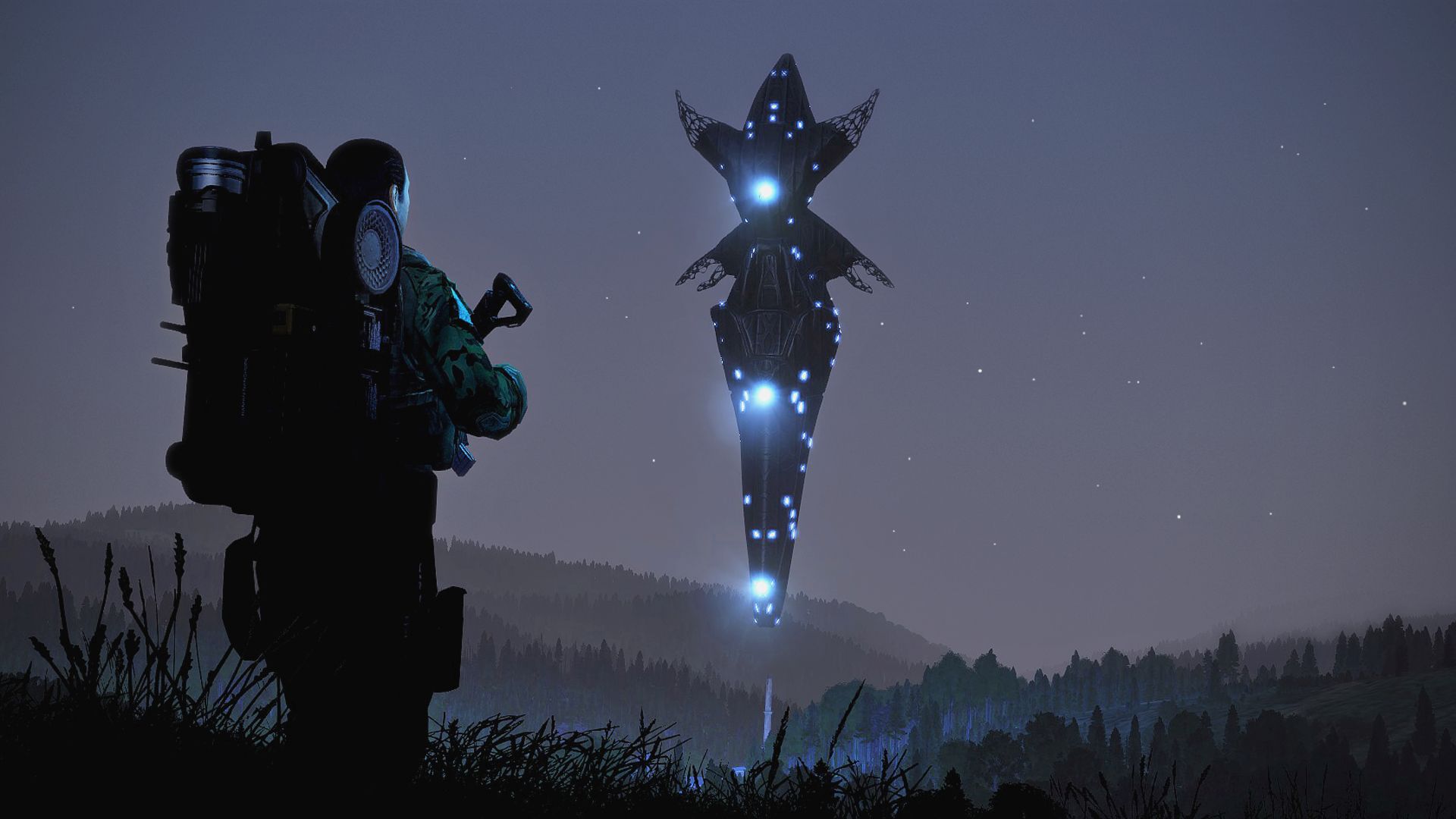 Bohemia Interactive has announced a new “spin-off expansion” for its military shooter ARMA 3, called Contact. Why is it called Contact? Because you interact with aliens, the first of any kind of interaction for humanity. The developer did say that no one would have seen this coming, and they were right.

According to the team, Contact sees players investigating an alien aircraft. Combat inevitably breaks out, and you’ll have to work with field science, electronic warfare, and combat reconnaissance. This could mean studying anomalies or even using the electromagnetic spectrum for navigation. It’s pretty far out.

Project lead Joris-Jan van ‘t Land stated in a press release, “Many of us have wondered if humanity is alone in the universe. I, for one, want to believe we are not. The premise of intelligent life visiting Earth from outer space has fascinated me since childhood, and combining that with the military authenticity of Arma 3 always seemed like it would make for a very cool and unique experience.

“After our team’s previous project — Laws of War DLC — proved that players enjoy gameplay that’s a little different, our team felt motivated to go for it. I am personally very grateful for the opportunity to explore this theme, and I want to thank all Arma 3 players for their support and making it possible for this dream to come true.”

Along with the Livonian Defense Force and Russian Spetsnaz available as factions with their own weapons, vehicles, and gear, players will also explore Livonia. That’s 163 square kilometers of terrain to navigate. ARMA 3 Contact will be available on July 25th for PC via Steam and the Bohemia Store. It will cost $28, with a discount available until August 1st.