Ashes of the Singularity Developer Has Lots Of Exciting Things Planned For The Game In 2017, Won’t Rule Out Console Ports 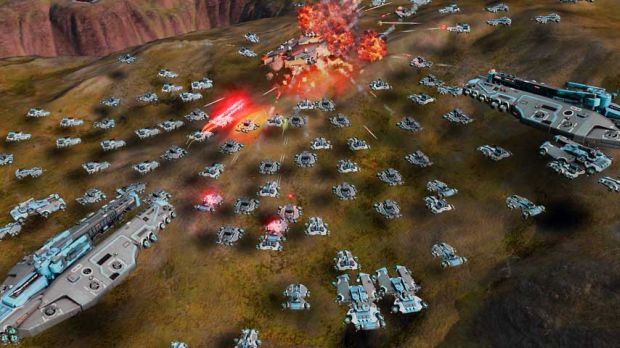 Real time strategy games have so far been the purview almost exclusively of gaming PCs. They’re just really hard to get right on consoles- ask Microsoft, who have now tried twice with Halo Wars and Halo Wars 2. Especially for someone like Stardock, whose games are even more nuanced and complex than the average strategy game, and borrow liberally from 4X strategy titles, it’s hard to imagine those working on PS4 and Xbox One.

But when we sat down with Brad Wardell, CEO of Stardock, for a chat, we did decide to ask him what the odds of seeing a console Ashes of the Singularity port were- yes, a lot is stacked against that ever happening, but has the company completely ruled it out yet? What about the company’s excellent Nitrous Engine?

“Nitrous will run on consoles, we plan on bringing it over to consoles,” Wardell said. “Ashes of the Singularity, that would be tough. I remember- you remember when they tried to do Supreme Commander 2 on a console, and the sacrifices they had to make to try to get that to work were pretty tough. But I won’t say never- I just think it depends on how consoles evolve.”

That said, even without a console port planned any time soon, it looks like the future is bright for Ashes of the Singularity. “In 2017, we’re trying to add a lot of stuff, I would say features that many RTS players would expect in the genre, but features that were pretty hard at first because of the nature of our engine- such as replays, better modding support, new types of units, that kind of stuff.  And we’re starting to try to create other kinds of environments like oceans, so we can eventually have ships and other races, and that kind of thing.”

So, you may not be playing this with a controller any time soon (honestly, that’s a good thing)- but the game will be growing and evolving in a major way this year. I think that should make all fans of Ashes of the Singularity happy.

Tagged With: Ashes of the Singularity, pc, ps4, Stardock, Xbox One