Will the long-rumoured Switch version of the upcoming remaster finally be confirmed soon? 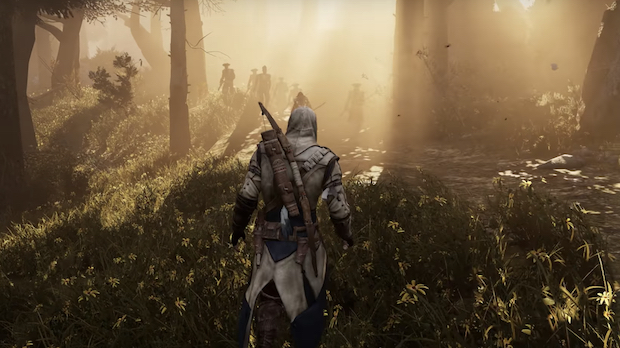 Assassin’s Creed 3 Remastered was confirmed for a March release recently by Ubisoft, but when they announced the release date, they only mentioned the PS4, Xbox One, and PC as its launch platforms. The Switch was noticeably missing- sure, new instalments like Assassin’s Creed Odyssey not releasing on the Switch makes some sense, given hardware limitations, but as a remaster of a six year old game (and the fact that Ubisoft’s support for the Switch has been pretty good), it seemed like a pretty major omission.

There have been rumours circulating that a Switch announcement for the remaster is imminent either way, and now, as per the game’s page on Ubisoft’s own site, that might just be true. On the page for Assassin’s Creed 3 Remastered, the Nintendo Switch is also mentioned as one of the platforms it will be releasing on. You need to be logged into your Ubisoft account to view the game’s page, or you can just take a look at the screenshot below. Given that that’s on Ubisoft’s own website, it’s hard to discard that as a less-than-credible source. So why wasn’t the Switch version announced alongside all the other ones? Well, with a Nintendo Direct most likely just a couple days away, it’s likely that that announcement’s being saved for the occasion.

We should find out either way soon enough. For now, Assassin’s Creed 3 Remastered is confirmed to be heading to the PS4, Xbox One, and PC on March 29. To find out what changes you can expect to see in it over the original release, head on over here.