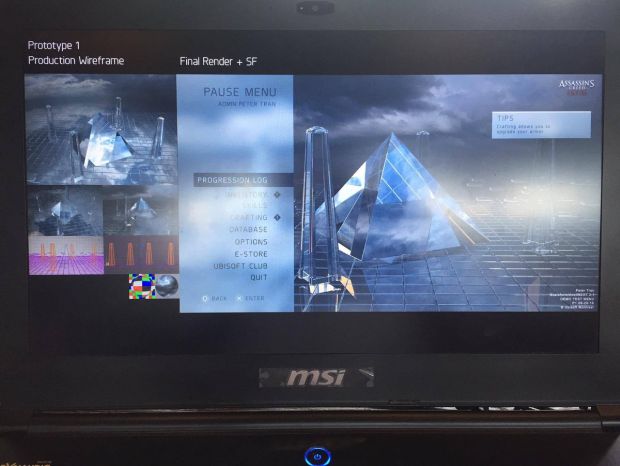 A screenshot which is seemingly from Assassin’s Creed Empire has leaked courtesy of JeuxVideo (via NeoGAF).

It’s essentially a screengrab of the game’s menu, which showcases the game’s rumoured Egypt setting and crafting. This pretty much confirms that the next Assassin’s Creed game will be taking place in Egypt, though Ubisoft hasn’t confirmed any more details about the same. It’s not much but it’s something to go off of (though we’d still take it with a grain of salt).

However, it could seem that the game won’t be out next year. Ubisoft officials have claimed the sequel may skip 2017 with the focus on quality that’s required. Regardless, if more time is necessary to ensure everything works properly (and to avoid another Assassin’s Creed Unity-like situation), then so be it.

What are your thoughts on Assassin’s Creed Empire and it being set in Egypt? Let us know in the comments below and stay tuned for more information on the same in the coming months.