Currently limited to PS3 and PS4 versions of ACIV. 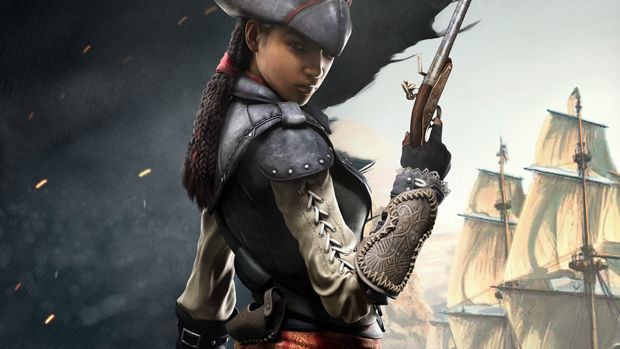 Despite Sony’s “Best Place to Play” trailer for the PlayStation 4 containing a fine print that DLC for Assassin’s Creed IV: Black Flag would be timed exclusive for PlayStation, Ubisoft confirmed today that the DLC won’t be coming to other platforms. This content is exclusive to PS3 and PS4 versions of Black Flag and features Assassin’s Creed III: Liberation’s protagonist Aveline in her own story. This portion of the game consists of three missions and is estimated to last an hour.

This fact was confirmed to Eurogamer, but a representative also told Joystiq that “the PS exclusive DLC isn’t planned for Xbox 360/Xbox One”. Does that mean it could still come to PC? We’ll have to wait and watch in the coming months – that fine print in Sony’s trailer had to mean something. More importantly, does this condition also apply to Ubisoft Montreal’s recently delayed Watch Dogs which also features PlayStation-exclusive DLC?

Assassin’s Creed IV: Black Flag is currently available worldwide for Xbox 360 and PlayStation 3, with a PS4, Xbox One and PC release planned for November.