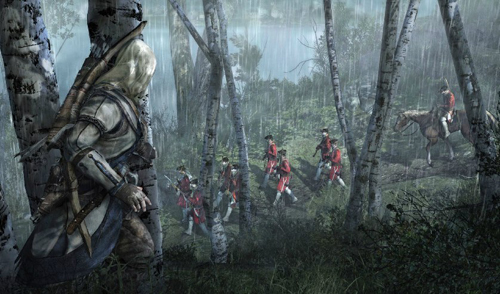 Author John Beiswenger, who had previously accussed Ubisoft of copyright infringement over the Assassin’s Creed series of games, has dropped his case.

According to Gamasutra, Beiswenger has chosen to voluntarily drop his lawsuit due to “unrelated business matters”.

In dropping the case against Ubisoft at this point, according to legal representative Kelley Clements Keller, Beiswenger is free to re-open the case at any point in the future should he desire to do so.

“My client’s decision to exercise his right to voluntarily dismiss the action, without prejudice, in no way diminishes his stalwart conviction in the merit of his claims against Ubisoft. He is unwavering in his belief that many key components of the Assassin’s Creed video game franchise infringe on many key components of his novel, Link,” said Keller.

“We believe Ubisoft has engaged in egregious acts of copyright infringement and, should he choose to seek redress through the courts in the future, we remain confident that a trier of fact would agree.”

Beiswenger had also filed a lawsuit against GameTrailers, which was settled out of court on 18 May.