There are countless heroes in the gaming wolrd, but some stick with us more than others. Some are appointed as the mascot by a company while other's are picked by the community itself. 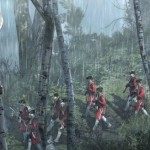 Author John Beiswenger, who had previously accussed Ubisoft of copyright infringement over the Assassin's Creed series of games, has dropped his case. According to Gamasutra, Beiswenger has chosen t... Read More

[HTML1] The critics are raving about it, it's nearly here and another (Japanese) video has cropped up for (drum roll) Zelda: Skyward Sword! In this video we take a tour around 'The Knight Academy',... Read More 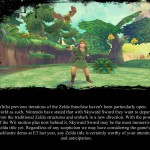 E3 2010: The Legend of Zelda: Skyward Sword Releasing Next Year

Earlier today at Nintendo's E3 showing, Miyamoto announced that the much hyped Zelda title, slated to be a "re-boot", will be releasing in 2011 for the Wii. The game is titled Skyward Sword. A teas... Read More