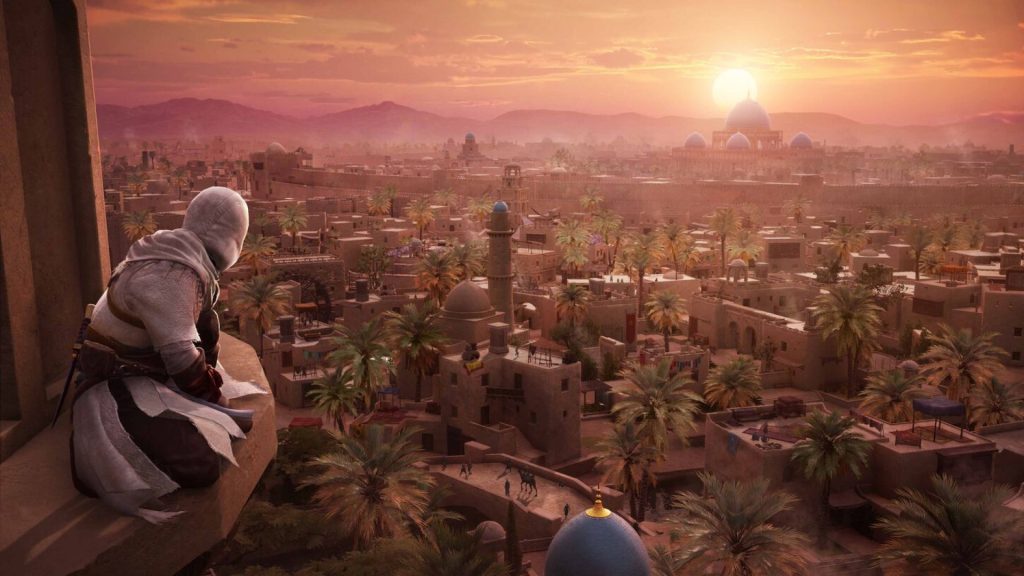 Assassin’s Creed made a big switch in 2017 with Assassin’s Creed Origins and proceeded to double down on the massive open world action RPG formula with Odyssey and Origins, but as good as all three games are in their own right, it’s no secret that by this point, there’s no shortage of people who’ve gotten a little tired of the formula. Recent instalments have been frequently criticized for being too massive, to the point of feeling bloated- though thankfully, it seems like the series is looking to correct that mistake with its next instalment.

The upcoming Assassin’s Creed Mirage is going to be much more similar to older entries in the series than the recent aforementioned trilogy. It is set in a single city, focuses more on stealth and parkour, is going to have a significantly shorter runtime, while Ubisoft has also made it abundantly clear that the intention is to go back to a much more focused approach that takes cues from older Assassin’s Creed games.

Speaking recently with GamesRadar, creative director Stéphane Boudon reiterated that, saying that a big part of the reason for the more intimate scale of Assassin’s Creed Mirage was the increasing criticisms of the series’ recent open world action RPG instalments.

“Mirage’s creation has been the convergence of several inputs,” Boudon said. “Of course, the first one comes from our community: Origins, Odyssey, Valhalla they are all great games with the promise to live an epic journey in a strong fantasy. Their scopes have been calibrated to fulfil those ambitions as they all embrace the RPG mechanics. But amongst our fans, we started hearing the desire for a character driven story, focused on the core pillars of the first ACs in a more intimate scale. It resonates with us as well as developers and this was the starting point of the project.”

Meanwhile, Boudon also says that with the development team having the benefit of working with more powerful hardware, Assassin’s Creed Mirage is also going to be a much denser experience that has a lot more mechanical and systemic depth and interactions, and a much more immersive setting that will be packed with more details.

“The increased hardware power and the extended expertise we developed also allow us to have a richer and denser map compared to the first ACs, and it means for us more gameplay opportunities, more interactions between systems, more depth,” he said. “It also means incredible and immersive details to treat Baghdad as one of the main characters of Mirage.”

Assassin’s Creed Mirage is in development for PS5, Xbox Series X/S, PS4, Xbox One, and PC. Due out sometime in 2023, leaks claim the game is targeting an August launch.