"We have new moves for Basim, we have new ingredients, and also the density of the city is really key," says creative director Stephane Boudon. 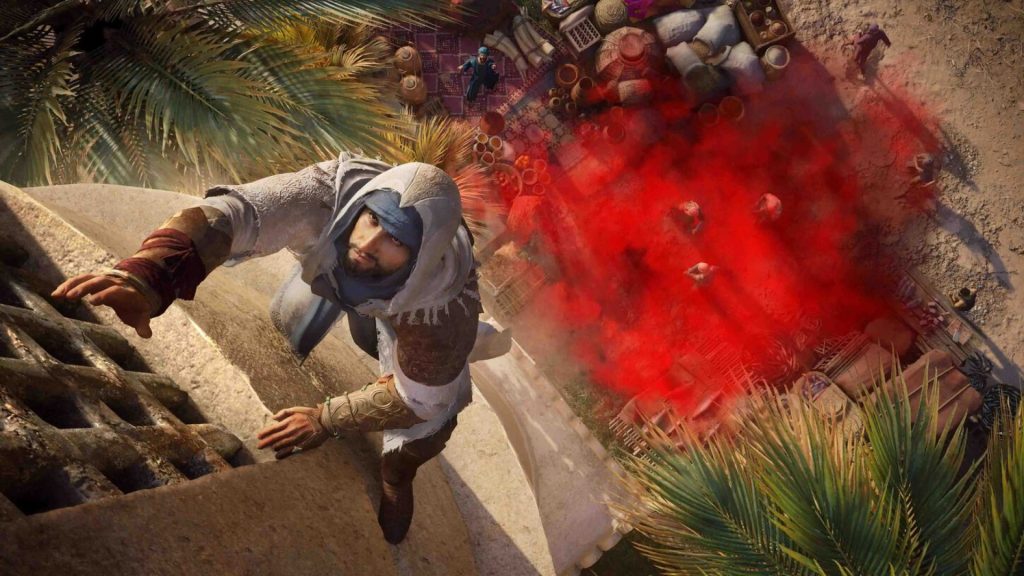 Assassin’s Creed Mirage is taking a back-to-the-basics approach in more ways than one, with the massive open world and RPG mechanics of its recent predecessors being replaced by a smaller and more stealth-focused experience that harkens back to the older Assassin’s Creed titles. And one game in particular that developer Ubisoft Bordeaux seems to have looked to for several aspects is 2014’s Assassin’s Creed Unity.

Leaks prior to Mirage’s formal unveiling claimed that the game would be bringing back Unity’s crowd density, and creative director Stephane Boudon confirms that that is indeed the case. He also adds that Mirage borrows “some ingredients and some tools from Unity“, and that it also takes cues from the 2014 titles in terms of stealth, parkour, animations, and the density of the city of Baghdad, which serves as the game’s setting.

Speaking in an interview with Game Rant, Boudon said: “Unity was indeed an inspiration for us. Unity was really built for parkour, with animations. etc. And in Mirage, we aim to add the best quality possible. Let’s say enhance the way we have parkour. So, we have new moves for Basim, we have new ingredients, and also the density of the city is really key because it’s helped us to move very quickly everywhere, like on the roofs of Baghdad. The flat roofs are also really a good way to really tackle the city during your playthrough.

“Unity was an inspiration, of course, but we aimed to upgrade and enhance with new animations and a quickness for Basim. As you know in Valhalla, Eivor was heavy and parkour was not at the core of the experience. Another example of inspiration from Unity, it’s also the crowd. So in Assassin’s Creed Mirage, you will see a big crowd. It’s been a while since you’ve seen such a crowd.”

It’s also been confirmed that Assassin’s Creed Mirage is going to be a significantly shorter game than recent entries in the series, clocking in at roughly 15-20 hours– which, again, would put it in line with older games in the series.

Assassin’s Creed Mirage is due out sometime in 2023 for PS5, Xbox Series X/S, PS4, Xbox One, and PC. Ubisoft recently confirmed that the game will not have any lootboxes- read more on that through here.