Ubisoft promises tons of content, places to explore and stories to experience. 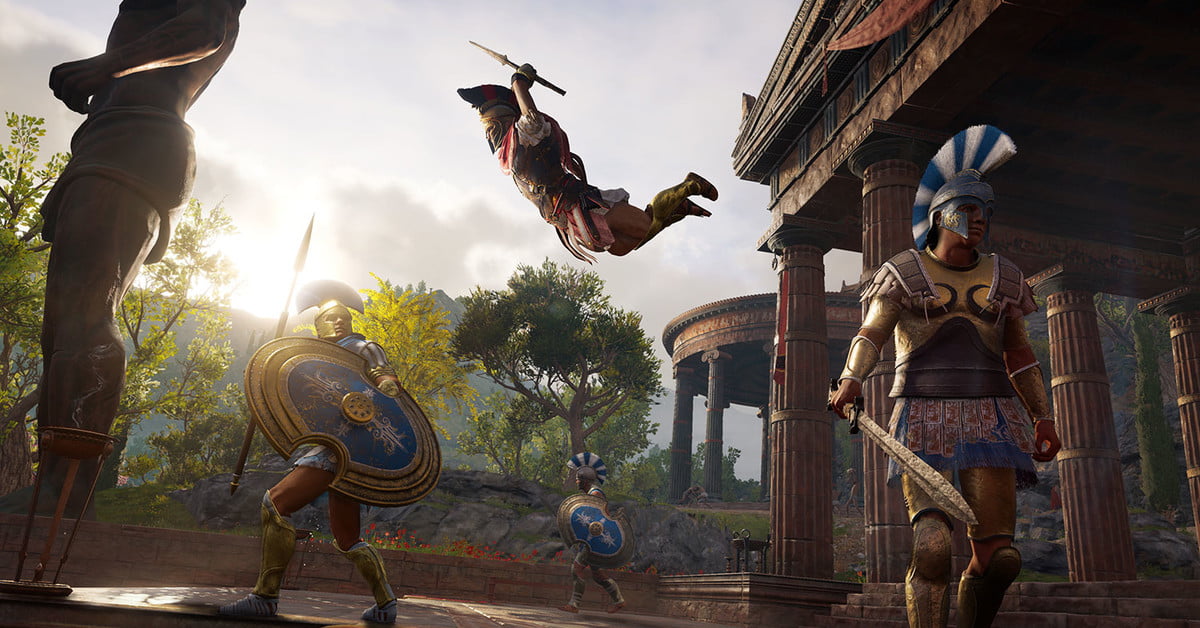 Assassin’s Creed Odyssey became notorious before E3 2018 even began, whether it was rumours regarding its setting, merchandise leaking its name or gameplay footage leaking before its reveal. Regardless, the actual game itself looked pretty neat and continues the action RPG approach set forth by Assassin’s Creed Origins. More importantly, it presents another enormous world to get lost in.

GamingBolt had a chance to speak to game director Scott Phillips at E3 2018 and asked about the overall size of the map. He responded that, “It’s a bigger map overall. The biggest map we’ve ever built. It’s got a lot of sea, of course because we’ve brought back seamless naval. So there’s a lot of area to explore on the land and on the water. It’s a huge map filled with tons of content, places to explore, people to discover, stories to experience, and quest as well.”

We got a peak at naval combat with numerous boats, the ability to hire almost anyone to your crew (for different benefits) and even ramming into other ships to cleave them in half. Of course, it wouldn’t be an action RPG without a solid progression system. Fortunately, the development team seems to be following the same formula set forth in Assassin’s Creed Origins.

That doesn’t mean the game will become a cakewalk though. Those new abilities will be critical when it comes to deeper areas in the game. “And then the world itself is reacting to you. So we scaled the world behind you, so you can feel a sense of progression constantly. But you’re constantly challenged by new areas. So you feel peaks and valleys where you’re ahead, and then you’re behind, but the game is always interesting.”

Assassin’s Creed Odyssey is out on October 5th for Xbox One, PS4 and PC.