Which is good, honestly, because that's one area that really does need improvements. 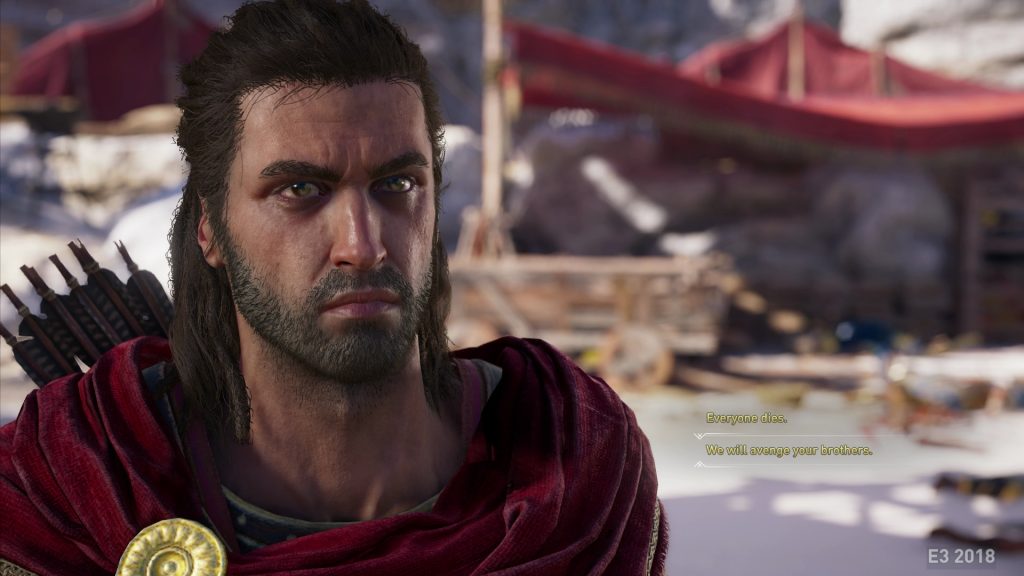 Assassin’s Creed Odyssey looks like a bold new direction for the franchise, taking the foundation of changes that Origins introduced last year, and seemingly cranking it all up to eleven. Of the many improvements they’re making, player choice seems to be the biggest one, reflected in everything from dialogue choices, romance options, to even choosing which character you play as.

However, there are some other issues that a lot of Assassin’s Creed fans have had with the series in the past that we’re all hoping won’t be a factor in Odyssey. One such issue is quest variety, which has been a major sticking point for most people in almost every Assassin’s Creed game that’s been released in the last few years (maybe even ever).

We recently sat down for a chat about the upcoming Odyssey with the game’s creative director, Scott Phillips, and we asked him if quest variety was something the developers were actively looking to improve with the upcoming sequel, and he said that it was indeed. Apparently, these improvements are all tied together with the larger amount of player choice the game is presenting, since more choice, apparently, is going to lead to more quest variety and better design.

“I think we have made huge improvements on that by focusing on choice, by giving players choice, by giving players options, and how they complete quests, how they interact with quest givers, how they role-play with the characters,” Phillips said while speaking with GamingBolt. “Because for the first time ever you’ll be choosing who you play as. It is a very different experience and it’s much more interactive and dynamic in both the world and the characters in the story. So, gameplay will reflect that as well.”

It sounds encouraging, for sure, but I’m just hoping that the bevy of trailing missions and uninspired stealth sections that plagued Origins (and most of its predecessors) won’t be a factor here either. Admittedly, Origins was a significant improvement over some of the other more recent Assassin’s Creed games in this respect, so hopefully Odyssey will continue that upward trajectory. It launches for the PS4, Xbox One, and PC on October 5.