Everything you need to know about Assassin's Creed Rogue. 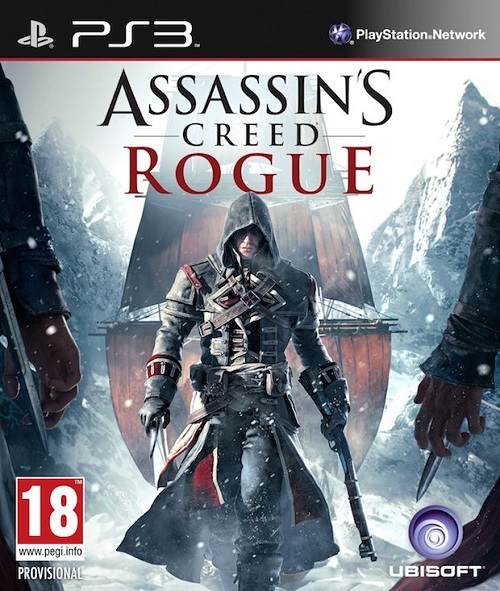 Assassin’s Creed Rogue is an upcoming action adventure video game set in the Assassin’s Creed universe that is currently in development by the Ubisoft Bulgrain division, Ubisoft Sofia. With Assassin’s Creed being a Ubisoft property, they are also going to be publishing the game.

Running on the AnvilNext Engine, which was developed by Ubisofts very own Ubisoft Montreal dev team, Assassin’s Creed Rogue is currently slated to release as a primarily 7th generation video game with no plans to bring the title to the Xbox One, PlayStation 4 or Wii U.

Currently slated for a November 11th release in North America and November 13th in PAL regions, Assassin’s Creed Rogue will be available on Xbox 360 and PlayStation 3. The game will be made available via retail and digital download through the respective services. There has been no confirmation of the existence of, or plans for a PC build of the game.

Gamers that had their fingers on the pulse of the Assassin’s Creed franchise where already very much aware of the fact that there was two separate Assassin’s Creed titles in development, but at the time details were vague at best and as expected, speculation was everywhere regarding the latest games time period, setting and faction allegiances etc.

At this stage of development (March 19th) the games working code name was Comet and was proven to exist when a leaked image helped verify the existence of two actively developed Assassin’s Creed games. Speculation at this point turned to refocus on the games setting with many people agreeing that New York would be the central location or at least make an appearance in the game as a location the player would visit.

The game was officially revealed to be an existing title to be called Assassin’s Creed Rogue that would bring an end to the games “North American Saga”, according to the games director Martin Capel. This reveal came by way of a leaked promotional trailer for the game that further proved that the game was indeed in development for the PlayStation 3 and Xbox 360. Some people still remained sceptical given the absence of PlayStation 3 and Xbox One logos, but the game was proven to be legitimate.

Despite serving as a sequel to the 2013 smash hit, Assassin’s Creed: Black Flag and containing connections to both Assassin’s Creed III and Assassin’s Creed Unity as well as some characters (specifically from AC III, namely Haytham Kenway) the game has not yet been confirmed for release on PC. Assassin’s Creed Rogue is planned to release as a full game, but serve as a piece of filler content to help bulk out the gaps and voids in between the AC III and AC IV games. and will allegedly contain a “crucial link” between them.

Similar to the development of many of Ubisoft’s prominent titles, the development team at Ubisoft Sofia aren’t tackling the game on their own, they are receiving contributions and help from Ubisoft’s studios in Singapore, Quebec and Montreal to name but a few. It’s generally assumed that this delegation of work helps the teams produce their games quickly with each studio focusing on a certain aspect of the title. 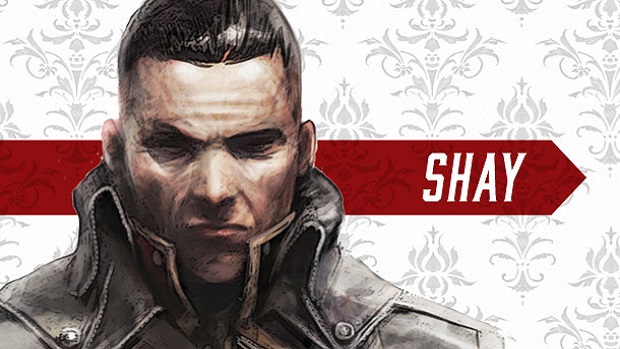 There are considerable and potential spoilers ahead for those who have not played prior Assassin’s Creed titles. Read on at your own risk or skip to the Character portion of this Wiki for more information.

Assassin’s Creed Rogue will see the player taking control taking control of a young Irishman (much to my personal pleasure, being Irish and whatnot) by the name of Shay Patrick Cormac. Shay is 21 and has recently been inducted into the ranks of the Assassin’s Brotherhood where he grows to tire of their methods and strictures. His disillusionment turns to hatred when he is betrayed by his supposed Assassin Brothers after a failed assignment.

Following this most grievous of betrayals, Shay reaches out the forces of the Templar Order when he offers them his Assassin’s skillset, wanting to serve as a hunter of Assassins.

Seizing this opportunity, Shay is granted nearly unlimited amounts of resources by the Templars and thus ventures out on his mission of revenge. What Shay does on his mission will have ramifications that will echo through the Assassin’s Brotherhood for untold years.

The much loved, though under developed character Haytham Kenway is set to make an appearance in Assassin’s Creed Rogue, though whether this is going to be an event of any considerable consequence remains to be seen.

Although unclear how, Shay is somehow related to the events of Assassin’s Creed Unity. 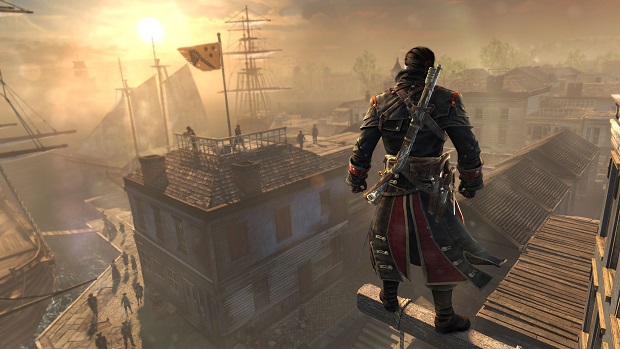 Assassin’s Creed Rogue brings the AC formula to New York the River Valley (where Shay will no doubt put the shallow draft of his ship, The Morrígan to good use) and the North Atlantic Ocean. Traversing the icy colds of the North Atlantic offers some interesting opportunities to players. Ice floats and icebergs can be used as cover from enemy fire when you’re engaged in ship to ship combat. They can also be cracked open to reveal hidden items and cargo as well as collectable animus fragments.
These Ice floats can be broken with the aid of ice smashing ram, this will make navigation that little bit easier.

Unlike the warm waters that Edward Kenyway enjoyed in his sea bound escapades, the waters of the North Atlantic ocean are considerably more chilled, thus swimming in them is generally advised against. Swimming in these sub zero temperatures will damage Shay and cause his health to deplete.

The River Valley is similar (and has been compared to) Assassin’s Creed III’s Frontier area that allows the player to seamlessly switch between land based travel to their ship. This combination of land and sea terrain of course offers some interesting possibilities in terms of mission structure, especially for an Assassin Hunter like Shay.

Given that Shay is allied with the Templars, that obviously makes you a target for Assassin forces, you and your crew will come under attack from Assassin allied force boarding parties. This makes you the defender  of The Morrígan, rather than the aggressor in an interesting twist. 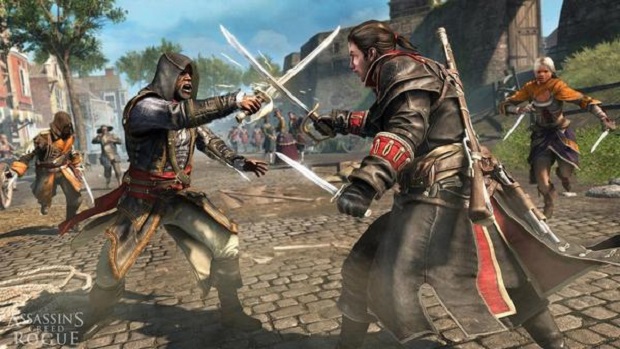 Assassin’s Creed Rogue will see the player taking control taking control of a young Irishman (much to my personal pleasure, being Irish and whatnot) by the name of Shay Patrick Cormac. When the player meets Shay he is only 21 years old and soon becomes inducted into the ranks of the Assassin’s Brotherhood.

Adewale is an Assassin that helped Edward Kenway of Black Flag fame. Despite being roughly 25 years old than he was in Black Flag, he can present a threat and still put up a fight. He has been seen crossing swords with Shay in a Ubisoft tweeted screenshot.