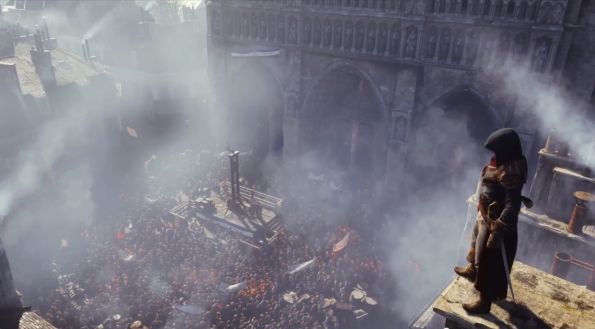 Following its full year financial reports, Ubisoft CEO Yves Guillemot revealed in a post-earnings call that Ubisoft would still continue to support the Xbox 360 and PS3.

“We have made it clear that as a company we expect to continue supporting those consoles for the foreseeable future.”

The interesting thing is regarding Assassin’s Creed: Unity, the next game in the series which “will be released this fall on Xbox One, PS4, and PC.” However, Guillemot said, “We have not disclosed our plan yet for the Xbox 360 and PS3 SKUs.”

This means that it could yet arrive for the Xbox 360 and PS3. It’s also likely that Assassin’s Creed: Comet heads to the previous generation consoles while Unity focuses on the current generation.

It was also revealed that Assassin’s Creed: Unity is being developed by TEN different Ubisoft studios, namely Montreal, Toronto, Singapore, Quebec, Annecy, Shanghai, Chengdu, Kiev, Montpellier and Bucharest. If that doesn’t indicate how big a deal it is, nothing will. Stay tuned for more details.