Conquer your foes with these handy pointers.

Just as you’d expect from an Assassin’s Creed game, Assassin’s Creed Valhalla is massive. There’s a lot going on in 9th century England, and Ubisoft’s newest open world action RPG has a boatload of content for you to tackle. As you prepare to step into the boots of Viking raider Eivor and bring your foes to heel, in this feature, we’ll be going over some basic tips and tricks that should help make your early hours with the game a little smoother. So without further ado, let’s get started.

Eagle vision has been a staple in the Assassin’s Creed franchise for as long as its been around, and though it takes a different form in Valhalla as Odin’s Sight, it’s still an incredibly useful tool. Looting chests and finding resources in the world is crucial in Assassin’s Creed Valhalla, because that’s the primary way of upgrading your settlement, and not all chests immediately show up on your compass when you enter a new settlement or town. As such, keep holding down R3 to use Odin’s Sight any time you find yourself in the middle of a new and unexplored cluster of buildings, because chances are it’ll lead you to chests and resources you otherwise definitely would have missed.

Often, you’ll come across chests and doors that will be locked, which means you’ll have to go looking for the keys that will open them. Usually, keys aren’t too far away from their locks. Using Odin’s Sight is a great way to pinpoint the location of keys if they’re in your immediate vicinity. If that doesn’t work, you can always use your raven to survey the area around. Meanwhile, you’ll often run into doors that aren’t locked but are barred from the other side, which means you’ll be tasked with finding other ways around them- but often, it’s as simple as shooting an arrow through a window to destroy whatever is barring the doors from the other side. 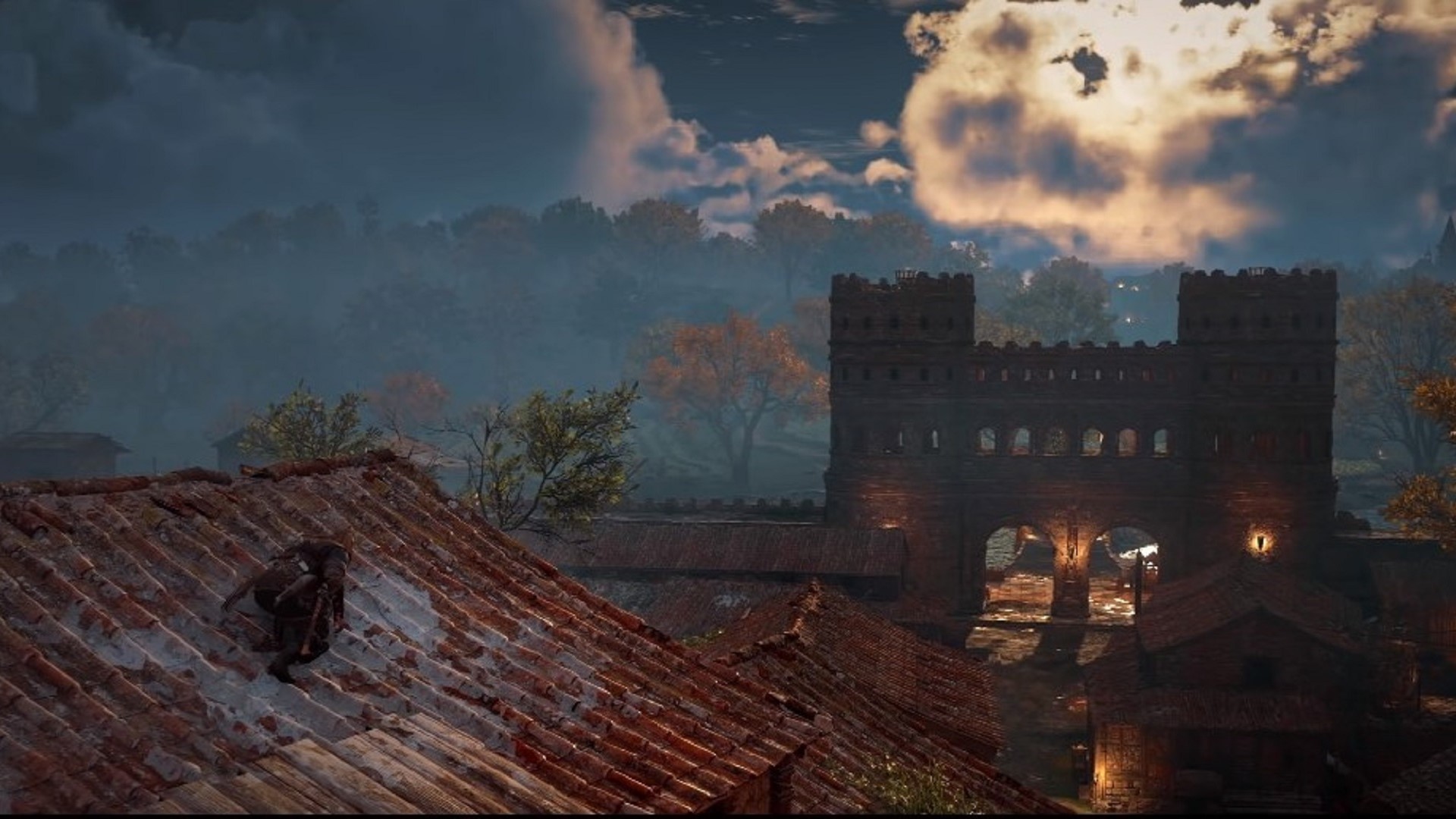 There’s quite a bit of emphasis on exploration in Assassin’s Creed Valhalla, and the game routinely rewards you with powerful new gear pieces, artifacts, Books of Knowledge, and more- but it makes you work for it. Often, simply finding your ways to walled off or locked areas to get to those rewards is a challenge in and of itself, and if you find that you can’t just break doors or find keys to get to them, that’s usually because there’s a secret entrance somewhere close by that leads to passages that in turn lead to those rewards. As such, if you ever come across such rooms that seem inaccessible, make sure to search the area with your raven for hidden entrances.

Assassin’s Creed Valhalla’s quest structure is unlike anything this series has done before, which means that traditional side quests are pretty much a thing of the past. In their place, you have World Events, and while these may seem like entirely skippable little vignettes, it’s a good idea to seek them out whenever you can. For starters, World Events are pretty short as a rule, which means they’re not too time consuming. On top of that, they usually also reward players in meaningful ways, either through decent amounts of resources that you can use for upgrades, or with supplies that you can use to build up your settlement, or just with interesting little stories, if nothing else. 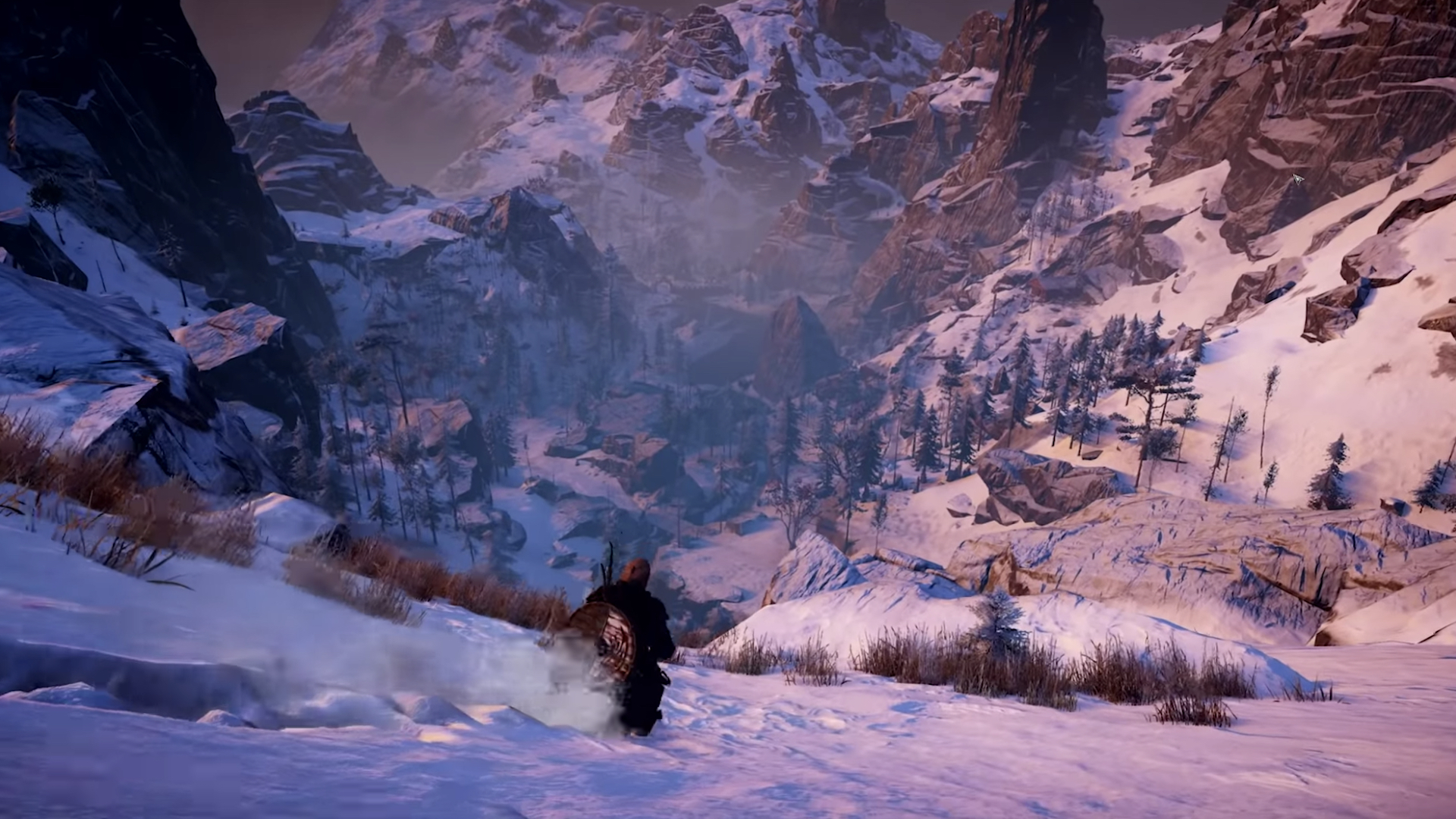 Given that this is an Assassin’s Creed game, it goes without saying that you’re going to be jumping off of high places quite a bit throughout the game. And while there’s no in-game ability that you can unlock to remove fall damage as there was in Odyssey, there is still something else you can do. No matter what kind of a height you’re falling from, all you need to do is press RT or R2 to do a heavy attack right before you’re about to hit the ground, and that’ll cancel any fall damage you may have otherwise sustained.

Appropriately enough for a game in which you play as a fierce Viking raider, raiding towns and villages is a pretty important (and extremely enjoyable) side activity in Assassin’s Creed Valhalla. On each raid, you’ll be accompanied by your crew- before heading out though, it’s a good idea to hold a feast in your settlement’s longhouse. Feasting before heading out on a raid gives temporary buffs to your crew, which makes them that much more effective during subsequent raids. Additionally, if you’ve unlocked buildings like the brewery or the bakery in Ravensthorpe, your feasting bonuses will also be multiplied, which is something else to keep in mind.

Your crew’s primary purpose is to help you out during raids, which are usually initiated by sailing your longship to a settlement’s shore, but Assassin’s Creed Valhalla is pretty flexible about how you choose to use your Viking warriors. Depending on where you are, you can summon your crew to fight by your side at any time. As long as you’re close to a river, you can summon your crew to your side and initiate an attack on any enemy encampment or location.

Enemy variety has been emphasized greatly in Assassin’s Creed Valhalla, and depending on their size and what weapons they’re using, they may have varying strengths and weaknesses- but invariably, stunning enemies is a surefire way of winning any fight. Every enemy has a stun meter, which, once filled, lets you initiate a brutal finishing attack. The stun meter fills up dramatically if you parry attacks with the right timing, giving you a brief window to execute that finisher, so always be on the lookout for parrying opportunities.

Enemies will often come at you with shields in Assassin’s Creed Valhalla, and that, as you can imagine, can be pretty annoying, especially if more than one of them advance on you at the same time. Light attacks don’t do much good against shielded foes, so any time you see one, hit them with a heavy attack. The same goes for enemies with spears as well, since they can block your light attacks with their weapon’s shafts. While light attacks will eventually do some damage through brute force, it’s better to resort to heavy attacks against such enemies in order to dispatch them quickly. 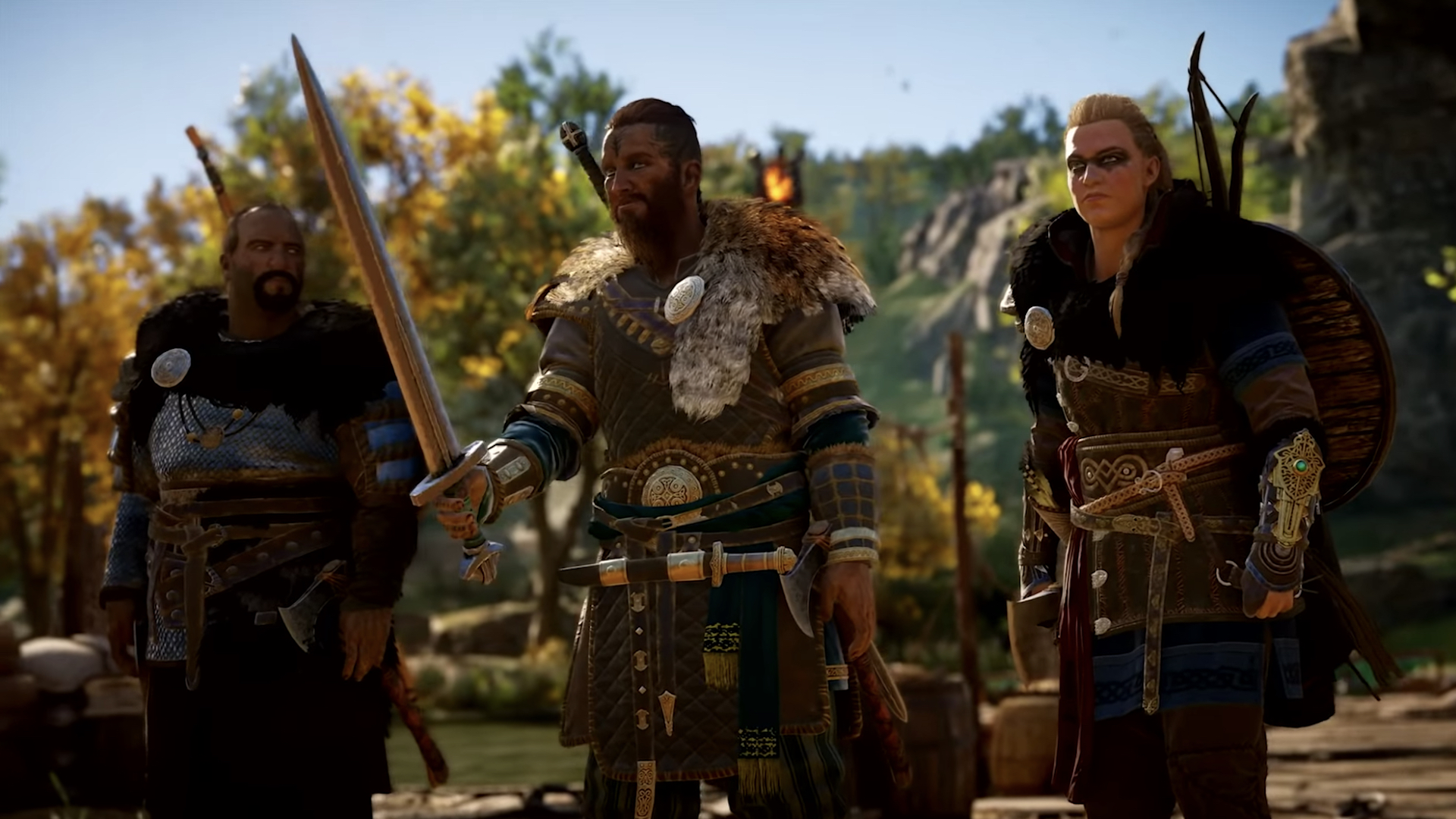 Just as healing in Assassin’s Creed Origins was done through potions you found in the world, healing in Valhalla is done through rations that you pick up in the field. In the beginning, however, your supply of rations is quite limited, and running out in the middle of a hectic fight is always a very real possibility. Upgrading your rations pouch with the materials you pick up in the open world should be a priority for you- we’d recommend upgrading it at least once or twice before you start spending those resources on upgrading your weapons or gear. 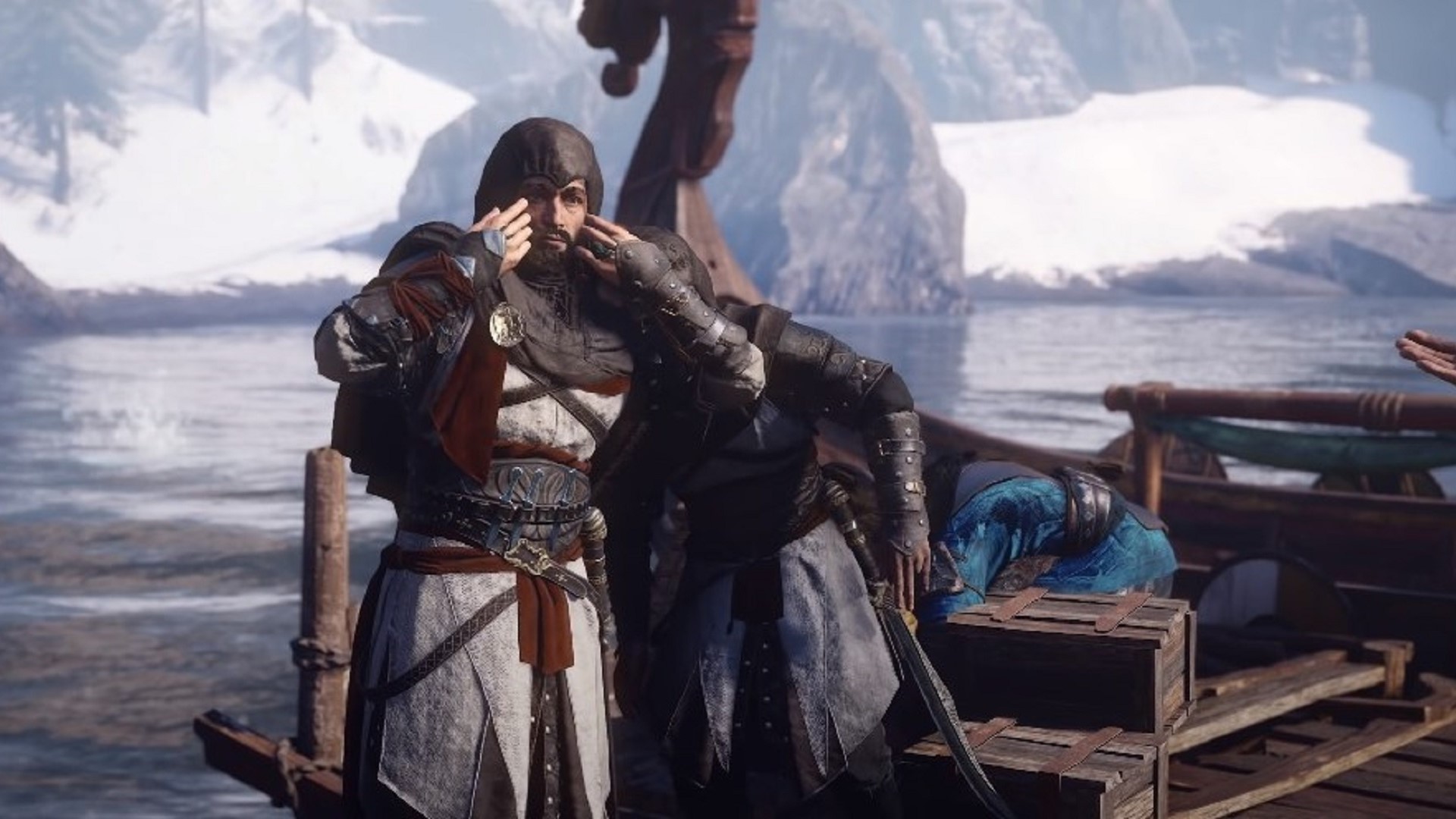 There’s a vast number of buildings you can unlock in Ravensthorpe right from the get go, but the first one that you unlock should be the Hidden Ones Bureau. For starters, you won’t be able to a leap of faith until a character named Hytham teaches it to you in a main mission, and that main mission is only unlocked once the Bureau has been built in Ravensthorpe. More importantly, one oft he game’s central main questlines – which is best left unspoiled – begins only after the bureau has been built, which means you should make it a priority.

Assassin’s Creed Valhalla has a vast and complex skill tree on offer, which allows you to invest points into building out your character one of several different ways. There’s plenty of freedom to create a build focused on stealth, ranged attacks, melee combat, or any combination of those that you prefer, but if you ever find that the build you’ve worked toward isn’t suiting your needs, you can easily start over. All you have to do is hold Y or triangle in the skill tree menu to respec your entire character and start from scratch. 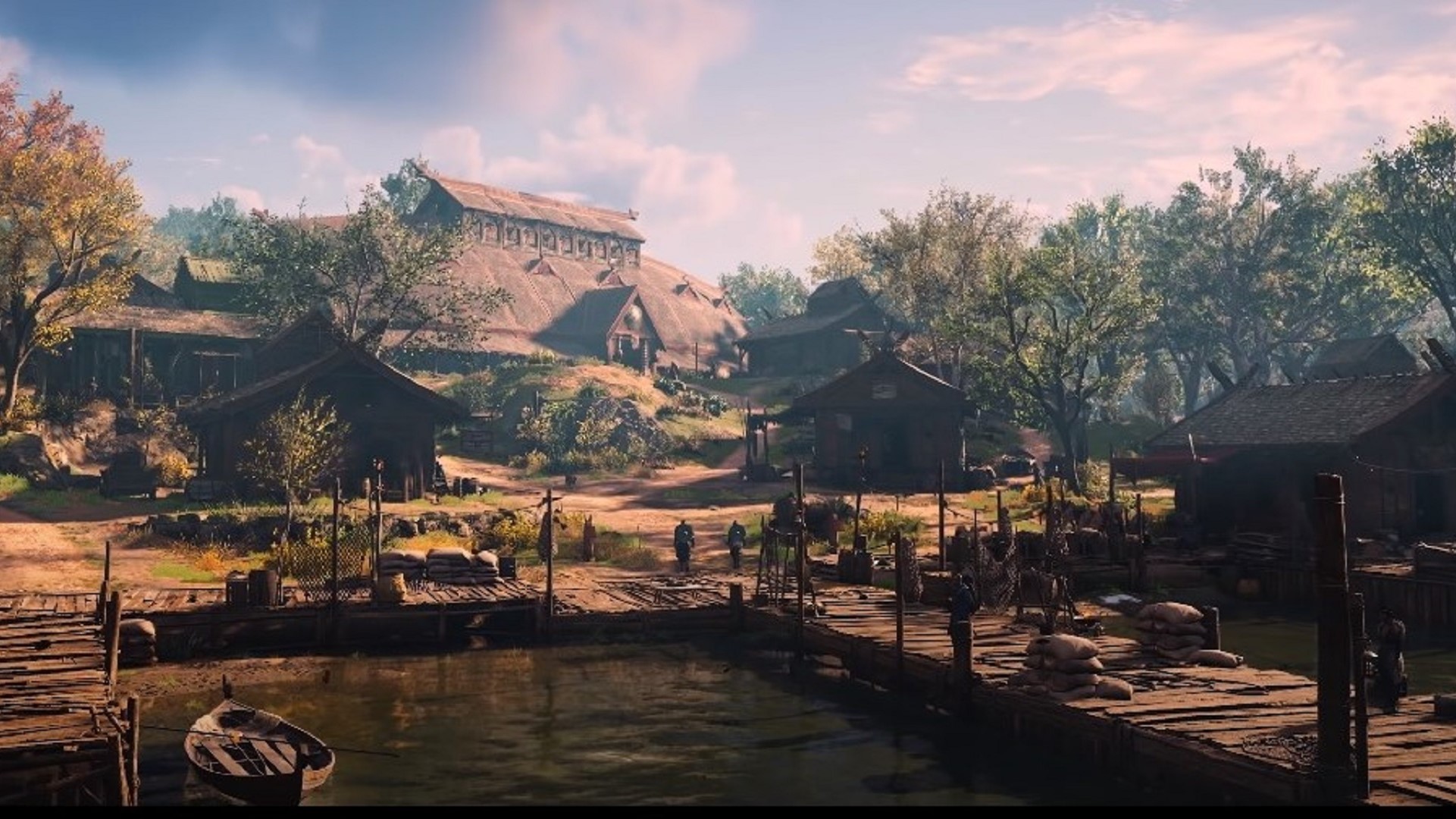 Eivor has a room in Ravensthorpe’s main longhouse all to themselves, and it serves one very important purpose. The letterbox is where Eivor will often receive messages from characters, either providing updates on their stories or often also paving the way for new quests and questlines. As such, every time you return to Ravensthorpe, it’s a good idea to check and see if Eivor has received any new letters.