Ubisoft has shared details on new free content planned to be added to Assassin's Creed Valhalla for over the coming weeks.

Assassin’s Creed Valhalla: Dawn of Ragnarok is Out Now

The biggest Assassin's Creed expansion to date sees players once again stepping into the shoes of Odin and travelling to new and magical realms.

Eivor returns for another mythical adventure- here's what you need to know about it.

It's been confirmed that the newly announced expansion will not be part of Assassin's Creed Valhalla's season pass.

Players are tasked with earning 250,000 kills as a community by December 9th. If completed, then everyone receives Basim's sword as a reward.

The update goes live tomorrow and along with various improvements, it also adds new skills like Perfect Parry and Master Counter Roll.

Ubisoft has shared a roadmap for content still coming to Valhalla in the remainder of 2021, which will also include two Title Updates.

The mode comes to the base game as a free update, but is also available on PC as a standalone purchase, with a console launch planned for 2022.

The Siege of Paris is an enjoyable extension of Valhalla, but it doesn't feel entirely unmissable.

7 Things You Need to Know About Assassin’s Creed Valhalla: The Siege of Paris

Here's what you should know about the second expansion of Assassin's Creed Valhalla.

Ubisoft has quietly updated the game to add support for the DualSense's adaptive triggers and haptic feedback in the PC version. 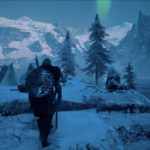 Assassin’s Creed Valhalla: Wrath of the Druids Review – More of the Same

And that's a good thing. 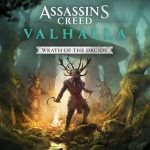 Assassin’s Creed Valhalla: Wrath of the Druids Images Tease the Arrival of Werewolves

It seems werewolves are big in games this year.

McDevitt departs after over ten years at Ubisoft Montreal. 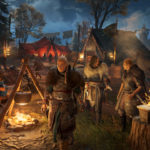 The update goes live tomorrow at 5 AM PDT.

Ubisoft plans on supporting the open world RPG for many months ahead.

Call of Duty: Black Ops Cold War and Modern Warfare Were 2020’s Highest Selling Games in the US

The Last of Us Part 2, Animal Crossing: New Horizons, and Assassin's Creed Valhalla also enjoyed strong sales throughout the year.