Someone really needs to teach this team the value of shorter titles...

atelieAtelier Ryza: Ever Darkness & the Secret Hideout (a game I shall call Atelier Ryza from here on out) is really fun, really cozy, really charming, and really laid back. For those RPG players who are tired of saving the world, fending off the apocalypse, taking on the calamity, and meeting the call of destiny, the Atelier series has always provided a bit of a respite, with delightfully smaller scale stories focused on a handful of characters and smaller locations, and a slice of life flavor that makes them almost akin to an exercise in destressing. Atelier Ryza is cut from the same cloth as every other game in this ridiculously large series (we’re looking at 20+ games at this point).

However, that doesn’t mean Atelier Ryza is stale or anything like that. In fact, to developer Gust’s credit, they’ve created probably the strongest and most compelling outing in the entire series to date. A lot of this is achieved by finally moving the series out of the comfortable niche it has occupied all these years, and trying something just a bit more than usual.

Like every other game in the series, Atelier Ryza focuses on its female protagonist – the eponymous Ryza (short for Reisalin Stout – I honestly don’t know who comes up with these names). Ryza is an ordinary girl living a boring and mundane life in a small village on an out of the way island, and desperate for some adventure to spice things up. She shirks her responsibilities to goof off with her friends, which leads to her making friends with the daughter of a powerful individual, and starting down the path of alchemy – which, of course, is the series’ central mechanic. 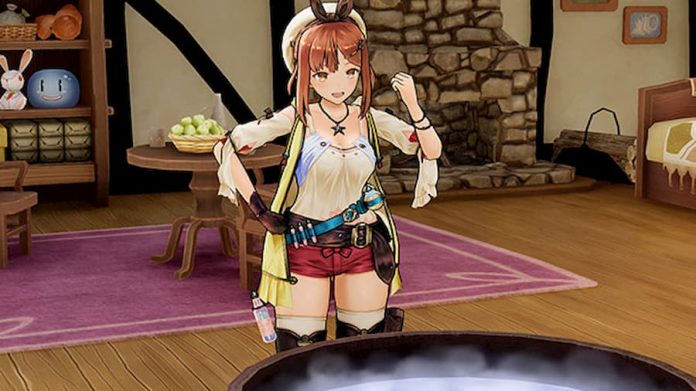 "To developer Gust’s credit, they’ve created probably the strongest and most compelling outing in the entire series to date."

The setup is more or less the same as other games in the series, though Ryza is such a lovably well written character, you warm up to her right away. This makes you more interested in her right off the bat, which of course means you’re likelier to stick around as the game works its way through its setup of the story and mechanics – although, to give this game full credit, that doesn’t actually take long. Unlike most other RPGs, Atelier Ryza has fully set up its immediate story, and most of its primary mechanics, in less than a couple of hours, leading to a fast paced adventure that doesn’t bore you with endless exposition.

In terms of story and storytelling, Atelier Ryza is a really laid back and casual slice of life story, interested more in its protagonist and her doings than the fate of the larger world. Different than the previous games is a focus on Ryza’s coming of age, and how she gets ready for the real world as an adult by forming memories with her friends, which lends the whole thing a very nostalgic and friendly vibe. This works wonderfully in its favor, and I actually started to look forward to just chilling with the game for a bit at the end of a long day of work for a bit. It feels like the Animal Crossing of RPGs, in some regards.

That said, unlike previous games, Atelier Ryza actually does end up going for a “save the world” style plot – the stakes are still smaller, but we do follow more of a traditional “Hero’s Journey” style plot progression here, which lends proceedings more structure than we have had in previous games in the series.

Mechanically, however, Atelier Ryza is more nuanced and complex than previous games in the series. The most immediate change is the battle system – rather than the simple turn based battles of previous games in the series, we get a real time action battle system, which takes some cues from Final Fantasy‘s Active Time Battle, and blends it with Tales. The end result is a surprisingly involved system, that asks players to manage a whole lot, and rewards those players who are willing to experiment with all the tools at their disposal, and to take risks. 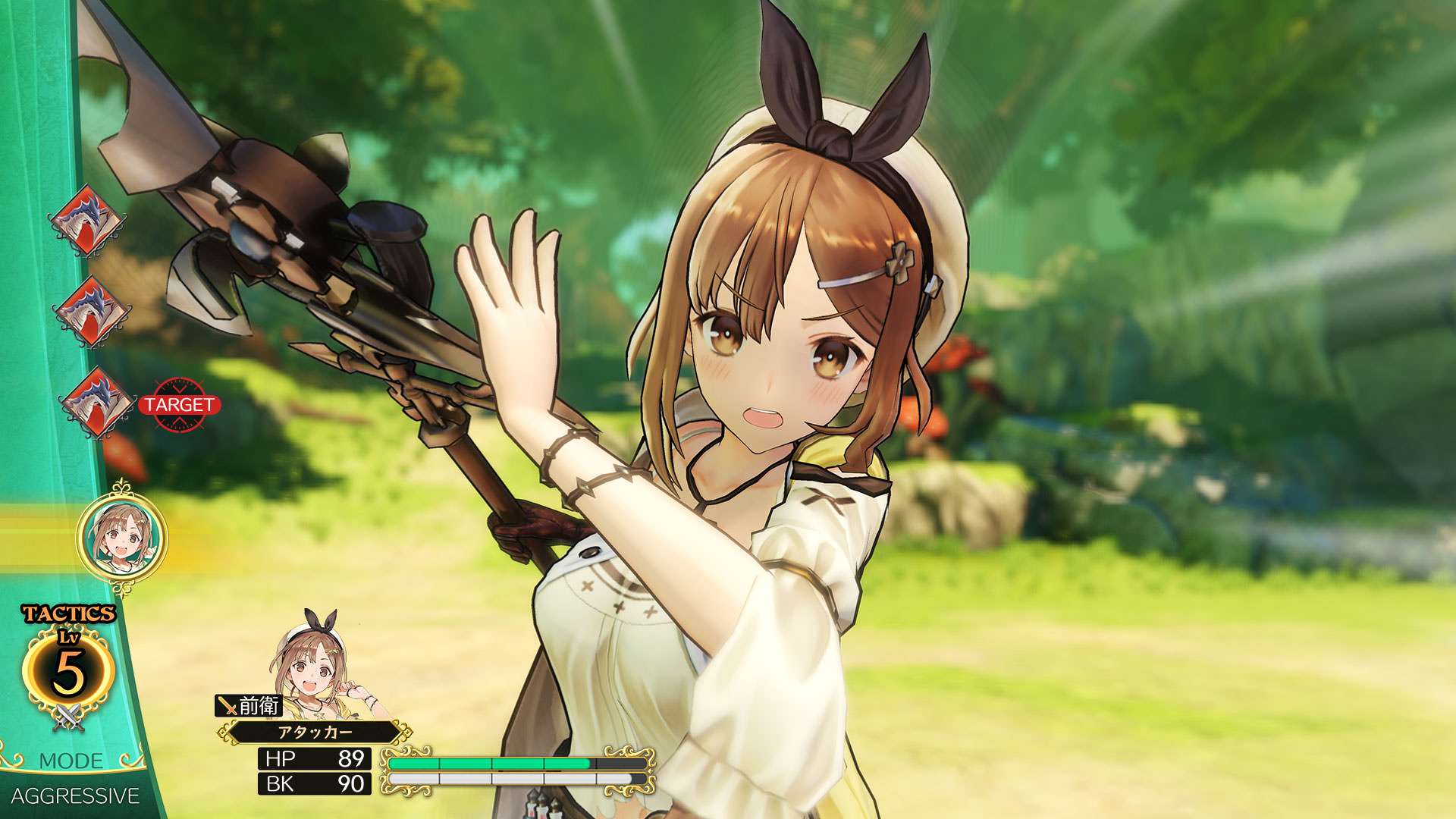 "The end result is a surprisingly involved system, that asks players to manage a whole lot, and rewards those players who are willing to experiment with all the tools at their disposal, and to take risks."

This isn’t all, either – each character can have a role, and each character is best suited for a specific kind of role, which actually sets up team composition and character role assignment to be a big part of how battles, especially harder ones, play out.

I have to be honest, to some degree, this runs counter to just how relaxed these games can be, because battles do require you to be paying full attention (although you can turn down the difficulty should you wish to). But it’s far more mechanically fulfilling this way, so I’m not complaining, especially since the rest of the game still remains so breezy.

Mechanically, most of that rest of the game is you managing your daily schedule (you get a limited amount of time per day, and most activities you can engage in take time – think Persona or Fire Emblem Three Houses), and completing quests. You can also gather materials, to create stuff, which can range from consumables to equippables. Alchemy itself has also changed compared to previous games in the series, though it’s actually not really any more complex than it was before, and is actually a fair bit more intuitive.

Put together, the time management, quest management, and resource gathering ends up creating a steady gameplay loop, which is engaging and which lets you approach the game at your own pace, while also rewarding players who try to get more out of it. 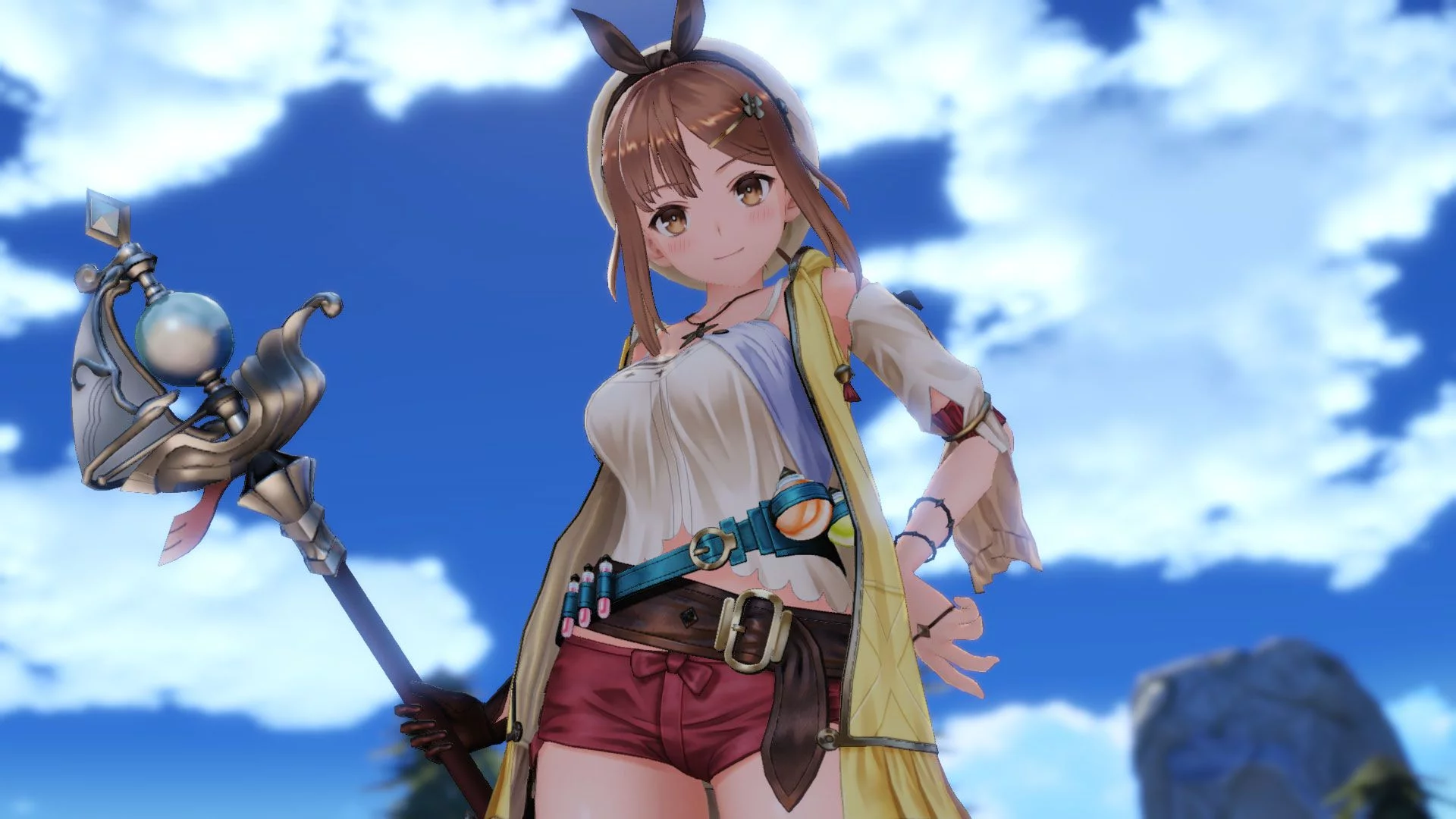 "Atelier Ryza does other things to go above and beyond previous games in the series – the most obvious of these, of course, being just how pretty it looks."

However, Atelier Ryza does other things to go above and beyond previous games in the series – the most obvious of these, of course, being just how pretty it looks. Now, don’t get me wrong, it’s never going to win any awards for its graphics (and things like you being able to run into NPCs, or flat textures, or dithering, or a lack of aliasing, can stand out very noticeably for those with an eye for that kind of thing), but it’s a very clear step up from previous games in the series, and looks extremely aesthetically pleasing, especially because of the art. It’s backed with some very imaginative environments and exceptional character design (the main character, Ryza, being a particular standout), though on the latter front, it still does tend to fall prey to a lot of anime tropes – you know what I am talking about.

As far as other aspects of the presentation go, it’s important to note the game does not have an English dub. I know a lot of fans of anime style games prefer Japanese voices, and that’s fine, but I personally feel a game with this much personality would have benefited greatly from English voices. The absence of English voices did in fact affect my experience with the game, because a lot of times, I simply didn’t know whether the character had finished speaking or not – causing me either to skip ahead to the next dialog before the current one was done, or causing me to wait for a few seconds after the current dialog was completed, leading to an awkward pause. In both cases, that sort of broke the flow of the scene.

That apart, of course, the open ended and relaxing experience I have described in this review can be ideal for a lot of players, but I also understand that for many, it can seem pointless. In large part, it hasn’t changed on that front – just as it hasn’t changed in terms of its more embarrassing anime tendencies, such as a camera that likes to fixate on specific parts of its characters’ anatomies.

No English dub; the game retains the embarrassing tropey tendencies of its predecessors; graphics can be technically lacking

Final Verdict:
GREAT
If you want a really well done, cozy game to kick back with at the end of a long day, Atelier Ryza is one of the best titles on the market to do it with.
A copy of this game was provided by Developer/Publisher/Distributor/PR Agency for review purposes. Click here to know more about our Reviews Policy.