Rolling around, at the speed of sound, Hedgie can squash the player at any moment when it's not scorching them with its shockwaves. 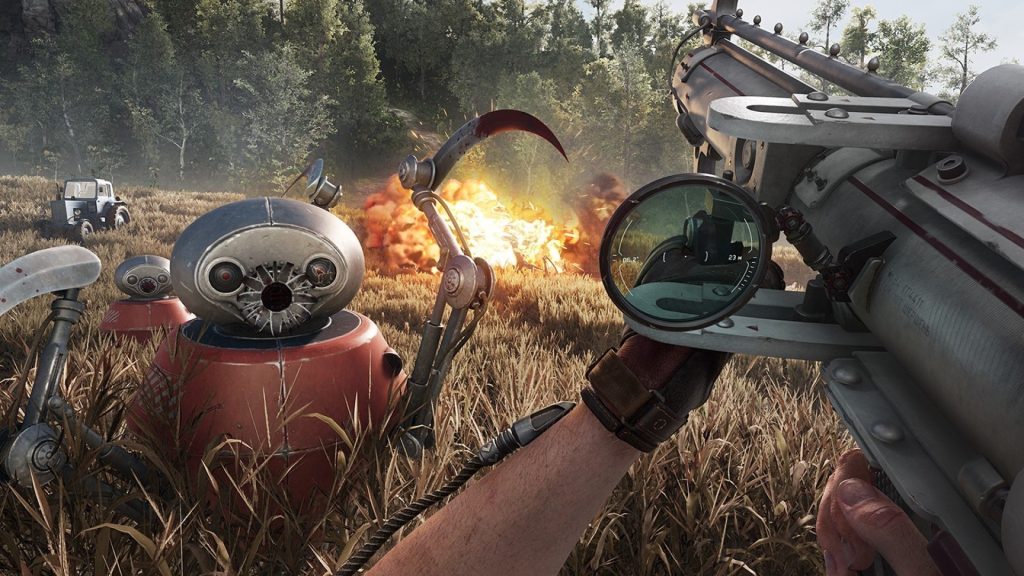 Mudfish’s Atomic Heart has a release date, though we’ll need to wait until next year to play it. In the meantime, IGN First has some extensive new gameplay showcasing one of the bosses. Check it out below.

Known as Hedgie, this massive robot ball rolls around, attacks with its appendages, and generates scorching shockwaves when it bounces. Targeting its weak points is key to knocking it off balance, whether you’re using an assault rifle, shotgun, or a lightning gun that fires charged orbs. The overall attention to detail is amazing, like when Hedgie spins frantically on its damaged leg.

Atomic Heart releases on February 21st, 2023, for Xbox Series X/S, PS4, PS5, PC, and Xbox One. It will also be available on day one on Game Pass. Pre-orders are available, so stay tuned for more gameplay and details in the coming weeks. In the meantime, check out some more combat and enemies here.