We get up closed and personal for ‘Auto Club Revolution’.

We recently had an opportunity to speak with Darren Jobling who is the Chief Operating Officer of Eutechnyx, the developers of Auto Club Revolution.

We talked in great length about what fans can expect from the game, the market of Free 2 Play, new tracks and cars and much more.

Ravi Sinha: Let’s be honest here: Your game is still a bit low-key. Even Wikipedia drew a total blank!

Darren Jobling: The best kept secret in online gaming, right? Actually, Auto Club Revolution is designed by our team for the community and, as such, we take our beta test phase very seriously. We hungrily collect and document all the feedback we get and try to act on each and every good idea.

It’s because of this that we’ve currently only run a few small PR campaigns in the gaming media to generate a useful sized beta test group.  We’re delighted with our incredibly dedicated group of testers and their feedback has brought us much closer to our marketing launch – watch out for news of this soon and you should even see a Wikipedia page too!

Ravi Sinha: When did the idea first hit for Auto Club Revolution, and when was it decided that free to play was the way to go?

Darren Jobling: Believe it or not, the idea was conceived around 6 years ago when we visited China.  Here we were introduced to the free-to-play (F2P) business model and immediately realised that it would apply perfectly to a community based car racing game.

We then took that business model back to the UK and applied it to what we knew people liked to do in the Western World – buying officially licensed cars and customise them by fitting real parts. Eutechnyx is the world’s leading independent developer of racing games, so for us it was a matter of applying our established racing experience to the new concept of F2P.

And free-to-play is intrinsic to the Auto Club Revolution concept. 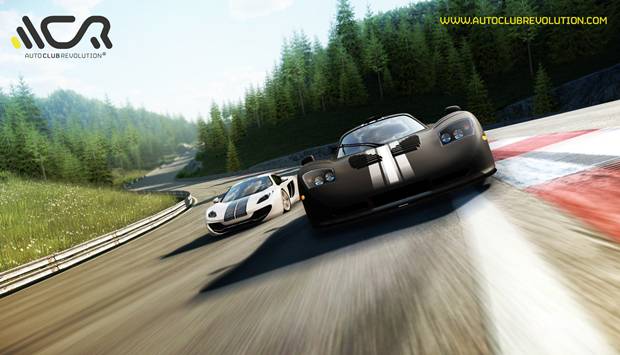 Ravi Sinha: When it comes to designing a racing simulator with cars licensed from the motor industry, titles like Need for Speed: Most Wanted and Forza Horizon are minting money. Do you feel that there is a different audience to explore with F2P that still craves that authentic racing experience?

Auto Club Revolution also offers the racing and car enthusiast a level of social engagement that just isn’t possible on the consoles – places to meet, play, socialise & form clubs with other racers with a level of depth never before experienced.

Ravi Sinha: Do you feel that Auto Club Revolution is aimed at a more casual audience, or that it simply offers something different to the hardcore motorhead?

Darren Jobling: Auto Club Revolution is aimed at anyone with a love of cars and or racing. Our core audience is the die hard virtual racing fan, but the design and playability of the game has also attracted more casual car enthusiasts – the sort of people interested in meeting up with other petrol heads experiencing the latest cars from the car manufacturers.

Ravi Sinha: Of course, Auto Club Revolution isn’t the only free to play racing simulator online. There’s also Codemasters’ F1 Online: The Game. What is it like to have to compete with established AAA companies trying to enter the same F2P spectrum?

Darren Jobling: It is going to be interesting to see how the established companies try and adapt their business models to take advantage of the free-to-play market. Eutechnyx also owns the worldwide rights to NASCAR, the biggest motorsport in the world, so we are aware of the issues Codemasters would have faced when moving a franchise like Formula 1 to F2P online.

However, we have competed with Codemasters on a daily basis for the last 24 years, so we are relishing this new challenge as well – we never underestimate anybody – but I believe that the biggest challenges will not come from the big guys, I believe it will come from the small innovative companies that we all haven’t heard of yet.

Ravi Sinha: From the ground up, what are the challenges you faced in developing Auto Club Revolution?

Darren Jobling: One of the greatest challenges was adapting our console optimized graphics engine and applying this to a web based PC platform so as to maintain a high quality visual product.

We also had to re-invent ourselves as game publishers because we hadn’t published a game ourselves since 1996! A key part of this was generating a close relationship with our community – working out what they did and didn’t like about the beta and changing this prior to the upcoming commercial launch of Auto Club Revolution. 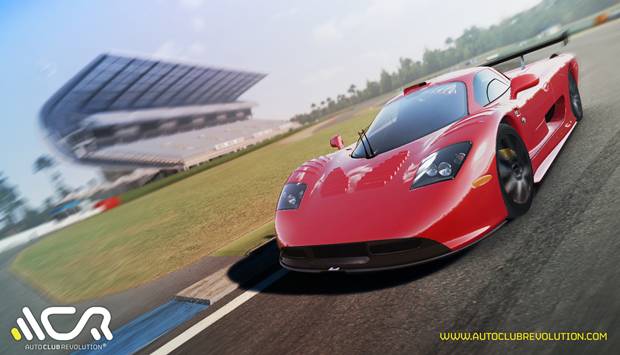 Ravi Sinha: Despite being free to play, Auto Club Revolution looks pretty damn good. When it comes to F2P, what is your take on being able to bring the most premium experience possible with more limited resources than a commercial release would need?

Darren Jobling: Thanks, that’s praise indeed!– We built Auto Club Revolution with the philosophy of ‘no compromise because we’re F2P and as a result we applied more resources to this project than to your typical console game commercial release. It’s now generally accept that MMO games are more costly to produce than their console cousins, and we have applied that same thinking to the F2P world of Auto Club Revolution.

When you think about it, a console game requires that once the game is released, the only fixes or upgrades you can perform are via occasional patches for those connected online, or a new version of the game.  If the game has been released to the public but 6 months later trends change, you cannot change the game to meet those trends.

Ravi Sinha: We’ve already witnessed a new content update for Auto Club Revolution which adds a new track (Kolmården Test Circuit) and new car (Raptor GTR) to the mix. Are there any bigger updates in the pipeline? Maybe for adding new modes and such?

Darren Jobling: You can expect new content from Auto Club Revolution on a regular basis – at the start of the project we were adding one car per week and we intend to keep up this type of momentum. As we are working in collaboration with all of the world’s biggest car makers, you’ll also be able to experience the latest models in Auto Club Revolution as the car manufacturers release them to the public.

We are also adding at least one new track and game mode every single month. There is a commitment to bring significant new content to the Auto Club Revolution world, to grow the game and build on the unique nature of the experience for new and current players. An example of this was the first iteration of our fan group feature ‘Auto Clubs’ which released at the end of last year.

Ravi Sinha: In terms of players, what kind of numbers does Auto Club Revolution usually see on a monthly basis?

We’re really happy with the growth of our beta community since launch last year and you should expect to see a significant rise in the game’s profile as our marketing team begin their assault in the coming months.

Ravi Sinha: When it comes to cultivating a community of gamers, and to have them continue coming back, what kind of challenges have you faced?

Darren Jobling: As with any new game, the most important first steps are laying down foundations for a strong community to flourish through playing the game. With Auto Club Revolution being a very social game, cultivating that community and encouraging players to come back on a regular basis has happened by listening to the players and adapting the game to what they would like to see. The biggest example of this is the ability to obtain cars with in-game credits, knows as our ‘Cars for Credits’ feature.

We of course face the usual challenges of keeping long-term players interested by offering awesome content throughout their gameplay and community experiences. This is something we’ll continually work on, but signs so far are very positive – many of our higher ranking players continue to remain heavily engaged despite reaching the highest rank, with many becoming our most enthusiastic fans. 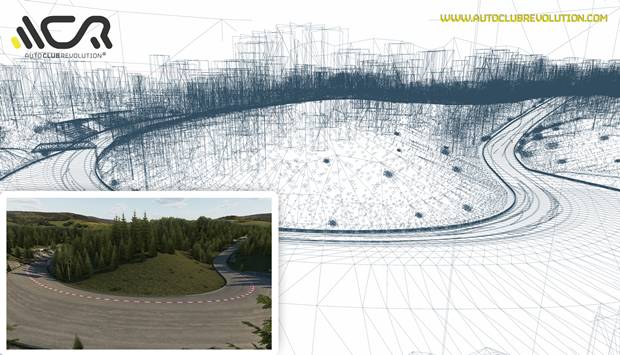 Ravi Sinha: Nowadays, racing games tend to lean more towards an arcade-like experience of freedom while still offering a large dose of realism with the vehicles. Do you think we’re past the days of simple simulation-only titles like Gran Turismo or arcade racers like Wipeout?

Darren Jobling: No, their days are certainly not over.  What’s fantastic about the games industry in 2013 is that it’s grown so much, not just in terms of the number of players but the variety of platforms that you can play on.  Simple arcade games work perfectly on mobile platforms, yet PC players typically need a more in-depth experience.

We think the same is true of the F2P market, both hardcode sim, arcade and even single button free have their place.  We believe with a game like Auto Club Revolution, that a strong game experience coupled with rich authentic (including licensed) content built on a strong community platform is the way forward.

Ravi Sinha: What is your take on the market of free to play games for consoles? Currently, these games seem to be restricted to PC despite big names like Bioware and EA announcing F2P titles and Crytek seeing solid numbers in Russia for their FPS Warface.

Darren Jobling: All good news for the game player – the more options the better to experience a game before you part with your hard earned cash has got to be a good thing.  It now seems extremely likely that F2P will form a major part of the strategy for the future of console gaming and we’re pleased about that.

Ravi Sinha: 2012 alone saw a pretty big rise for F2P titles, with games like Tribes: Ascend leading the way. What do you think prompted this rise and the subsequent influx of big name companies for a piece of the piece?

Darren Jobling: When we first saw the free-to-play business model in China I remember thinking that we were going to have real problems in the console game world – it is such a compelling “try before you buy” concept.

Sure, not every game will go free-to-play and there are some games where this model won’t work, but the great news is that there will continue to be a wide variety of business models in the games industry, but the historical big name publishers obviously want a piece of this action and they are entering the market aggressively.

However, free-to-play is a totally different design mentality – applying console game design to F2P is unlikely to be successful. Therefore, expect some spilt blood during this transition, even for the big established names in console publishing. 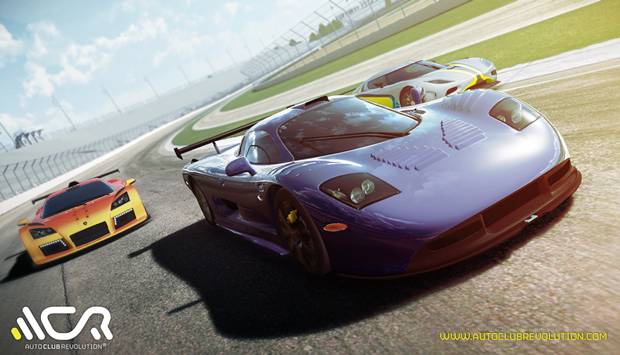 Darren Jobling: I think that it has, especially in places like the UK that haven’t been as quick to get into free-to-play as say, somewhere like Germany, our number one territory for Auto Club Revolution players.

Ravi Sinha: For the game, and market, to continue to thrive in the future, what measures do you feel should be taken going forward?

Darren Jobling: In no particular order, I would say: –