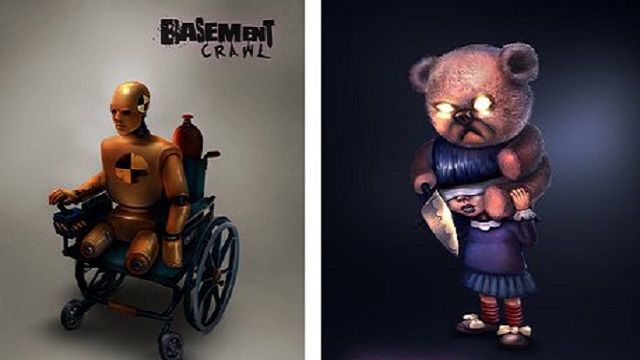 Bloober Team is a Polish developer who is working on Basement Crawl, a classic maze-style multiplayer title coming exclusively to PlayStation 4. We recently got in touch with Aron Cender, who is the Marketing Manager at Bloober Team and asked him several questions regarding the game and their experience working on Sony’s next generation console, the PlayStation 4.

It is a well known fact that several developers have claimed that the PS4 is 50% more powerful than the Xbox One. We decided to ask Aron’s thoughts on the same and whether that kind of power really matter in games development, to which he replied:

We didn’t have any contact with Xbox One, so it’s hard to compare both consoles. However, if you look at pure numbers it seems that PlayStation 4 is more powerful. Most games run better on PS4, with higher resolutions and FPS, so I’m pretty sure Sony did a better job at making a gaming console. Pure computing power is for sure an important factor for developers, but we should also remember how easy it is to access this power. Overall PlayStation 4 is a great and powerful tool. Our games are not that demanding on hardware as AAA titles, but we can see how well-engineered the PS4 is.

We also asked his take on working on hardware as a whole and what about it that immediately stood out to him as a developer.

PlayStation 4 is a very powerful machine. Even though Basement Crawl is an indie title, nowhere near to AAA scale, we still have a lot of respect for Sony – they created an amazing piece of technology. During the production of Basement Crawl PlayStation 4 was still being developed, so we had to adapt all the time and change a lot of things. But without any doubt it’s a very powerful tool for developers.