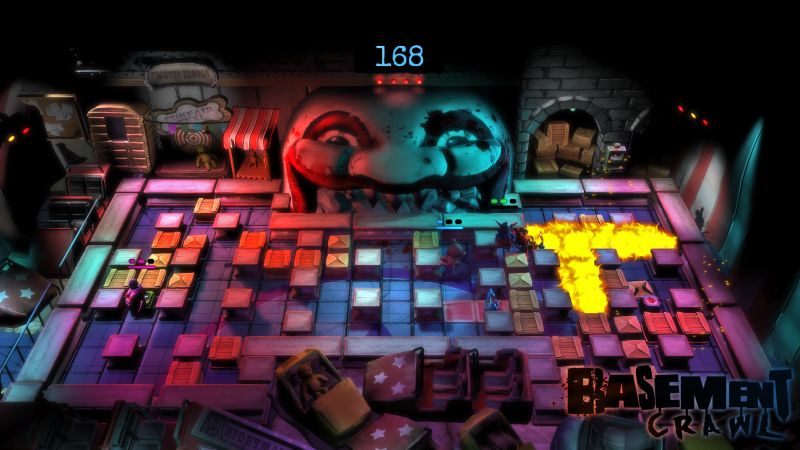 After being delayed from its initial release date, Bloober Team has announced that Basement Crawl will be releasing on the PlayStation 4 on February 25th in North America and February 26th in Europe. It will retail $9.99/€9.99/£7.99.

Bloober CEO Pitor Babieno stated that, “There really is no other game like Basement Crawl, a game that both revives the classic fun of crushing your friends face-to-face while also allowing international battles for supremacy.”

We’d ask Bomberman what he has to say about that but we’re not sure he can talk.

Basement Crawl does give a slight horror twist to the proceedings as you play as a crazy clown, a possessed bear with his disturbed little human master, and many more. We’re interested in just how different it is from the Bomberman franchise but for the most part, the zany horror aspect could be worth the price of admission.

What do you make of Basement Crawl? Let us know below.