Ever since Batman: Arkham Knight came out, both Batman and the developers that worked on that series (Warner Bros. Montreal and Rocksteady Studios, specifically) have gone into hiding. While there’s been lots of teasing and rumors, we’ve yet to see anything official about the future of the franchise since 2015. Now, an anonymous leak might be able to shine light on something that could have been, with details and concept art from an alleged canceled Arkham Knight sequel.

The rumor came from a 4chan source that has since been deleted, but the concept art was caught beforehand, which you can see below, and which some quick Reddit users managed to sum up the details for.

The game allegedly took place in the future and followed a new Batman in the form of Damian Wayne, the son of Bruce Wayne. It would have featured a run down, near-abandoned Gotham and featured the likes of an aged Two-Face known as The Judge, a new Posion Ivy, a female Black Mask, and some more off the wall villains like Gorilla Grodd and Flamingo (all of those, with the exception of Flamingo, are in the alleged concept art). There were no plot details given, but the poster did say a Nemesis System of some kind would have been in the game, similar to Monolith’s Middle-Earth titles.

As always with leaks of this nature, especially from anonymity-based sources like 4chan, we have to file it away as a rumor. But I will say that if this is fake, a lot of work went into it, since the artwork looks very official, and no one has found similar fan mock ups as of writing this.

Along with this material, the leaker also said there was a canceled Suicide Squad game, something we’ve heard before, and that Warner Bros. Montreal is working on a new Arkham title, which lines up with hints the developer have dropped recently. As far as Rocksteady, they’ve only said they were working on a “superhero creation” game of some kind, with no other details.

Assuming this is all real, it’s interesting to speculate exactly what happened. Since the Arkham games have been critical and commercial successes, what made the production get canceled will probably be a mystery that may never be known. It seems whatever happened delayed both developers, pretty significantly, as it’s been nearly 5 years since we’ve heard anything official from Rocksteady, and almost 7 for Warner Bros. Montreal. Hopefully, we’ll see something from either of them soon. 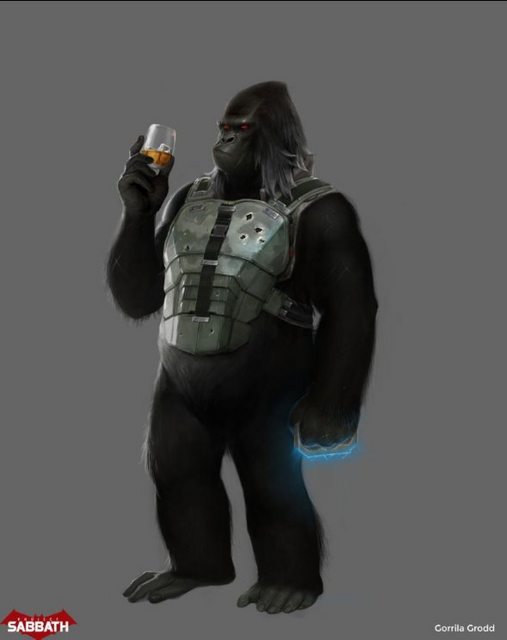