Rocksteady Studios’ Batman: Arkham Knight, which apparently ends the series in grandiose fashion, was delayed not too long ago before E3 2014. The open world title was slated to release this October but was pushed into 2015 to allow for more polish and refinement. Rocksteady hasn’t hinted at a definite release date but a listing on the Microsoft Store pegs the game as released on February 24th 2015.

You can check out a screenshot of the listing – which is still up as of this writing – for the Xbox One version below. It sounds just about right, though without any official confirmation to go by, it’s Microsoft’s word against Rocksteady’s.

Batman: Arkham Knight will be out on the PS4, PC and Xbox One, and will allow players to drive the Batmobile for the first time in the series’ history. It also includes a new character with the Arkham Knight, who may or may not be Jason Todd. Stay tuned for more information. 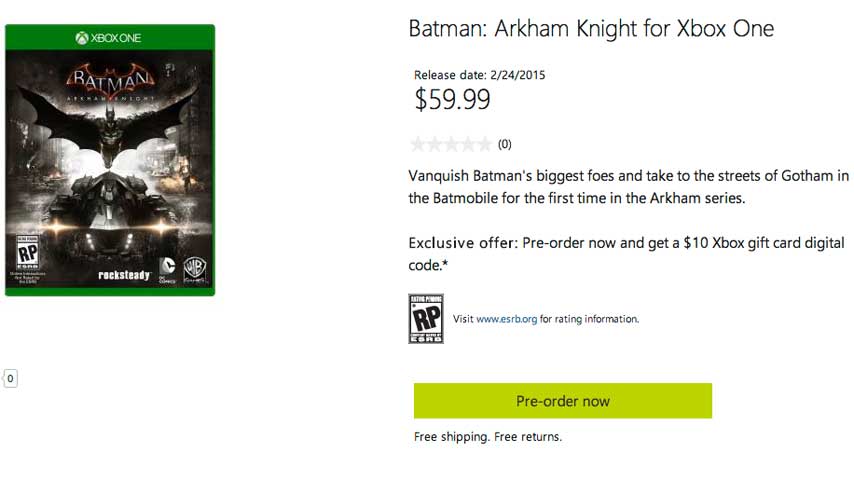