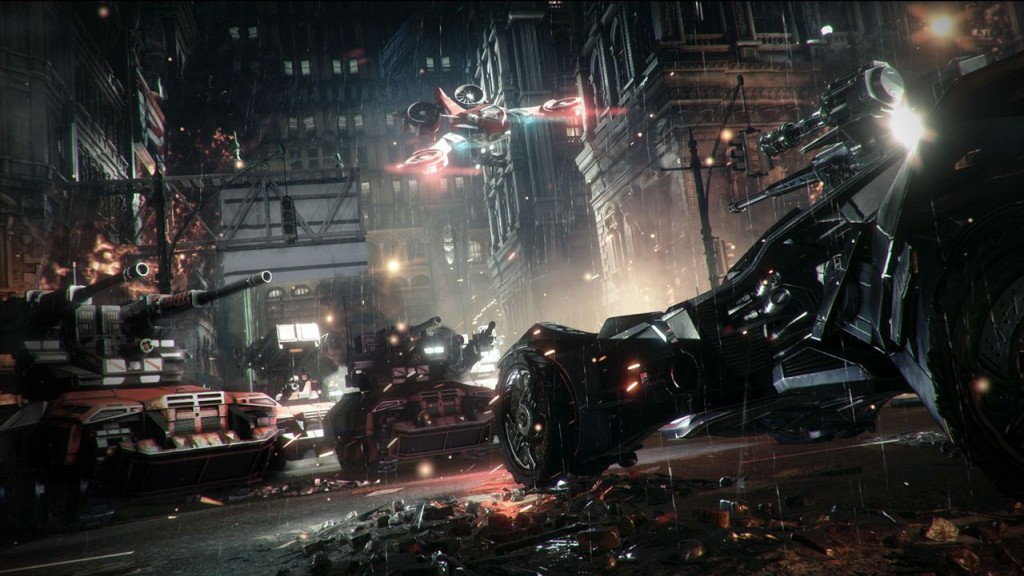 Some new information regarding Batman Arkham knight has recently come to light. Gaz Deaves, the Social Marketing Manager with Rocksteady Studios, has let us know about their creative reasoning behind the world they want to create in the game.

“One of the things we wanted to do with the environment for Batman: Arkham Knight is create this living, breathing, complete version of Gotham City. Our approach to game design has always been about taking the time to put a lot of care and detail into our locations because it makes the experience so much more immersive,” he said to GamingBolt.

Following this, he goes on to talk about the actual size of the game world. Know that it’s not hyperbole when I say it’s monstrous in scale. Deaves said, “When you play Batman: Arkham Knight, you’ll be exploring an environment around five times the size of Arkham City, but really the important thing for us isn’t so much the scale of the city: it’s the detail and care that goes into every inch of it. That’s what makes it feel like Gotham.”

As more and more details continue to roll out about Batman Arkham Knight, its easy to see why the hype levels continue to grow higher and higher. An enigmatic foe, some new gadgets and news ways of using them, plus an all new Batmobile that is, for all intents and purposes, a tank.

Are you as excited as we are?